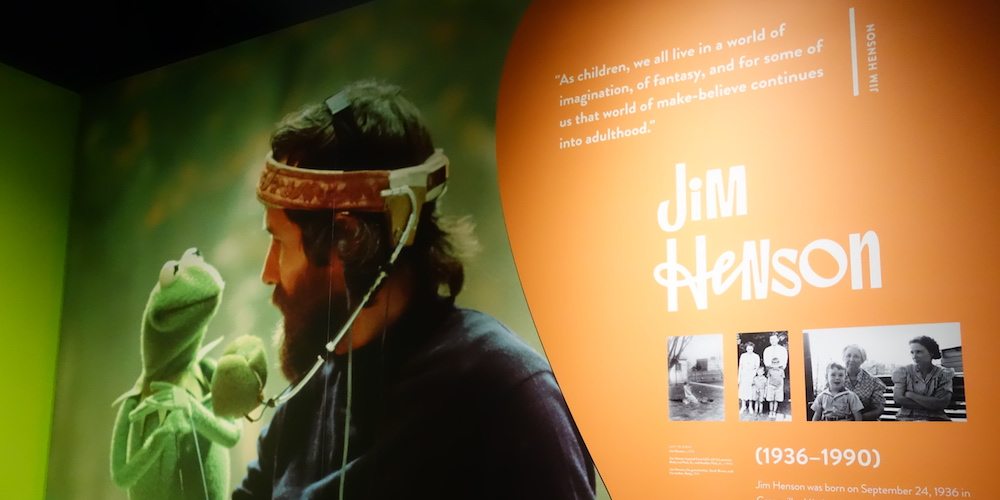 Chances are, Jim Henson has been a part of your life at some point. Whether you giggled at the Kermit flails on The Muppet Show as a kid of the ’80s or you’ve watched Sesame Street bleary-eyed with a toddler that woke up at 5:00 AM or both (like me), Henson’s magic and creativity likely hold a special place in your heart.

The Jim Henson Exhibition: Imagination Unlimited is a traveling museum exhibit from Museum of the Moving Image that captures that same spirit in one incredible collection of videos, photos, scripts and drawings, and even Muppets. The exhibit is making its first stop at Seattle’s Museum of Pop Culture (formerly EMP Museum), and it’s an inspirational, celebrational, and Muppetational look at Henson’s life and work.

If you’re a Jim Henson fan who gets the opportunity to check it out, here are five parts of the exhibit that you just can’t miss.

You might think you know Jim Henson’s body of work, but The Jim Henson Exhibit showcases much of his lesser-known early work on commercials, television, and film. It may not be as popular, but his early work isn’t any less creative or whimsical. While the Wilkins Coffee commercials of the 1960s are short and silly, it’s his short film Time Piece that’s absolutely fascinating.

Time Piece was an experimental, live-action short film that starred Jim Henson, who also wrote and produced it. It’s a surreal, fast-moving film filled with imagery and energy as a man attempts to escape the passage of time. Henson was nominated for an Academy Award for his work on the 1965 film. 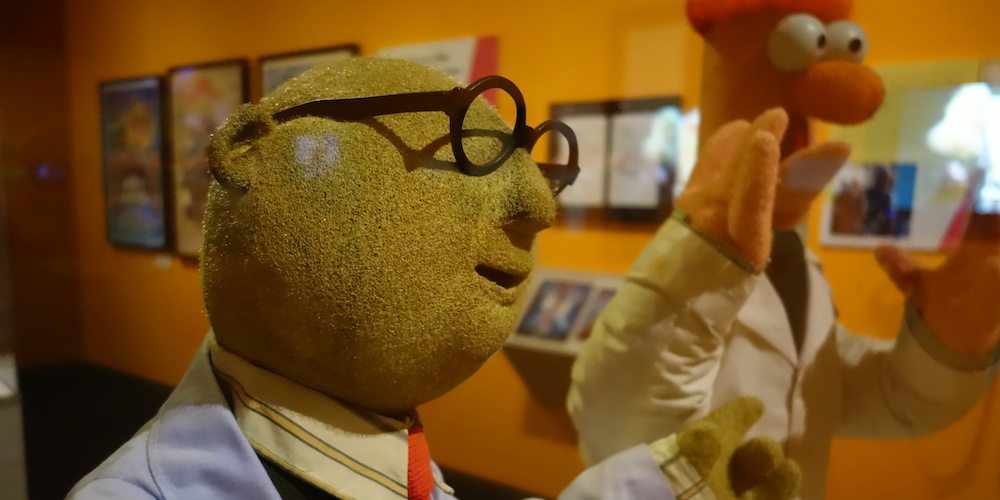 It’s an incredible experience to see your favorite Muppet characters up close, and that’s just what The Jim Henson Exhibition gives you the chance to do. You’ll see every tuft of fur on Grover’s cute little head, Bert’s fluffy eyebrows, and Red from Fraggle Rock‘s floaty pigtails as closely as you’d ever want to.

Bunsen and Beaker, who often showed off the latest experiment from Muppet Labs on The Muppet Show, look every bit as you remember them from the small screen. It’s almost surreal to see them right up close, down the foam, plastic glasses, and cotton lab coat on Dr. Bunsen Honeydew. The puppet was crafted in 1976 and designed by Jim Henson. 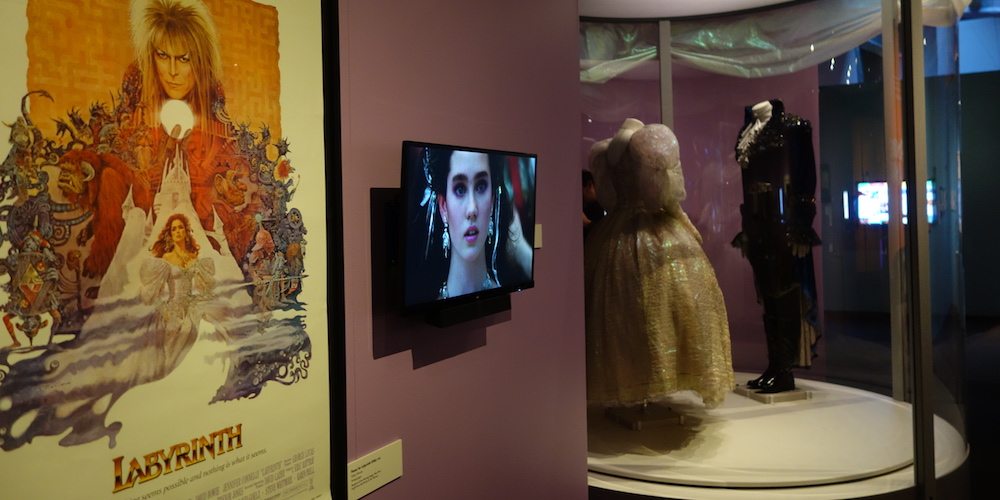 If you’re ready to have a magic spell put on you, make sure to explore the Labyrinth section of the exhibit. Not only will you find props and notes with the behind-the-scenes tidbits about the fantasy classic, you’ll be mesmerized by the endless waltz of the intricately beaded costumes worn by David Bowie and Jennifer Connelly in the ball scene.

The Muppet Show (1976-1981) remains a timeless comedy for kids and grownups alike. You’ll find puppets used in production of the show, along with design notes and a screen filled with a seemingly infinite number of episodes playing together.

Don’t miss the life-size recreation of the arches from The Muppet Show‘s opening number; it’s an irresistible photo op that everyone in your family will want to take advantage of. 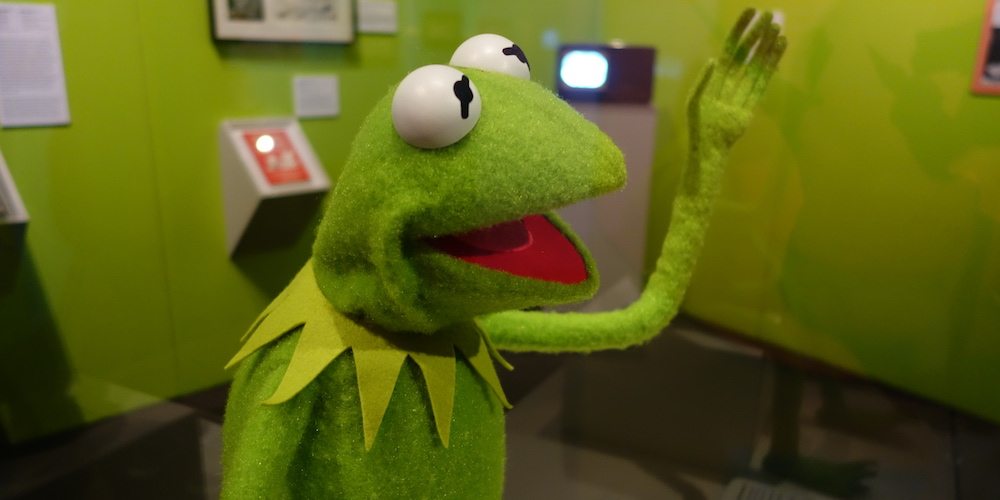 There’s only one Muppet who should greet you when you walk into the exhibit, and, of course, it’s Kermit the Frog. The puppet on display is from 1978, although the first Kermit was built by Jim Henson in 1955. The accompanying plaque credits Henson as saying, “Kermit is the closest to me.”

The Jim Henson Exhibition: Imagination Unlimited captures the spirit and creativity of Jim Henson so completely that I couldn’t help leaning over to Kermit and whispering a thank you for a lifetime of smiles and warm fuzzies. I’m pretty sure he heard it.

Angelina Jolie as Maleficent in 2014