I’ve just started re-reading the Harry Potter books again (now that my youngest son is 9 3/4), and I must say, one of the great things about the series is how fresh and alive it still is. Of course, JK Rowling is wonderfully active online and still writing stories that allow us to escape our Muggle world, Harry Potter World welcomes visitors, and online we can find fan fiction and chat rooms aplenty to sate our HP appetites. And still, as I restart the series for the tenth time (once each time a new book was released, plus once reading to my kids), I discover something new.

In some ways, perhaps. But overall, I disagree. I believe the reason Harry and Hermione are always just friends is because Hermione’s experience is so like his mother’s.

Both Hermione and Lily were born of Muggle parents who were supportive, excited, and encouraging to their bright magical daughters. Both girls grew up to be brilliant students at Hogwarts. As Petunia reveals in Harry Potter and the Sorcerers Stone, “…for my mother and father, oh no, it was Lily this and Lily that, they were proud of having a witch in the family!” Meanwhile, we know Hermione’s parents were proud and supportive of her, and we see them accompanying her to Diagon Alley before their second year at Hogwarts in Harry Potter and the Chamber of Secrets.

Harry and Hermione do have things in common. Hermione, like Harry, is an only child, so understands him on that level. And certainly, he bonds with her over their familiarity with all things Muggle. But while this may be comforting to Harry, it’s not like he was yearning for his Muggle existence that he would ever seek out Hermione’s company for that reason. No, their shared Muggle background had no romantic significance, but more the familiarity that exists between siblings sharing knowing glances when someone mentions their parents’ crazy antics.

Hermione represents an ideal Muggle existence for Harry, the idea of what life may have been like had he been fostered with supportive parents. But more importantly, it gives him insight into his mother’s Muggle childhood, specifically her Hogwarts experience. And for Harry’s early days at Hogwarts, spending time with a girl as bright as his mother, with the same Muggle background as Lily, it must have come as quite a comfort on a level he never conscientiously recognizes or expresses, but which certainly explains why he would never have viewed her romantically (as is obvious by spending seven books inside his head).

As Rowling herself said in the interview, “Hermione’s always there for Harry.” Yes, just as family would be. Just as his mother would have been.

Besides, on a purely literary level, the story simply doesn’t support Harmione. Even if Rowling admits that Ron-Hermione was “wish-fulfillment,” it’s an outcome supported by the painstaking relationship development she established throughout the books. Just as she patiently built up the Harry-Ginny relationship.

In the end, Rowling admitted that “these uptight girls, they do like them funny.” James Potter may have offered that to Lily, but for Hermione, it was only ever Ron who could fill that role. 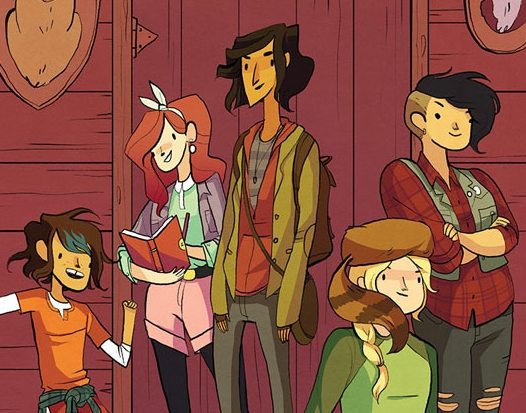