Sometimes you just need to load up a video game and blast the face off some random alien. I’m good with that. I absolutely approve of this treatment for mental health. I’m not a mental health professional (in any shape, manner, or form) but I totally empathise with the need to use video games as a way of helping mental health issues. And I’m not alone.

Non-profit organisation CheckPoint recently launched its Kickstarter campaign for a web series aimed at helping people with mental health issues using the power of video games. So far, they have raised $36,ooo and still going.

Their web series is all about helping people understand what they are going through, find the resources right for them, and let them know “you are not alone.”

Season 1 is aimed at Mental Health Essentials, including vital education about each condition. It even comes with special guests who have lived the experience, including game developers and content creators.

Season 2 is when they start looking specifically at using games for a positive purpose. There is a discussion about the psychology of game heroes, representing mental illness, and creating games commercially for wellbeing.

To give the Kickstarter campaign a boost, this weekend, CheckPoint is live-streaming a huge gaming marathon, supported by a line-up of incredible streamers, raising awareness of video games and mental health issues. The 48-hour marathon stream begins at midnight on Saturday, May 20 (Aust EST).

There will be content creators from all over the globe, donating their time and resources, coming together to raise awareness for mental health issues. Together with their audiences, they’ll be spreading the word about the Kickstarter campaign and mental health issues in general. There are also a bunch of prizes: limited edition games, tickets to PAX Australia, thousands of steam keys, and gaming gear.

The fundraising live stream has an unfortunate synchronicity with the recent tragic and unexpected loss of Chris Cornell, best known as the powerful singer from Soundgarden. Fans and friends have taken to social media, expressing their grief and calling out to anyone who is living with mental health issues. At times like these, it is touching to watch our community band together in support of others who may be suffering as well. 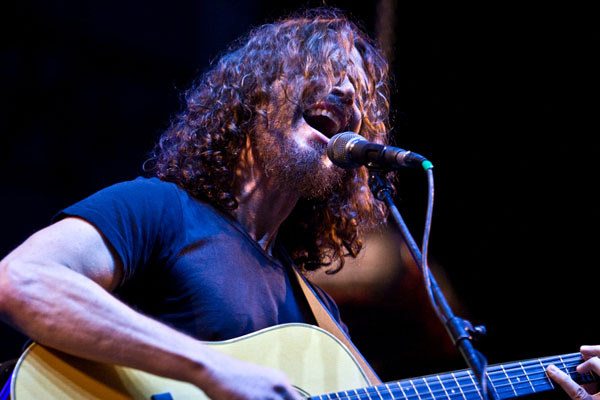 The thing about mental health is that everyone has their coping mechanism; sometimes it is medication, sometimes it is computer games, sometimes it is a cup of tea, and sometimes it is all the above and a need for more. Society is improving in its collective understanding and empathy for those who are suffering. However there is still some judgment out there, so when depression and suicide and anxiety hit the mainstream news, it is really important we band together and make sure all of those tools are available.

If you or anyone you know needs some support right now, there are people you can talk to. Google “suicide prevention” and your local hotline should pop up.

If you’re looking for a gaming community to bolster your mental health, check out the CheckPoint 48-Hour Marathon this weekend. Details are here: https://www.twitch.tv/events/47033