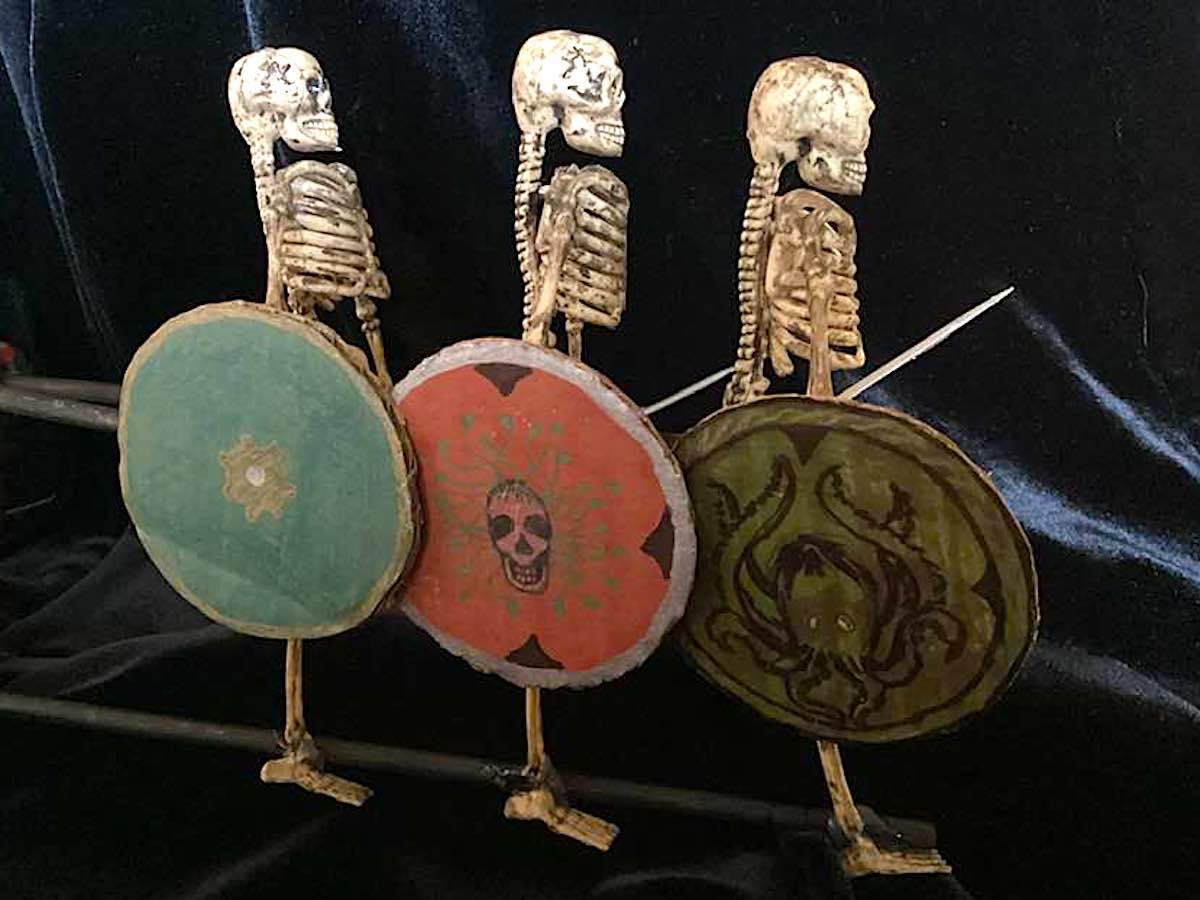 Ray Harryhausen was best known as a pioneer in the filmmaking world for his work in stop-motion animation, and he grew up making models and marionettes and experimenting with homemade stop-motion animation films in the family garage. He was born in 1920 in Los Angeles where the magic of movies like King Kong and The Lost World inspired him. He especially loved dinosaurs and fantasy works.

According to his biography in Britannica, Harryhausen was 18 when he met an influential animator named Willis O’Brien who encouraged him to learn more. He took courses in anatomy and art at his local city college and moved on to filmmaking courses at the University of Southern California. There he was already breaking ground by developing a technique called Dynamation. Using this method, live actors could appear to interact with animated models.

His first animating job was in 1940 with Puppetoons short films. He served in the Army during World War II and worked on propaganda films with director Frank Capra.

After the war, he returned to working on short films. His first feature film work was doing the animation in the 1949 film Mighty Joe Young, which won the Academy Award for special effects. From the 1950s through the early 1980s, he worked on special effects and animation for more than a dozen films, including Jason and the Argonauts, The Gold Voyage of Sinbad, and Clash of the Titans. Even after he retired in the ’80s, he continued to contribute to projects well into the 2000s. He also released his autobiography in 2003.

To get a proper look at his characters and techniques, Dark Corners Reviews gives a good rundown of some of his most memorable characters. There’s even a peek at Harryhausen himself fighting off an alien in some test footage:

Harryhausen died at age 92 in 2013, but his legacy continues through the Ray and Diana Harryhausen Foundation. The foundation was created in 1986 to preserve and archive the artist’s works, as well as host exhibitions and other educational events for those wanting to learn more about his contributions to animation and the film industry. There are currently more than 50,000 items estimated to be in the collection.

In June of 2022, the foundation gave out its first Ray Harryhausen Award celebrating contemporary filmmakers and animators influenced by his work. The first feature film recipient was an experimental animated horror film, Mad God.

Whatever his project, Harryhausen loved telling a good, out-of-the-ordinary science fiction or fantasy tale. He felt the cinema was made for fantasy tales rather than “normal” or “mundane” stories.

“It gives you a feeling of wonder, for one thing, it gives you stimulation of the imagination, and I think adults like fantasy as well as children,” he said. “Most people feel it’s rather childish to have an imagination. I don’t agree with that. I think you should go through life and imagine the very best.”

I need to start this project with a disclaimer: we are not going to be learning the art of stop-motion animation, as there is much more to that than I can even begin to give in a short little family project.

We are, however, going to “bring to life” a couple of members of one of the most famous of Harryhausen’s creations, the skeleton army.

With this being the last project of the season, summer is now fading into fall. That means Halloween and fall decorations are popping up everywhere. This will be a fun way to transition into the upcoming spooky season, particularly since the main item needed for this project, little plastic skeletons, is not too hard to find.

You will need more than one little jangly skeleton decoration (about 8″ tall), with good articulation in the hip and shoulder joints. Some of these you can find may also bend in the knees and elbow if you’re fortunate.

You’ll also need two pairs of cheap chopsticks, two pipe cleaners, a small sword-shaped toothpick for each skeleton, and a sheet of cardstock or a similar-sized piece of cardboard.

This will work with two or more skeletons, but three is a good, manageable number.

Before starting, I like to paint the chopsticks black so they don’t show up as much against a darker background.

First, line your skeletons up in the same direction, separated by equal spaces, as if they are getting ready to queue up for something. Using a glue gun, glue a chopstick to the inside left ankle of each skeleton, making sure they are the same distance apart. Do the same for the inside of the left ankle.

Once the legs are dry, glue a chopstick to the inside of the right wrist, then the left. Again, make sure the arms are evenly arranged.

Wrap the ends of a pipe cleaner to the back end of one chopstick on the arm, and the other end on the leg. Do the same with the other side. The pipe cleaners are the “handles” for your little marching line. If the pipe cleaners seem a little flimsy, you can add a second pipe cleaner on each side to make it more study.

In one hand of each skeleton (it doesn’t matter which, as long as it’s on the same side for all of them), glue a little toothpick sword, you can leave them the bright colors they are or paint them silver, gold, or even a rusty brown.

Use a small lid or glass to cut out circles in the cardboard or cardstock. These will be the skeletons’ shields. Paint them a single color or add a design of your choice to make them look more like the shields in the Jason and the Argonauts movie. You can also add your own designs.

Glue a finished shield to the other hand of each skeleton.

The look is complete, and now it is time to try them out!

These are easy to manipulate. Grab the center of each of the two pipe cleaner handles. Bring one hand forward to help them take the first step, then the other hand. If you do this correctly all the hands and legs on one side will move in cadence, like good little soldiers.

Try it out in front of a darker background for your own little puppet show. These may not be the most updated, state-of-the-art effects, but even the simplest ideas and techniques can have some very cool effects.

It doesn’t matter if it looks completely real, as Harryhausen knew the value of fantasy in storytelling.

“If you make things too real,” he said on the quality of stop-motion animation, “sometimes you bring it down to the mundane.”