It was, frankly, an ugly book. The dust jacket had fallen off long before, revealing a binding that had faded to a puke-green with flaking print and some terribly dated-looking psychedelic swirls (I mean, this was the 1980s already, book, what were you thinking?). But I recognized the title from a filmstrip we’d recently watched in my fourth-grade Language Arts class, on Newbery winners. The filmstrip had suggested it might be a scary book, and I was all for scary books. You’d never know it from the title, though: wrinkles? Time? Was this about old people?

So I pulled it off the school library shelf to look for more clues. Without the dust jacket, I didn’t have much, so I opened to the first page. “It was a dark and stormy night.”

By the time I got to “It’s not just the weather, she thought. —It’s the weather on top of everything else. On top of me. On top of Meg Murry doing everything wrong,” I was hooked. Here was this girl with glasses and braces and boring-colored hair who felt like a misfit monster, a girl who, unlike most kids, admired and envied her parents, rather than rejecting them, because they seemed so much more cool and together than she was; this was a girl I understood. And as her story became more and more mysterious, the more I couldn’t put it down—the more things I bumped into, sliding boards I fell off, people I ignored, until I finished, and proclaimed solemnly to my mother, “You HAVE to read this book.”

But it was as I reread it—over and over, over the course of years—that it really had its effect. To think that an awkward, nerdy, unattractive, faulty girl could have an important part to play in the Cosmic Battle of Good and Evil! To think that she could make a difference, save lives, fight evil, just by being herself! To think ALL YOU NEED IS LOVE, years before I even worshipped that band! It was exactly what an entirely Meg-ish girl like me needed to hear, time and time again.

As I sat in my university dining hall, berating myself over my struggles in my Literary Analysis class (the basic prerequisite of my current major, English), I swear, clear as day, the voice of Mrs Whatsit popped into my head: “I give you your faults.” Like she was one of those little angels that sits on the shoulder of a cartoon character. And I got it—it wasn’t so much that I was bad at literary analysis, it was that the very things that made me bad at literary analysis—a childlike enthusiasm, an out-of-the-box way of seeing—were the very things that made me GOOD at bringing literature to life for kids instead of academics. So I changed my major to elementary ed and (aside from the issue that I can’t manage an actual classroom) suddenly had found my niche. Thanks, Mrs W.

Four years later, thinking about how much I loved sending and receiving letters, it occurred to me that I’d never sent a FAN letter before. I’d start with the most important ones: I wrote thank yous to the woman who wrote my favorite book and to the man who wrote my favorite song. I never found an address to mail the latter (I’ll write more about that one later this month), but author fan mail is easy: you mail those letters to the author’s publisher. So, in early February, 2001, I sent a letter to Madeleine L’Engle c/o Farrar Straus and Giroux.

In November, a month before I moved out of that apartment, a letter came, return-addressed from the Cathedral Church of St. John the Divine in New York City. Why and how would I be getting mail from—oh! I didn’t remember what the name meant to me until I opened it: the library at St. John the Divine was where Madeleine L’Engle worked. And I’d sent her a letter ten months before.

Inside the envelope were two pages. The first was a generic form letter about Madeleine L’Engle, biography on one side, bibliography on the other, and a picture. The second page was also, in the middle, a form letter, but a more specific one. I suspected she had several basic form letters discussing the most common things people wrote to her about. Since I had written to her specifically about how A Wrinkle in Time had inspired me, comforted me, and given me courage, this form letter talked about how writing Wrinkle had been her way of reaching for answers to the Deep Questions of the Universe. “I find that in writing story I come closer to truth than in any other way. Stories don’t have to be factual in order to be true. I want to affirm that there’s more to the world than provable facts.”

But that wasn’t all of it. On the top, in black felt-tip, in her handwriting, it said “Amy—” and on the bottom, in the same black felt-tip, her signature. But she also wrote in one more line, one sentence just for me: “I am also gaining courage from the stories….”

One little sentence, one little personal connection between me and a woman who’d unwittingly changed my life, the woman I would name my daughter after eight years later. I am also gaining courage from the stories…. It was a small confidence, a small bit of herself she’d chosen to share with me. She’d been through 9/11 in NYC just a few months earlier. She, who had written these stories, still needed to be reminded sometimes of the Truth behind them. And she wanted me to know that.

I framed that page. It hung beside my desk for a long time, and then when the office became the New Madeleine’s bedroom, I left it there for awhile seeing as it was from her own namesake. (Then she started pulling everything down off the walls and throwing it about, and the frame broke, so I’ve since rescued the letter and it’s now hiding again on my desk, but maybe some day).

The other week I wanted to squee to you about how Ava DuVernay had started filming on the latest adaptation of this book that meant so much to me, but anxiety about current events had wrecked my concentration. It seemed unimportant in the face of everything else that was happening.

But now, as the anxiety changed to straight up fear and grief, I saw one after another of my fellow book nerds online citing stories. Using bits of Harry Potter or The Hunger Games or Lord of the Rings as encouragement, as rallying cries, as sources of strength and light. Wrinkle, too. Of course.

And when you look at what DuVernay tweeted on the first day of filming:

Feeling brave and strong and ready!Appreciate all the love + light! First shot up in 30. Here we go! #WRINKLEINTIME pic.twitter.com/LsF1Pbo2pQ

Brave, strong, and ready. We are all gaining courage from the stories.

“There really aren’t any easy answers to the very difficult questions… but we have to keep asking them, knowing that it’s alright not to have the answers,” my letter from Ms. L’Engle assured me. “Trust yourself. We can still find hope and beauty in the world and not give up on the journey.” 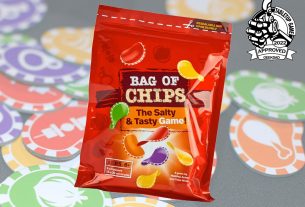 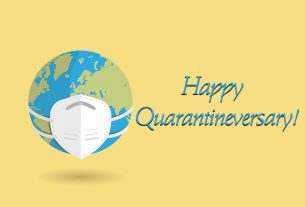 1 thought on “Madeleine L’Engle on Courage From Stories”