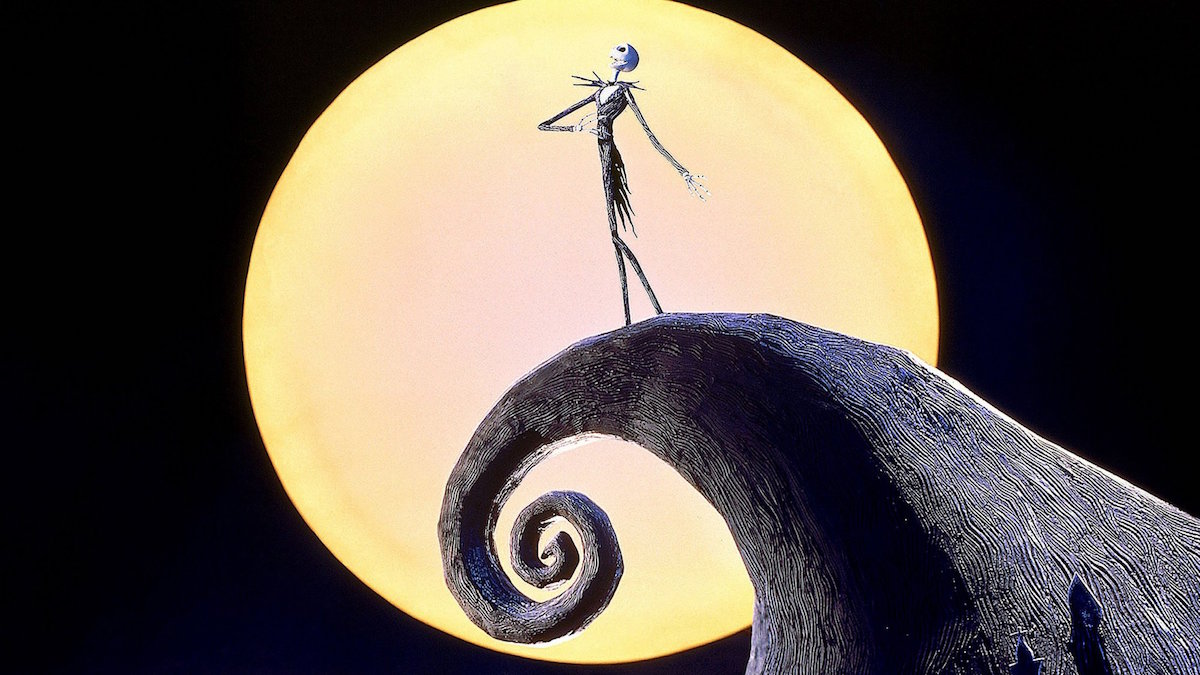 A stop-motion masterpiece turns a quarter of a century this year.

Tim Burton’s The Nightmare Before Christmas, directed by Henry Selick, drew inspiration from the early stop-motion holiday specials of Rankin/Bass, as well as from Dr. Seuss’s How the Grinch Stole Christmas and Burton’s own memories watching Halloween and the Christmas decorations have that weird crossover time in the fall.

Burton first wrote the poem on which the story was based in the ’70s while still working for Disney, and experienced failed efforts to get the poem turned into a book (which it later became) or a holiday television special. It wasn’t until 1993 that the story hit the big screen.

Today, Burton’s Nightmare remains a cult classic, and it has even inspired a three-month makeover of Disney parks’ Haunted Mansion attractions from Halloween to the Christmas season. Despite Disney wanting to recreate a CGI sequel, Burton passed up making an easy profit to keep the integrity of his stop-motion classic intact.

This year, the official Disney fan club, D23 will highlight the 25th anniversary of the film with a special panel featuring Selick and other important members of The Nightmare Before Christmas family during San Diego Comic-Con 2018.

In celebration of this milestone for Burton’s stop-motion classic, here are 20 fun and geeky facts about not only the movie, but about artistry of stop-motion movie making:

1. The Nightmare Before Christmas took three years to create, at 24 frames per second. The completed film has around 110,000 frames, and there were more than 400 heads with various expressions created for Jack alone. Surprised, aren’t you?

2. The ragdoll Sally, who had such an important role in the movie, is not named in the picture book. She can only be seen on one page—in the crowd of Halloween Town residents watching Jack’s presentation about what he saw in Christmas Town.

3. Jack Skellington pops up as an Easter egg in at least two other stop-motion Selick films: Roald Dahl’s James and the Giant Peach, where he appears as a pirate captain, and as literally an egg in Neil Gaiman’s Coraline, where his face appears briefly in the yolk of an egg.

4. One of the fun Easter eggs in the movie Nightmare Before Christmas itself is of composer and frequent Burton collaborator Danny Elfman’s face, hidden within the bass of the Halloween Town band.

5. The Giant Skeleton in Laika’s Kubo and the Two Strings was actually a giant, weighing in at 400 pounds and standing 16 feet tall.

6. The first motion picture camera was patented in 1888, but it was ten years later when filmmakers J. Stuart Blackton and Albert E. Smith, founders of Vitagraph Studios, created the first stop-motion animated film, The Humpty Dumpty Circus, using a toy circus set. The original film is long lost, except for still images.

7. In 2015, Being John Malkovich writer Charles Kaufman teamed up with stop-motion director Duke Johnson to direct the stop-motion comedy-drama Anomalisa, adapted from a 2005 audio play Kaufman wrote under the pseudonym Francis Fregoli. Focusing on a man who sees everyone as the same until he meets a special woman, this movie was the first R-rated film to be nominated for the Academy Award for Best Animated Feature Film. It lost to Pixar’s Inside Out.

8. Stop-motion sequences have been used in many live action films. For example, James Cameron’s 1984 sci-fi action film Terminator took advantage of several types of special effects and animatronics, but the T800 robot in the final chase scene was done using stop-motion animation.

9. Ray Harryhausen was a master of incorporating his “Dynamation” style stop-motion animation into movies from the fighting skeletons in Jason and the Argonauts to the giant octopus in It Came From Beneath the Sea to the Cyclops and serpent woman in The 7th Voyage of Sinbad. He also lent his talents to creating the title ape in the 1933 classic King Kong and the original 1949 Mighty Joe Young long before recent remakes relied on CGI and motion capture to bring the apes to life.

10. Animators Seamus Walsh and Mark Caballero helped Harryhausen complete the final installment in his fairy tale series The Story of the Tortoise and the Hare in 2002. Harryhausen had started the film in 1952, 50 years earlier. Seamus and Caballero have since founded their own studio, Screen Novelties, and have contributed to such shows as Robot Chicken and the sock puppet sequence in the Captain Underpants movie.

11. Many movies and animated features pay homage to or reference Harryhausen, but it was London Pop band The Hoosiers who reached the Top 20 on the UK Singles Charts with their 2007 song “Worried About Ray” inspired by his films. Harryhausen died in 2013, and his complete collection of 50,000 pieces was given to England’s National Media Museum in 2010.

13. Several art, media, and history museums around the world from Smithsonian to Walt Disney Family Museum have hosted exhibits based on stop-motion animation or particular stop-motion movies, but there is no official museum dedicated exclusively to the art form—yet.*

14. In 2009, a respective of Tim Burton’s work opened at MoMa in New York, featuring several drawings, paintings and movie pieces, including a good amount of puppets and maquettes used in his stop-motion work. The World of Tim Burton exhibit currently travels worldwide and is now on view in Mexico City until early August.

15. One stop-motion project Burton planned but never got to do was a stop-motion adaptation of The Addams Family. The project was dropped in 2013.

16. It is now well-known Wes Anderson’s latest stop-motion feature, Isle of Dogs, when said out loud, reveals the confession “I Love Dogs.” Anderson said the film was also influenced by both Rankin/Bass holiday specials and the films of Akira Kurosawa.

17. Rankin/Bass founders Arthur Rankin, Jr. and Jules Bass, not aware of how valuable the pieces used in their 1964 holiday classic Rudolph The Red-Nosed Reindeer would be, gave several of the puppets used in the film to a secretary, who in turn gave them as gifts to family members. The only two known surviving pieces, a Rudolph and a Santa puppet, appraised about $8,000 to $10,000, were purchased by a toy collector who had them restored by Screen Novelties, increasing the value to more than $30,000.

18. While creating his popular characters Wallace and Gromit, claymation master Nick Park made the decision to create the dog, Gromit, without a mouth when he realized he couldn’t reach past the character’s eyebrows to adjust the face. Instead, Park felt even a small eyebrow movement would give the lovable dog a range of expressions.

19. At a 2014 panel for San Diego Comic-Con, The Boxtrolls animator Travis Knight said they could complete around 1 to 2 minutes of footage per week.  He said, “It’s the worst way to make a movie. It makes no sense. You’re cutting your hands and contorting your body. But it’s an incredible art form that is so rare and so beautiful.”

20. Many bands rely on stop-motion animation to help tell their stories. Some of the standout items used in stop-motion music videos include the White Stripes’ LEGO figures in “Fell in Love With a Girl,” dried beans in Kinna Grannis’s “In Your Arms,” string art in Son Lux’s “Change Is Everything,” and toast in OK Go’s “Last Leaf.” The most played music video in the history of MTV is the stop-motion animation spectacular “Sledgehammer” by Peter Gabriel, which won nine MTV Video Music Awards in 1987. Among the items Gabriel uses are wallpaper, paint, toy airplanes, whole chickens, fruit, wooden blocks, chalk, good old claymation, and, of course, sledgehammers.

In case you’ve forgotten it—or need some inspiration for your own stop-motion project—here it is.

* In case anyone knows of a “stop-motion museum” she overlooked, GeekMom Lisa would love to know about it. 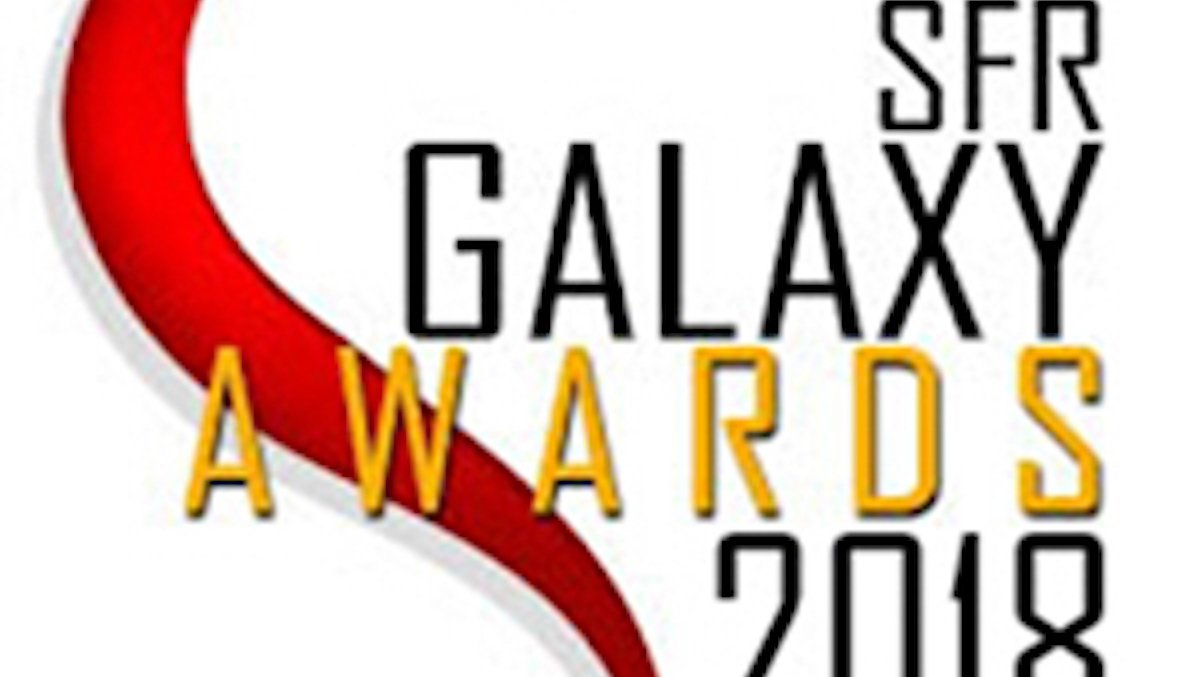