Can you believe it’s already time for the final Between the Bookends of 2020? While many of us will be glad to see the back of this year, we’ve also read many wonderful books during months punctuated by lockdowns and quarantines. Today, Sophie and Rebecca are here to share six of the books they’ve been reading as the year draws to a close, check back later this week for another post focused entirely on picture books too!

The Moviemaking Magic of Marvel Studios: Heroes and Villains by Eleni Roussos

The Moviemaking Magic of… is a series of interactive books that explore one aspect of moviemaking in detail. This Heroes and Villains volume looks at the characters who make up the MCU in film order from their point of introduction. Nearly every character from the MCU is included although the book isn’t completely comprehensive. As a huge fan of his character, Sophie noticed, for example, that Agent Coulson was missing entirely.

Costume choices are covered in detail with plenty of concept art that shows how our favorite characters may have looked instead, and in the case of fully CGI characters like Rocket Raccoon and Groot the concept art shows entirely different treatments from the initial stages of development. Weapons are also covered – Sophie especially loved seeing the initial drawings that showed how lightning would discharge from Mjolnir.

Snippets of interviews with crew members also help bring the moviemaking process to life. Visual development supervisor Andy Park discusses how Gamora’s look was brought from page to screen complete with his original concept art and a photo of actress Zoe Saldana in the makeup chair, while Ant-Man executive producer Brad Winderbaum discusses the frustrations that make Hope van Dyne such an interesting character. Casting, physical training, model sculpting, and dozens of other moviemaking processes are all touched on but the book never gets bogged down in detail.

However, the most unique part of this book is its interactivity. Near every page has flaps to lift, concertinas to unfold, and even small booklets attached – all filled with yet more artwork. These bonus features help provide extra space to show the flow of design changes. A concertina fold-out on the page devoted to Hela charts her development across five different styles finally settling on the approved version that made it to screen.

This is a fascinating first look behind-the-scenes at this epic film series with enough detail to hold your interest but not so much as to become dry and technical. Adults may find it a little superficial, but kids who are just starting to learn about the processes that go into making their favorite films will no doubt find it fascinating and the interactive elements will add a whole extra layer of fun as well.

How Should One Read a Book? Virginia Woolf

Moving into some non-fiction, Sophie’s next pick was How Should One Read a Book? This short book was originally a lecture given by Virginia Woolf to girls at Hayes Court Common school in 1926, that speech was then revised, edited, and published several times and this is a re-printing of the version first published in 1932.

In the lecture, Woolf opens by telling her audience that, “the only advice, indeed, that one person can give another about reading is to take no advice, to follow your own instincts, to use your own reason, to come to your own conclusion.” From here she goes on to explore how the pleasures of reading and the virtues of a “good” book are defined individually and cannot be universally agreed upon in the same way as the facts of mathematics or history.

Woolf also advises that one should read widely across a variety of genres and styles in order to visit as many places as possible in the imagination, and suggests that we should not leave the judging of books to “the gowned and furred authorities of the library” no matter how abhorrent we might find the act of criticism.

Sophie struggled with this one, not because it was difficult or long (at only 64 pages including a foreword and an afterword it’s anything but long) but because it felt a little… pointless. Nothing in here was especially thought-provoking or insightful and so Sophie found herself wondering exactly what the point of it was. That being said, she is sure it will make a great stocking filler for book lovers and those wanting to read something short by a classic author.

Sunny Dae is a self-confessed super mega nerd who attends high school with his two equally nerdy best friends. Together, the three of them run a YouTube channel specializing in making special-effects laded props for LARP and cosplay and Sunny is happy with his meticulously organized life where every risk is mapped out and his possessions all neatly stored in carefully labeled white storage boxes.

That is, until the day his parents introduce him to some old friends and their daughter Cirrus. When Cirrus spots Sunny’s rockstar older brother’s bedroom and assumes it is his, he goes along with it, believing this super attractive and super cool new girl will never like the real, nerdy Sunny. Soon, Sunny’s lie has escalated out of control. He’s wearing his brother’s punk rock clothes to school, has pushed his friends into forming a fake rock band, and has somehow gotten said fake band signed up to the school talent show; all to keep his one original lie from being revealed. As his relationship with Cirrus deepens, Sunny’s guilt at hiding the real him also grows, but how much of this new Sunny is really him too?

This was one of those books that had Sophie shouting “just tell her the truth for pity’s sake” at nearly every page. The premise is frankly ridiculous as are many character names (she lost it entirely at Gunner Schwinghammer), there’s a crazy amount of serendipity laden throughout and Cirrus’s personality is straight out of the Manic Pixie Dream Girl handbook. That being said, Sophie did enjoy this one a lot! It’s silly and ridiculous but it’s also funny, and sweet, and ideal for this time of year where we all need a bit of extra light and joy. No, this book won’t change your life but it will almost certainly bring a smile to your face.

Escape rooms have been growing in popularity for some time now, as have play-at-home versions like Unlock and Ravensburger’s Escape Puzzles. Escape Book: The Cursed Temple is an interactive story that brings the concept into book form in a Minecraft-inspired story.

The initial story is simple enough. You are a villager named Runt who has been summoned by the mayor to investigate a gigantic temple that has suddenly appeared from the ocean nearby. Your friend Breeze was dispatched to investigate the temple three days ago hasn’t been heard from since. You set off with your companion – a talking cat named Eeebs – and hope that the evil villain Herobrine isn’t behind all this, but you and Eeebs quickly find yourselves trapped inside the temple. You’ll need to solve many puzzles if you want to rescue Breeze and escape.

The format of The Cursed Temple will be familiar to anyone who read a choose-your-own-adventure book as a kid and will see you jumping around the pages depending on the choices you make and puzzles you solve. There are a few modern twists however such as an inventory page at the back where you can record the objects you find, a combinations page which allows you to combine items in your inventory with those you come across (for example, if you hold a book and come across a desk you can combine them and move to section 26) and a cutout Power Cube that you will need to solve some of the puzzles.

The writing here isn’t great but that’s not really the point of a book like this and kids will no doubt love working their way through the puzzles, especially those still obsessed with Minecraft. If your young explorers enjoy this, a second volume – Mystery Island – is also available.

Many of us are familiar with Celtic knots, if only because of the ongoing trend of having them as tattoos, but there is a lot more to the traditional art-form of knot tying than first meets the eye. Sacred Knots by Lise Silva Gomes aims to introduce readers not only to the fun of this time-honored style of crafting but also to its spiritual benefits.

The book opens with an introduction from the author about her personal journey into knotting, and an overview of its history. Knot-tying has been practiced by native peoples all over the world and today, modern artists and historians are attempting to revive and record this knowledge so it doesn’t become lost forever in the digital age. Many knot types had practical uses including record keeping, basket weaving, and aboard ships, but others were purely decorative, used to pass the time, or act as reminders of loved ones.

The bulk of Sacred Knots is divided into three parts. Part one introduces readers to nine different traditional knots with step by step illustrations explaining how to create them plus finishing and embellishing techniques to prevent your work from unraveling. The second part of the book is filled with various projects you can complete using your new knotting knowledge including jewelry, curtains, a bookmark, and even an applique jacket. The third and final part is given over to “Knotting as a Personal Practice” and includes sections on using knot typing for meditation and relaxation, increasing your creativity, and how to journal and record your personal journey. All three sections are heavily illustrated and will make you want to pick up the nearest string-like object and start having a go.

Sophie hopes to spend some time with this book in the new year and who knows, perhaps by the 2021 holidays she will be giving knots to her own family and friends?

Rebecca has been reading out loud to her nieces for their entire lives (they are aged 14 and 11 now). With the start of the pandemic, she began reading to them every morning over Zoom. Their most recent book was My Diary From The Edge Of The World, a family adventure novel set in a modern alternate Earth where Sasquatches and Angels are just a part of the landscape.

Told in the first person, Gracie Lockwood is a fiery girl who broke her arm while trying to reach up and touch a dragon. She was proud to show off her cast in school the next day. Life is nothing interesting until a Dark Cloud hovers by her house. Everyone knows that Clouds take away people, usually old or sick. Gracie’s little brother has been sick. Gracie’s dad decides they can only escape the fate of the Cloud by running to the edge of the world to where there is the legend of another world- one with no Clouds (and no Sasquatches either.)

Gracie, her parents, her sister, and friend Oliver embark on a wild adventure in a Winnebago to save her little brother’s life. It’s often a funny tale, but also full of strife as they have little money and are going on what may not be true at all. But all of them will risk everything to save their family. 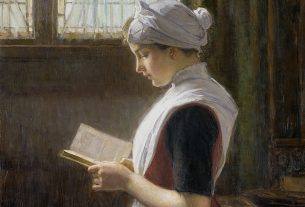 To Celebrate National Book Month: Some Favorite Books About Women