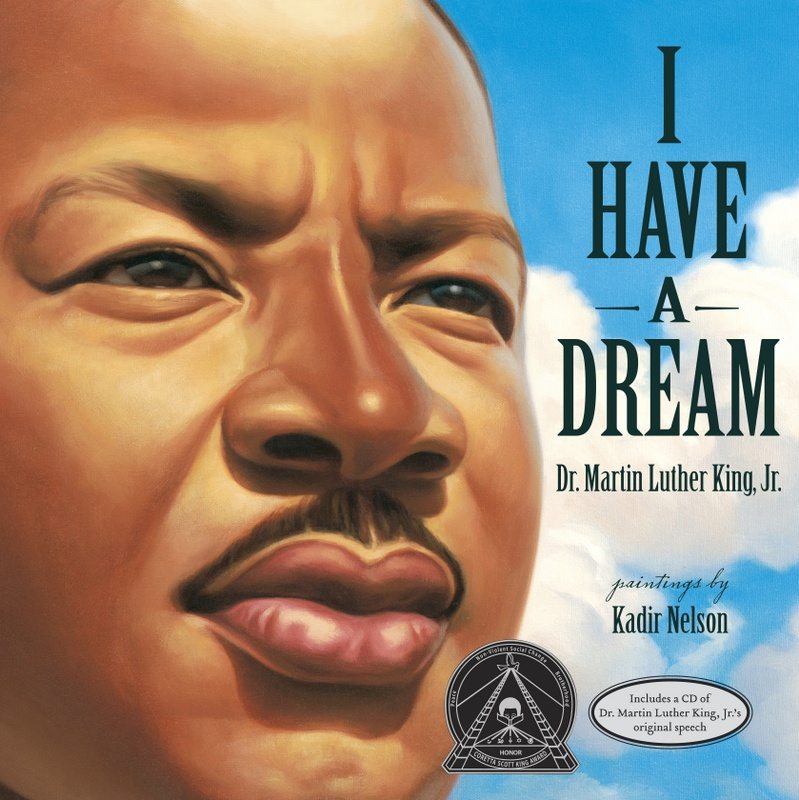 August 28th marks the 50th anniversary of Martin Luther King, Jr.’s “I Have a Dream” speech. To celebrate, GeekMom is participating in Random House Children’s Books’ Celebrate the Civil Rights Movement blog tour. The centerpiece of the tour is Kadir Nelson’s outstanding picture book of Dr. King’s famous speech (you can watch him discuss his book above).

Last year, Random House published the absolutely exquisite I Have a Dream. I’ve been a fan of Mr. Nelson’s work for quite some time, and I was blown away by his artistic interpretation of Reverend King’s speech. The book also comes with a CD of the speech in its entirety.

I think that often, when children’s books start out with a historical theme or specific moral, the end product can fall a little flat. My library had countless books on Dr. King, but only a handful (like Martin’s Big Words) that I would reach for to bring the man to life for people born after King’s death (this includes myself). Kadir Nelson has created something with enough visual power to match the words, and a clear sense of how to bring the values of the speech home to young readers–images of black and white hands together, multicultural faces of children together, and powerful portraits of Dr. King himself. I think it’s a tremendously important book.

And it’s a tremendously important continuing discussion, freedom and human rights for everyone. Martin Luther King’s words have so much weight still today, they have touched so many lives. To keep the discussion going, Random House asked several children’s and YA authors to guest post on the blog tour to share their thoughts about the speech.

I was really excited to blog about the “I Have A Dream” speech–until I realized that in many ways I had taken it for granted. My first surprise: I’d actually never heard it in its entirety. (If I had, I certainly didn’t remember it all.) Sure, I’m familiar with the “I have a dream” and “let freedom ring” sections, but there’s so much more than that. And it made me wonder whether those of us born after the Civil Rights Movement were as knowledgeable about it as we should be. And so over the next week, I asked friends what the speech meant to them, and if they could quote any parts. I also gave deep thought to everything I did each day and to how it might have been different fifty years ago.

Seven friends, seven similar answers. Most could paraphrase the “I have a dream that my four little children will one day live in a nation where they will not be judged by the color of their skin but by the content of their character” line. Most came close when quoting “Let freedom ring from every hill and molehill of Mississippi and every mountainside.” But then there were long pauses.

As I was driving across Florida’s panhandle on a scheduled trip, I wondered how many hotels would have allowed me to check in if I became tired.

I realized that I wouldn’t have been able to go about things as blindly as I do today; that many of my daily actions, many things related to some of my most basic human needs would have had limits placed on them.

I thought about my parents, Jamaican immigrants who moved to New York six years after Dr. King’s speech because they saw America as a place where they could not only have their goals and dreams realized, but also have their children’s goals realized. Now their dreams weren’t on the global human scale as Dr. King’s, but they didn’t have to be because of what he and so many others fought for. And because of this, I had the audacity to entertain the idea of driving cross country to LA to try to become a dancer or actress. I had the audacity to believe my experiences would culminate in the novels I would one day write and publish. I could dream without limits because I didn’t have to use my energies to fight for my basic human rights.

And so now I listen to the words of Dr. King’s speech a little differently. I think about their weight and true meaning, and I give thanks to him and to all those who sacrificed to ensure that his words lead to actions, and those actions to change. 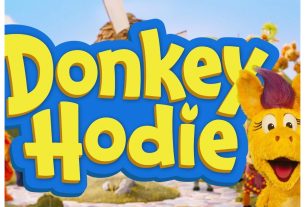 Donkey Hodie and the Enduring Joy of Fred Rogers