After a long life that created great science fiction, fantasy and mystery, author Ray Bradbury died Tuesday night at the age of 91.

Though known to high school English students as the author of Fahrenheit 451, Bradbury wrote many influential novels during his long career, reaching from 1950’s The Martian Chronicles to 2006’s Farewell Summer. His more than 400 short stories have been published in collections and anthologies, and he wrote 21 plays, some based on his stories and novels. In short, he has quite a lengthy list of works — choose one this week and share it with your kids.

Once a frequent guest at conventions, Bradbury stopped attending several years ago due to his age. For fans of Dragon*Con, Bradbury famously remarked in 1986 about the Atlanta Marriott Marquis and its massive swirling atrium, “This hotel is science fiction!” He was also the first recipient of that event’s Julie Award in 1998, awarded for genre-spanning achievements.

Despite the future-looking advances in his writing, Bradbury didn’t always run with technology himself. “I don’t use [a computer],” he told an interviewer in 1990. “I can write faster on a typewriter than you can on a computer. I do 120 words a minute, and you can’t do that on a computer. So, I don’t need anything. That’s plenty fast.”

“The history of science fiction started in the caves 20,000 years ago.”

But about the technology and futures he imagined? In that same interview, he called science fiction “the most important fiction ever invented.”

“People haven’t given it credit,” he went on to say. “Because it has to do with the history of ideas. Of dreaming an idea, birthing an idea, blueprinting an idea, making it into a fact. And then moving on, to the next idea. The history of science fiction started in the caves 20,000 years ago. The ideas on the walls of the cave were problems to be solved. It’s problem solving. Primitive scientific knowledge, primitive dreams, primitive blueprinting: to solve problems.”

Regardless of how the words got to the page, we’re glad they did. We’ll miss Ray Bradbury and his stories, and we’re sure you will too. Tell us in the comments your favorite stories — from seeing him at a convention to reading his books for the first time. 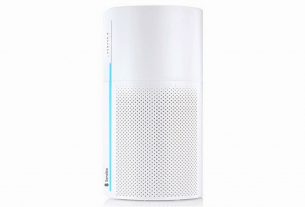 Time for the Big Sex Talk