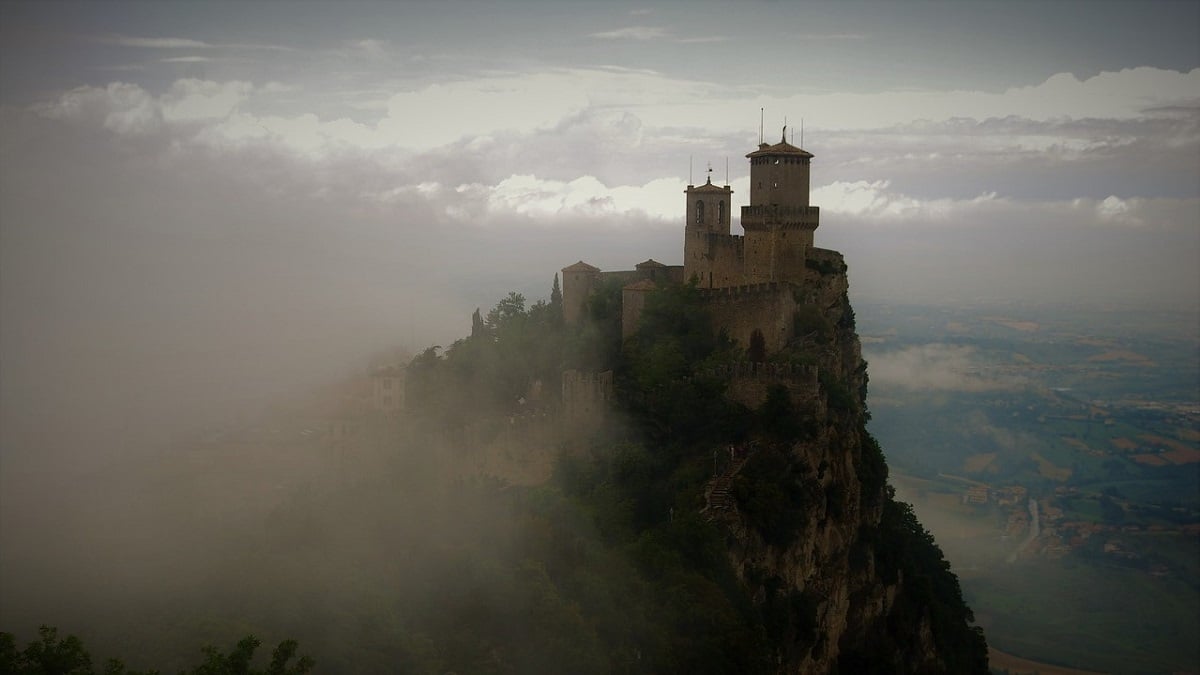 I had at least one more topic to cover in the very short series on dreams and dream interpretation that I started this summer, but I got distracted by other topics and didn’t feel any particular need to come back to it. Then I went to my parents’ house on Thanksgiving, and it came back strongly and hauntingly.

It’s been 18 years or so since I’ve lived in my parents’ house. But as soon as we pull into town I get a feeling that is not quite deja vu, but is more of an eerie sense that I’ve been spending a lot of time here lately even though I haven’t been here in months. I have. Only my brain, though, several nights a week.

It makes sense that so many of my dreams take place in my childhood home, since it’s the scene of so many formative experiences. My subconscious has a file folder labeled “Home” and it’s shaped like that home, so whenever a dream needs a location to represent “Home,” there it is. That house, that yard, that garage. The strip mall across the way, with the Dairy Queen that used to be there. The road in front of the post office. The road behind the post office, which stretches out in the direction of school. They’re all deeply rooted in my brain, and so my brain makes use of them as it organizes itself each night.

Even more dreams seem to take place specifically in my parents’ basement— the eerie feeling triples when I go there. According to traditional dream interpretation, the lower you go in a building, the deeper into your subconscious you’re going. So you figure the basement of your childhood home is going to be rooting up all sorts of unconscious connections from childhood.

I wondered why I never dreamed about my current house. But on the other hand, I had recurring dreams about a particular house that I thought of as “mine” in the dream, though I’d never seen it before. Why was this imaginary house embedded in my subconscious as “mine”? I’d been living here fifteen years before I realized that the imaginary dream house actually IS my real house. It’s just lit and decorated completely differently. The dream kitchen is darker and older and for some reason has a woodburning stove. The living room carpet is beige instead of green, and stretches into the dining room, and the furniture isn’t hand-me-down, and there are houseplants on a very classy record player stand by the window. The book room— a den to the side of the house— doesn’t have nearly as many bookshelves, but it’s warm and dark and always decorated for Christmas, and there’s a TV where my computer actually is. It’s amazing how my mind took my actual house and turned it into a completely different place, consistently, and I have no idea what any of the changes might mean.

I never dream about my first house, the one I lived in until I was five, even though my brain frequently uses it as a setting when I’m reading (the interior is Green Gables, for one, although it looks absolutely nothing like Green Gables from the outside). But I often dream about the town where that house was. Mostly, I dream about my early-childhood-best-friend’s house (whose parents are still my parents’ best friends), which I even in dreams have come to recognize as symbolizing “a welcoming place to visit.” Once I dreamed about a beautiful college campus that I was kind of pleased with my brain for coming up with— such stunning work! I want to go there! Then I went back to my birth-town for an event on the college campus where my best friend’s parents had worked— I’d been there a few times as a preschooler but I didn’t remember it. Except I had. It was the beautiful campus I thought my brain had made up!

Normally my brain dreams about a different college campus, one very similar to my undergraduate campus but bigger, with taller buildings and more roads. It’s college town more than campus, as many dreams take place in off-campus housing—symbolizing young adults just beginning their process of “adulting.” There’s also the supposed community college, which looks like a cross between the place I used to take piano lessons and my elementary school. Oh, and sometimes my elementary school is, actually, an elementary school. My high school is every level of school and sometimes places that aren’t schools, but because I’m so prone to the “back in school” dream it doesn’t get much of a chance to play other things.

The college campus also makes a good setting for another frequent recurring symbol, the “packing up” dream. Do I have everything I need before I go home for break? Did I clear everything out of the dorm at the end of the year? For a chronically disorganized person like myself, the “am I SURE I have everything?” dream is going to pop up a lot. Sometimes it requires an even more transitory locale than a dorm room, and so the subconscious pulls out The Hotel. The Hotel is good for setting not only “do I have all my stuff?” but “I have only limited time here, am I using it properly?” The Hotel is somehow always by a body of water, even though I’ve spent relatively few vacations at the beach, and the room is actually the suite in a timeshare near where my grandfather used to live. This setting has always intrigued me, because it rooted itself so quickly into my subconscious after being there, in real life, only once or twice, in young adulthood at that. It particularly makes me wonder why the brain chooses the settings it does to be recurring symbols.

I’d be remiss if I left out one of the most intriguing recurring dream settings, The Museum. There are two different Museums, actually: the working one and the exploring one. The exploring Museum is based loosely on the Carnegie Museums in Pittsburgh, but bigger and more labyrinthine. And there’s a large ornate theater with many balconies in one wing, and a fancy restaurant that never has anyone in it downstairs, and an oddly small planetarium that has a tendency to actually launch into space. I can only assume the exploring Museum symbolizes learning and cultural enrichment. The working Museum is based on the Children’s Museum I really did use to work at, and this seems to represent working-with-others-to-bring-fun-and-educational-experiences-to-kids. I can’t think of a way to say that more succinctly. In many dreams I’m a substitute Museum Educator staff, working the floor; but in other dreams I’m there to work on some sort of tangential educational project, art programs or children’s television or something even book-related. The actual Children’s Museum does have offices for related organizations and outside projects and an in-house preschool, too, but I never spent as much time with those in real life as I do in my dreams!

Remarkably, the one recurring dream setting I don’t have is The Library. I have many libraries, instead. I do often see my elementary school’s library, and a kind of stretched-out version of my own library before we had our own building and had to squeeze into a couple of rooms in the Borough building, but most of the time libraries in my dreams— whether I’m working at them or not— seem to be completely made up places that are different every time. I have to learn the shelving system anew each time, which is often frustrating, as there will be entire chunks of alphabet or Dewey numbers missing or dramatically out of order. Now that I think of it, that is a pretty good representation of my ADHD brain, so I guess we’ve figured out this symbolism, now, too.

I often wish I was a good enough artist to try to make a model of, or at least draw, some of these recurring dream settings, particularly the ones that loop Escher-like up down and inside out staircases and passageways. Do you think you could draw the places in your dreams, artist or not? Are they fantastical or mundane? Why do you think your brain has chosen those places to set your thought-sorting at night?

The Quirks We Choose To Embrace

8 thoughts on “House (and Town, and University, and…) of My Dreams”