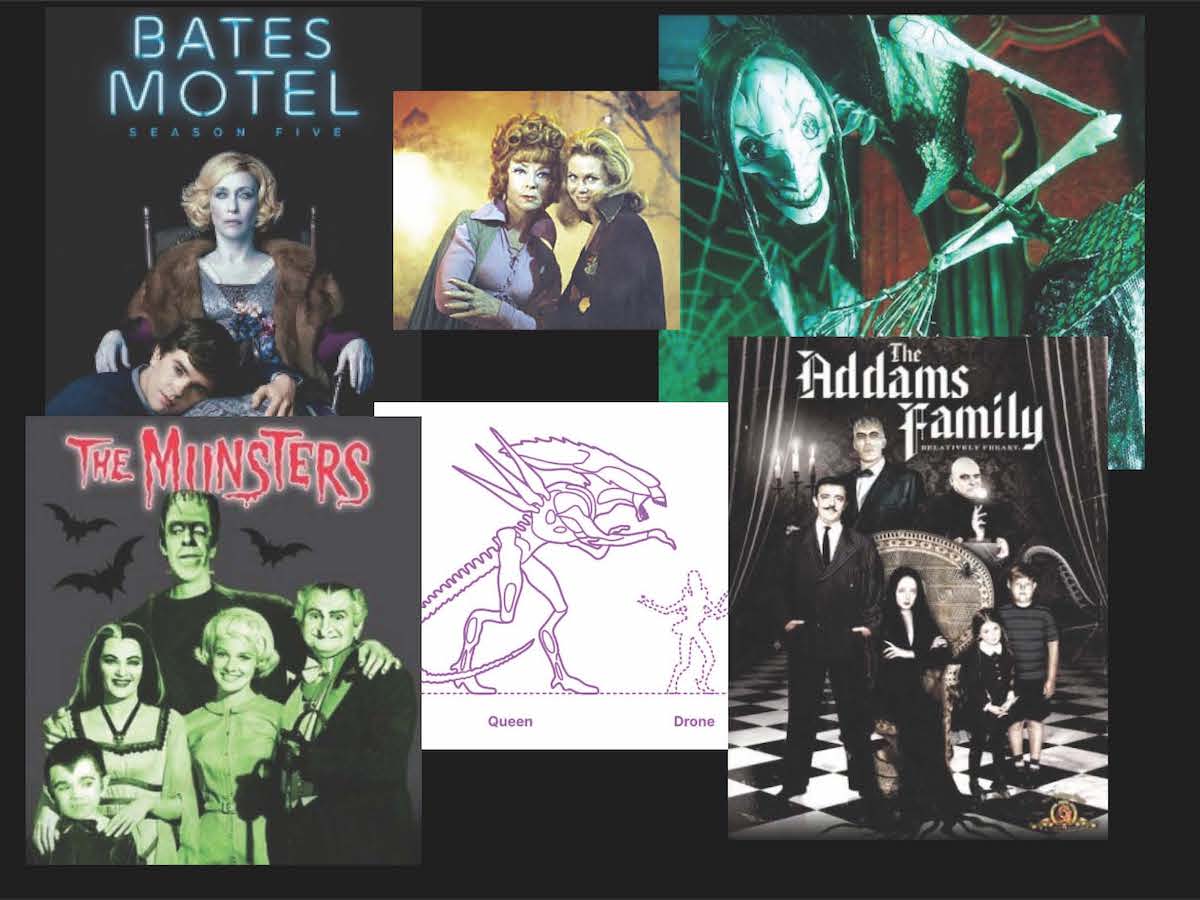 A parent’s job is never ending and infinitely valuable, and moms come in all types. Yet, around October, when the haunting season is approaching, it is the spooky moms who get all the attention.

Last year we celebrated some wonderfully spooky women as part of a look at horror and sci-fi hosts, and now it is time to look at some spooky and epic matriarchs!

1. There have been several actresses playing both Morticia Addams and Lily Munster over the years in live and animated form, but who has had more? Morticia! Portrayed in the original series by Carolyn Jones, she has had eight: Anjelica Huston, Ellie Harvie, Nancy Linari, Daryl Hannah, Charlize Theron, and Janet Waldo, as well as the newest for the upcoming series Wednesday, Catherine Zeta-Jones.

3. The name Morticia Addams is such an instantly recognizable name, but if you’re a fan of the original series, you’ll know her maiden name was Morticia Frump, and she has a flower child sister Ophelia (also played by Carolyn Jones). Her own mom’s name was Hester Frump, played by the Wicked Witch of the West herself, Margaret Hamilton. In the series, by the way, Fester is Morticia’s mom’s brother and Grandmama is Gomez’s mom. This is different from the family tree in the hit movie versions where Fester and Gomez are brothers and Grandmama is Morticia’s mom.

4. Lily Munster wasn’t always Lily. She was originally named “Phoebe” and portrayed by Joan Marshall in an unaired pilot. It was decided the character was too much like Morticia Addams and a change was made. According to Mental Floss, the cast took a little time to warm up to De Carlo but were won over by her comedic timing.

Here’s the original pilot intro… and thank goodness they changed the theme song as well:

5. Samantha Stevens (Elizabeth Montgomery) of the sitcom Bewitched was the anchor of the Stevens house, trying to blend in with regular suburban life. This was despite her being a powerful witch and having a very eccentric magical family. She and her mother, Endora, were actually named loosely from the biblical first Book of Samuel, where Saul consults a “Witch of Endor.” Samuel became “Samantha” and Endor became “Endora.” The connection stops there. The series ran for eight seasons from 1964 to 1972 and spawned both a spinoff and a more recent movie reboot.

6. One very famous horror mom is the basis of one of the creepiest, most famous scary reveals in horror movie history, the “Mother” of Norman Bates in Alfred Hitchcock’s Psycho. Who played her? Anthony Perkins, of course. The long-dead “Mother” is taking over Norman’s personality more and more in the film. You can even hear him yell, very faintly under the loud music “I AM NORMA BATES” (at the 1:17 mark) as he entered the cellar in this famous, grisly scene:

7. We learn a little more about Norman’s unsettling relationship with his mother (Vera Farmiga) in the twisted A&E series Bates Motel, which ran five seasons from 2013 to 2017. Mother is so important in this series, set in the modern day, fans will notice the Bate Motel’s wi-fi password is MOTHER.

8. Today, even those who have never seen a Friday the 13th film know the look of psycho killer Jason Voorhees as much as they know the Halloween franchise’s Michael Myers. Don’t forget, however, the original film’s main baddie wasn’t Jason at all. (We don’t see the iconic look of Jason in the hockey mask until the third film.) It was his mom, Pamela. Pamela is a bit unhinged, but she did survive an abusive marriage and was very protective of her son, Jason. If you want a good back story on Mother Voorhees, Wildstorm comics created the two-part series Friday the 13th: Pamela’s Tale, by Marc Andreyko and Shawn Moll, in 2007.

9. Molly Weasley (Julie Walters) is one of the coolest, fan-favorite characters in the Harry Potter movies, but readers know there is so much more to this magical mom in the books. She was a bit of a rebel and a rule-breaker in her school years, and she and Arthur eloped during the first Wizarding War. She is also the one responsible, in both the book and movie, for taking out the hard-to-kill villain Bellatrix Lestrange. But everyone already knew that.

10. Ms. Squibbles, the sweet-natured monster mom in Monsters University, revealed herself to be a death metal fan as she told the college boys she would be in the car “listening to her tunes” as they snuck into the Monsters Inc. building. The song she is listening to is an actual metal song, “Island” by Mastodon from their album Leviathan. No, you can’t find it on the movie’s soundtrack.

11. Not all spooky moms are loving parents. Take, for example, the abusively protective Margaret White from Steven King’s Carrie. The book has had many screen versions and a short-lived stage adaptation, but the in the famous 1976 Brian De Palma film, Piper Laurie portrayed Margaret. According to an article on NPR, Laurie said the role was so extreme she thought the movie was a comic “send-up” when she first read the script.

12. One of the most iconic spooky and protective moms wasn’t even from this planet, she was the Alien Queen in James Cameron’s Aliens (the sequel to Alien) just trying to keep her babies safe. She is a sizable sci-fi monster mom, too. According to various fan sites, this Xenomorph mom stands 14’9″ tall (4.5m), can run about 50 to 60 mph, and weighs about 10 tons. Do not mess with this mom!

13. There are plenty of spooky moms out there, but for the sake of space, here is just one “other” mother: the Beldam from Neil Gaiman’s book and movie Coraline. She is called the “Other Mother” by Coraline Jones, for she is disguised as her own, seemingly better, mother at first, before revealing her evil skeletal spider form. Gaiman said he was inspired for this story because his daughter wanted to read stories of little girls with witches pretending to be their moms. He couldn’t find any books about it, so he created one. It took him ten years to write, due to other obligations, but we’re glad he finished it.

What about the Beldam’s origins? Well, “beldam” can mean “witch,” but there is more to it. The creepy origin site A Bit Frank has some interesting insights:

Whether loving or lurking, strange or superhuman, moms are an important part of the season, in books, movies, and spooky-ooky pop culture everywhere. 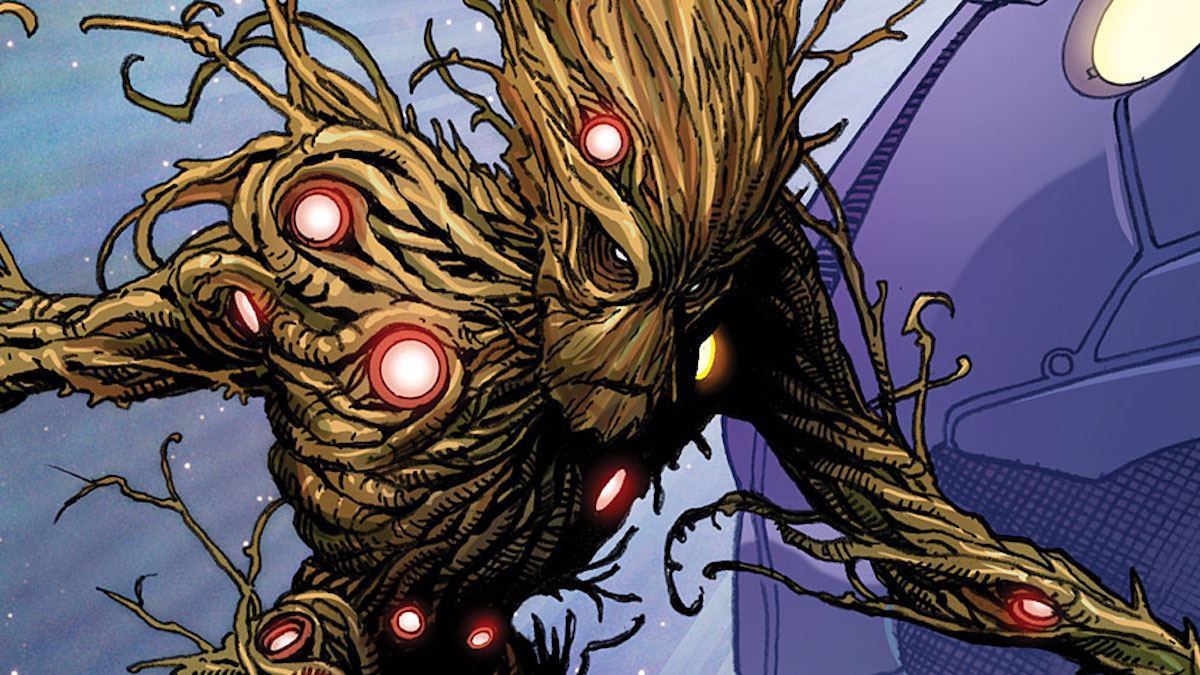 15 Random and Geeky Facts About Fictional (and Real) Trees

Cast Your Vote In the 2010 Geek Oscars 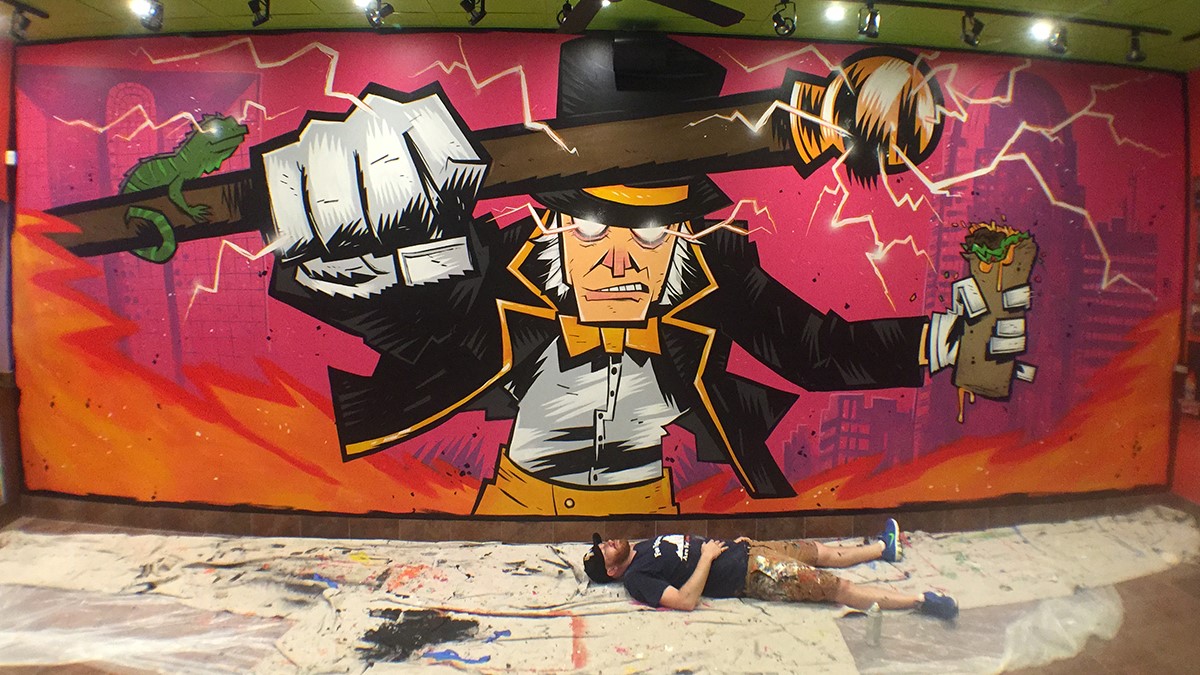