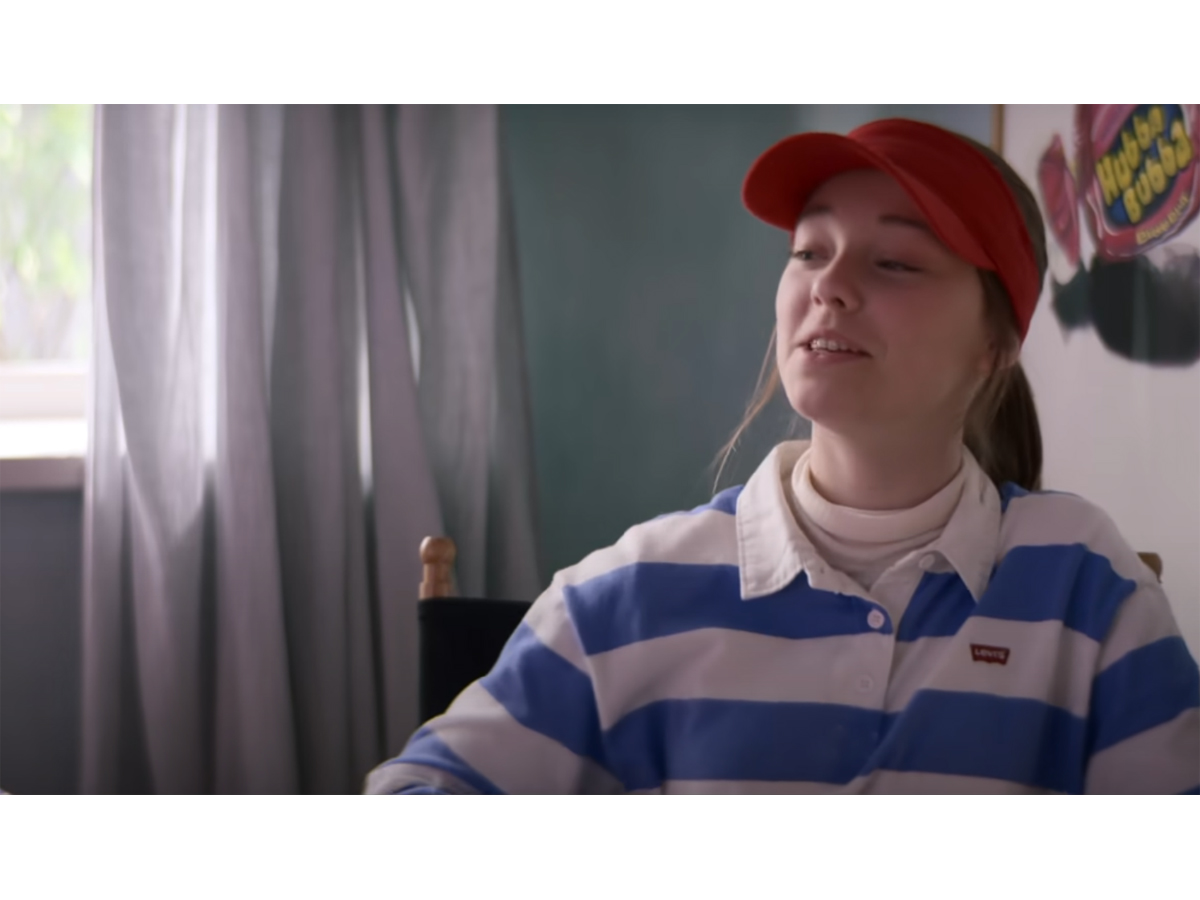 Say hello to your friends because Netflix has dropped the second season of The Baby-Sitters Club. I was really impressed with how the first season managed to stand as a tribute to the original series while still bringing it over three decades forward in time. It’s a solid show for pre-teens, managing to hit a lot of meaningful situations without having to be gritty or overwhelming.

The second season had a few more deviations from the sourcebooks, but I’ve started to realize the TV adaption has a tricky challenge to consider. After the first handful of books, the girls of the Baby-Sitters Club age up once into the eighth grade and just stay there for the rest of the main series, which lasted well over a hundred books. Unfortunately, those actresses portraying the club members are going to continue to age faster than seasons can be rolled out, and this will likely cause certain books or plotlines to be skipped or altered.

Given this, I wouldn’t be surprised to find back-to-back filming if the show gets renewed for additional seasons or for the girls to eventually shift to high school, possibly both. This season also brought some new regulars with Vivian Watson as Mallory Pike and Anais Lee as Jessi Ramsay. Xochitl Gomez was, unfortunately, unable to return as Dawn Schafer, but don’t worry; the reason wasn’t drama-related, but simply due to a scheduling conflict with her new role as America Chavez for Marvel Studios. Kyndra Sanchez steps in to portray Dawn this season.

Now let’s take a look at how to stories of these girls continue to develop.

Warning, the rest of this article contains spoilers for the first two seasons of The Baby-sitters Club.

Kristy Thomas (Sophie Grace): Kristy is trying to adjust to the blended family created when her mother Elizabeth (Alicia Silverstone) married Watson Brewer (Mark Feuerstein). Watson is trying just so hard, but Kristy clearly feels like a fish out of water. Beloved family pet Louie’s death occurred off-camera and we don’t see the affluent neighborhood kids make fun of him. Instead, Shannon becomes Amanda Delaney’s mom, and the animal-loving family connects with David Michael over Louie’s death after a rocky first meeting with Kristy and Elizabeth. Shannon the dog becomes a rescue puppy instead of being from a bred pet. In the show, we also see Elizabeth and Watson looking at trying to have a baby rather than adopt as they did in the books. No idea if the adoption of Emily Michelle will be included later or not. What does get kicked up, though, is a potential visit from Mr. Thomas and his new girlfriend… and their baby. The conflict all over Elizabeth’s face is palpable. Mr. Thomas once again blows the kids off at the last minute and this time, Watson just verbally drags him for the way he took off and the emotional havoc his inability to bother with his kids in a meaningful way. Mark Feuerstein absolutely delivers on this rant while wearing an oversized baby bonnet for a local parade. He then announced that he has an idea on how to blend their families and it doesn’t involve a baby. Instead, he wants to adopt the Thomas kids. Breaths are held at Kristy’s reaction, but she goes for it and her voiceover states that while it would be months to make things official, she felt like she had her dad there for the parade. Cue all the feels.

Claudia Kishi (Momona Tamada): Claudia goes through of the biggest plotlines in the series this season: the death of her beloved grandmother, Mimi. As Mimi urges her to keep painting before saying “goodbye,” long-time fans know what’s coming even as it hasn’t sunk in for Claudia yet, and the very next morning Claudia learns Mimi passed away in her sleep. Claudia’s struggle to deal with Mimi being gone is very real, but the small moments of Claudia taking over tea serving like Mimi taught her really hit home hard. Ashley, the frenemy Claudia had in the books, is older and more of an influencer. She is also Janine’s girlfriend, and Janine coming out to Claudia as they deal with Mimi being gone is a big moment. Mimi was the only one aware but was very happy and Ashley is gifted a necklace of Mimi’s that has connections to Mimi’s courtship with Claudia’s grandmother.

Mary Ann Spier (Malia Baker): Mary Ann and Logan’s romance is a big part of this season. Of course, they are in middle school and the portrayal of middle school romance lines up fair more with I remember of that age than how the books portrayed it. I still remember a classmate remarking about two other classmates that were dating. “Are they actually dating or do they just walk around campus holding hands?” another kid asked. That is probably the most accurate description of my 7th-9th grade classmates dating I have ever heard. It really is the vibe of Mary Ann and Logan while everyone is insisting that dating couples must eat at a couples table or make Valentine’s Day this big deal, and these two are so overwhelmed they struggle to enjoy being around each other. Mary Ann freaks out on Valentine’s Day dinner and it turns into a super awkward double date with her dad and Sharon. Logan and Mary Ann mutually decide to tone down the seriousness of things, but it’s still obvious they really do like each other.

Stacey McGill (Shay Rudolph): Stacey’s diabetes was covered before, but this time her having a specific diabetic emergency is covered when she’s struggling to keep her blood sugar under control. A lot of the circumstances change, but it was a significant event in the books. Another little set-up is when Stacey starts dropping hints about her dad being gone all the time in NYC. In the books, Stacey’s family moves back to New York, but she and her mom return after her parents’ divorce. My guess is that for time concerns, Stacey won’t move back to NYC, but the stage is being set for her parents to divorce.

Dawn Schafer (Kyndra Sanchez): Dawn had the most shifts, but I felt a lot of the updates defined her personality much more than in the books. Her younger brother Jeff has been written out (admittedly he moved back to California in like the fifteenth book, so his presence wasn’t hugely significant). The series tries to adapt parts of the books dealing with her mom marrying Mary-Ann’s dad. It was like two-and-half years of book releases before that happened, but the looping timeline would make them getting married now feel a bit rushed. Instead, Richard and Mary Ann stay with the Schafer girls during a significant home repair situation. Dawn has to deal with sharing her mom with Mary Ann, which she struggles with despite how “chill” she describes herself as being. The secret passage in her room comes up, but without the potentially haunted house discover from the books. I’m a little sad about that (I really loved that book), but I am glad the secret passage came up. The best part Dawn had was shared with Richard (Mark Evan Jackson). I have said it before and I will say it again: Mark Evan Jackson adds a vulnerability to Richard Spier that really does work for the character. He awkwardly offers Dawn an adult coloring book when she seems stressed out about things and she brushes him off. Later he admits that when his anxiety is bad, those coloring books are a tool that helps him sort himself out. He realized Dawn was struggling and tried to reach out in his own awkward and adorable way, but Dawn was too busy fuming at her mom connecting with Mary Ann to realize it. The second time, it connects and Dawn takes him up on his offer and asks if he has any colored pencils. “So many,” he replies. We later see her coloring in the book. While discussing relationships, Dawn also says she “hates labels,” but notes she “could end up with anyone on the gender spectrum.”

Mallory Pike (Vivian Watson): I actually object to Mallory’s portrayal the most this season—my one sticking point. Mallory had so much experience with her seven younger siblings that this made her a huge consideration for the club. Here she seems more awkward and needs training from Claudia to find her feet. In the books, when the club tried to run her through ridiculous tests, she and Jessi struck out on their own for a bit because they were so competent. However, the idea of Claudia illustrating some of her stories came up and I swear that was not a thing in the books, but seriously, it should have been.

Jessi Ramsay (Anais Lee): One of the biggest clients Jessi had, Derek Masters, has popped into the series. In the books he was a child actor, here he’s a social media influencer that went viral as a toddler. A lot of his life revolves around making videos, even when he has a sitter. Derek inadvertently helps Jessi at a point when she’s struggling with her new ballet school and no longer being the best in the class. Seeing Derek enjoy doing an activity without the camera rolling for once helps Jessi to realize she needs to remember to dance because she loves it. Luckily for Derek, his dad gets the nudge that sometimes Derek needs to just be a kid without the filming. The call-out she gets from her mom over everything they did to help her get into that ballet school when Jessi considers quitting to be an influencer like Derek is absolutely on-point, especially when her mom points out that what Jessi is really struggling at is how she’s no longer automatically the best and is going to have to learn and push herself.

Overall, a well-done season, and I am very curious to see what plotlines may get covered next if they get renewed and I hope to see Mallory come into her own a bit more. If you’re nostalgic for the tv series from the ’90s, hang around for the end credits for the season finale and I think you’ll be very pleased.

Good Constellations to You!