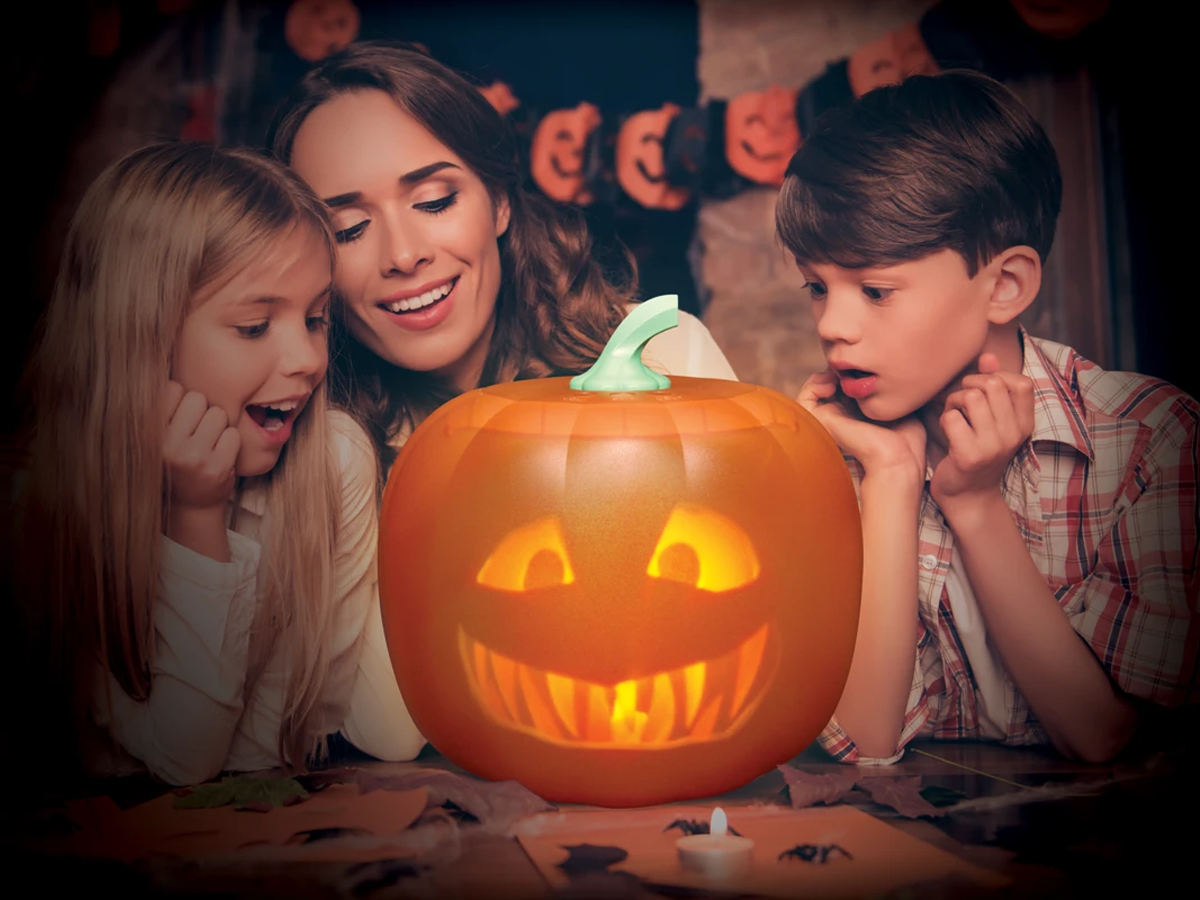 Halloween is a big deal in our family. Not just because we are cosplayers but fans of the spooky in general. This year, we are adding Jabberin’ Jack the animated pumpkin to our lineup of decor.

Sitting at around 11-inches, including the stem, Jabberin’ Jack (retail $59.99) is an animated pumpkin that projects one of three faces onto the outside of his body and provides over 70 minutes of jokes, singing, animation, and just random talking. You can switch between the traditional Jack-O-Lantern face, a “scary” face, and a silly face.

There are three control buttons that let you change the volume and skip through the various animations. It has an auto-shut-off feature that will turn him off after about two hours, which is nice if you are like me and don’t necessarily want to hear your decor 24/7. For those that don’t want their decor to talk at all, there is a silent mode option.

It’s powered by a USB cable that plugs into a wall block.

You can put Jabberin’ Jack inside or outside (under a covered area, not in the path of rain or other elements).

There are some other things worth mentioning. First, the length of the cord is relatively short, which can be rather annoying if the outlet is more than a few feet away. The second thing is the volume of the speaker is not very loud. It’s loud enough to put outside and get the trick-or-treaters’ attention, but don’t expect to have this running during your Halloween party and it be loud enough to hear. Finally, the stem is not easily removed, so if you will need to get another box to store it in (since it won’t fit back in the original box with the stem attached).

Despite Jabberin’ Jack’s few shortcomings, my family likes him and he fits in well with our existing Halloween decor. I’m not a big spender on Halloween decor, so I think the price is a bit high, but my husband (who buys most of our Halloween stuff) disagrees. 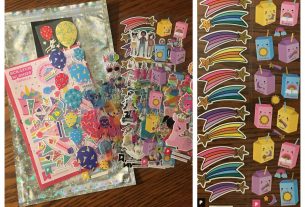 KB Covers to the Rescue