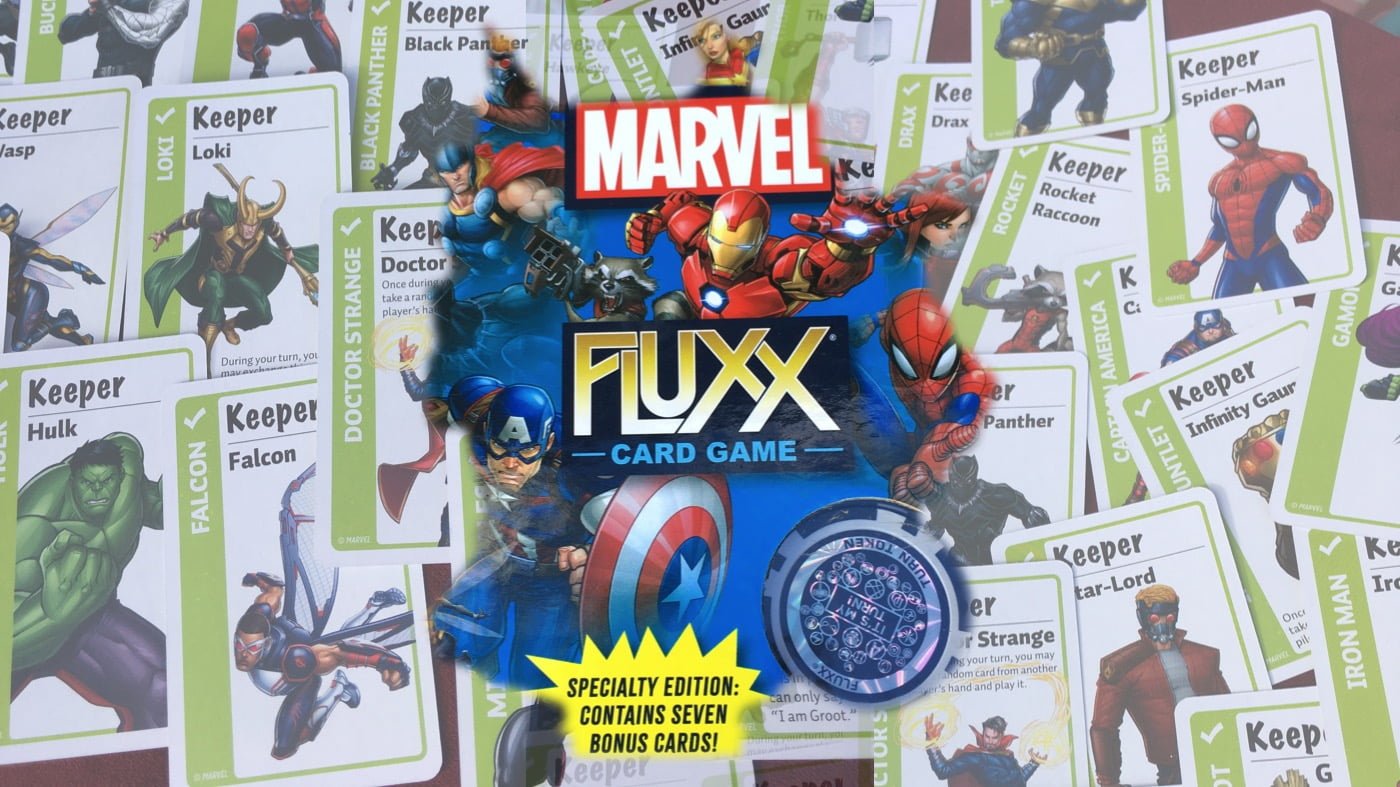 Loki never stays in one place while the other superheroes are battling in the arena. Who will win? Or will Thanos snap his fingers first and destroy half of everyone’s Keepers? Explore all the exciting new cards in Marvel Fluxx.

What Is Marvel Fluxx?

Marvel Fluxx is yet another version of the popular card game with everchanging rules. We have reviewed previous versions like Math Fluxx and Holiday Fluxx before. Marvel Fluxx is suitable for ages 8 and up. While there is nothing inappropriate here, reading quickly is a must. Fluxx works for 2-6 players, but Marvel Fluxx works best with at least three for one particular card. Due to the nature of the game, playtime can range from 5-45 minutes (and I have experienced the full range. “Someone please play Back to Basics!”)

My family and friends have enjoyed Fluxx for years and we own a few other versions. The company does a fine job adding unique features to all the editions that fit the theme. This one has the cast of characters from both the MCU and comics of Marvel as the Keepers. Marvel Fluxx edition brings new game mechanics that work seamlessly with the original rules.

Note that this is the Specialty Edition by Looney Labs, which contains cards not found in the regular edition put out by Cardinal Games.

The quality is on par with previous Fluxx games. The Turn Coin is a hefty plastic with some shimmer to it. It is advertised as a “Collector’s Coin.” The artwork of the Keepers is the comic style of the characters rather than versions of the movie actors.

How to Play Marvel Fluxx

Setup for any Fluxx game is very easy: The Basic Rules card is face up.

Then the rest of the cards are shuffled and placed on the table face down in a single deck. There must be enough space in the general play area to add a discard deck, goal card (or cards), and additional rules as they come up. Plus, each player must have space to put down their Keepers in front of them for everyone to see. It can get crowded.

Winning is determined by the current Goal (which changes rapidly) corresponding to the Keepers played. With each new rule added, it can get complicated keeping track of what is going on, and each turn can last a few minutes. However, there are new rules that also take away cards in play, so it rarely remains at a slow pace. The strategy is collecting Keepers for a specific Goal in hand or having a good assortment of Keepers for a Goal already in play. Sometimes Keepers can be swapped with another player, which can also score the final win. Action cards can assist with changing Goals, Keepers, Rules, or preventing others from winning.

Each theme edition of Fluxx adds variations of these mechanics and Marvel Fluxx is no exception.

So who made it? Out of 27 Keepers, only one is a full-out Villain: Thanos. Loki and Bucky Barnes are also in here (though they are quasi-villains depending on the point in your particular Marvel timeline). The Infinity Gauntlet is also a Keeper. There are 20 male and only six female Keepers (BOO!): Shuri, Black Widow, Wasp, Gamora, and Spider-Gwen made the cut. Males are Phil Coulson, Black Panther, Falcon, Ant-Man, Iron Man, Groot, Hawkeye, Captain America, Star-Lord, Spider-Man, Nick Fury, Doctor Strange, Hulk, Thor, Miles Morales, Rocket Raccoon, and Drax.

The instruction booklet explains: “We are excited to have been able to include as many great characters in this game as we did, but even so, someone has a favorite we, unfortunately, had to leave out. Partly this is because the game design can only accommodate about two dozen Keepers, but also, our licensing agreement included limitations which restricted our use of certain characters.”

Some of the Keepers have abilities like Miles Morales, who can also count as Spider-Man or Web-Slinger. Dr. Strange can steal a card from another player. Loki can be exchanged with any other Keeper in play. The Infinity Gauntlet can allow the top card from the Draw Pile to be played. And with Groot, you guessed it, the player can only speak, “I am Groot.” while the Keeper is in front of them or they lose the card.

Not too many new Rules since that is the crux of basic Fluxx play. There is a Turn Coin. A new rule penalizes a player for forgetting to pass it. Spider-Sense allows a player to draw an extra card and decide which ones to keep. Let’s Keep Doing That has a player take a discarded Action that is used like a new “rule.”

The few additions to the Action cards are Team Up, which has the player find and use two new Keepers and then draw two more cards and use them as well. Thanos Snaps His Fingers is a brilliant little mechanic where all the Keepers in play are gathered up, half are discarded and half are dealt back evenly to all players. Cosmic Cube gives three options to steal a Keeper, discard two cards in play, or draw three extra cards. Look Who’s Back! returns a discarded Keeper to play. Zap a Card allows for a card in play to be added to your hand.

But the best part Marvel Fluxx is when The Arena is used. All players except the one who used the card must submit a Keeper to the arena for battle. Then they argue why their character should win. The initial player decides the outcome. The winning Keeper goes back to its owner while the rest are discarded. Although it can be used with only two players in a game, it’s much more fun with three or more.

All the Goals are clever pairings and groups of Keepers. With 35 Goals, I’ll just mention my favorites here:

Why You Should Play Marvel Fluxx

If you are a fan of the game Fluxx or of Marvel superheroes, or both, Marvel Fluxx game is for you. The modifications to the game add to the entertainment and fit in with the original rules. The Arena card brings all the players together for a fun round of verbal battle to show off how well you know the characters’ abilities. It is one of the rare times that everyone is engaged. The extra abilities to some of the Keepers enhance gameplay and keep everyone on their toes. Groot’s ability is endlessly amusing. The Goals are fun to check out and everyone I played with had some commentary and strong opinions on them.

There are no Creepers cards that appear in other editions of Fluxx. I personally don’t care, but some players did. The only mechanic all players did not enjoy was the Turn Coin and penalization card. We removed it quickly and I never used it again. When I told my niece she could have the coin, she asked, “What do I do with it?” “Collect dust?” I offered. It’s shiny but useless.

There are only 22% female characters in this game. Even with their quote on why they couldn’t have everyone’s “favorite” Marvel character, not having a more equal gender ratio is pathetic. To the credit of the artists, however, none of the females are in a stupid sexy pose, so that’s a relief.

Despite that particular drawback, Marvel Fluxx is a fun game and worth adding to your Fluxx collection, or a first to try if you are curious about Fluxx. Obviously, the game is best if players are familiar with the characters, but it’s not necessary for gameplay.

A word of caution: it is very easy to discuss the events in the Marvel universe in conversation while playing Marvel Fluxx. Find out ahead of time if the rest of the players are up on their MCU before blurting out a spoiler! However, if you do (not saying I did…), you can easily cover it up by lying, “Oh, wait! That was in a comic book storyline. Don’t worry about it.” (Not that I’m saying I did this…)

GeekMom received a copy of Marvel Fluxx for review purposes. 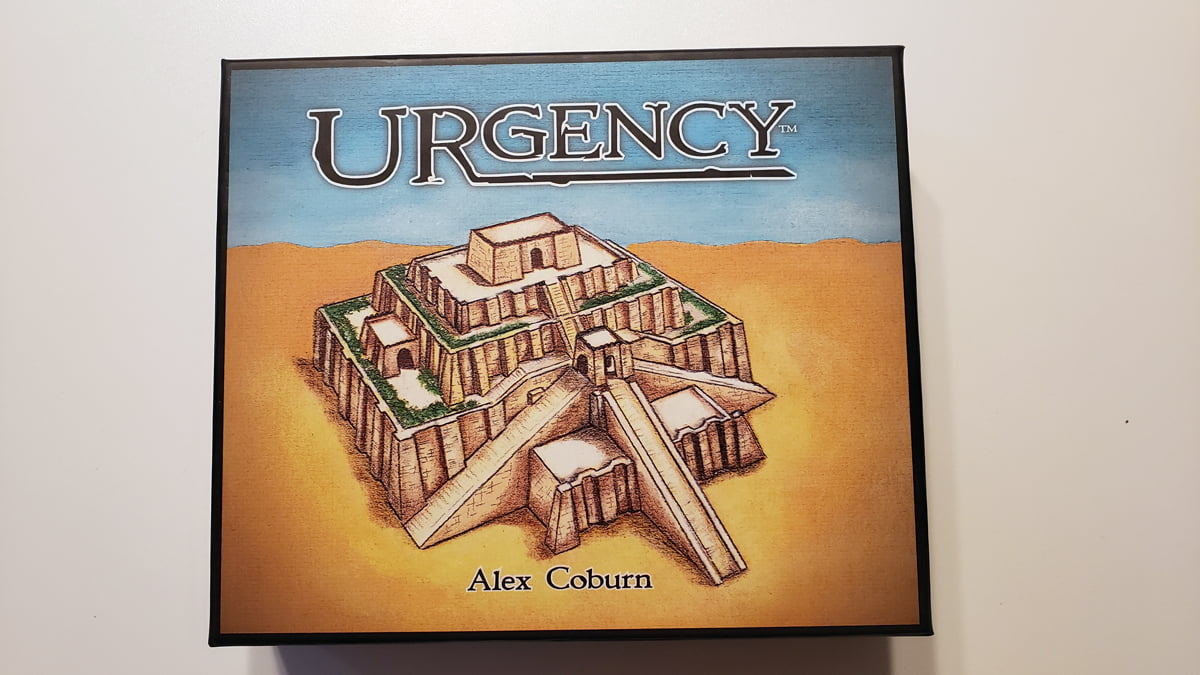 Kickstarter Alert: ‘Urgency’ Is a Modern Update to ‘The Royal Game of Ur’ 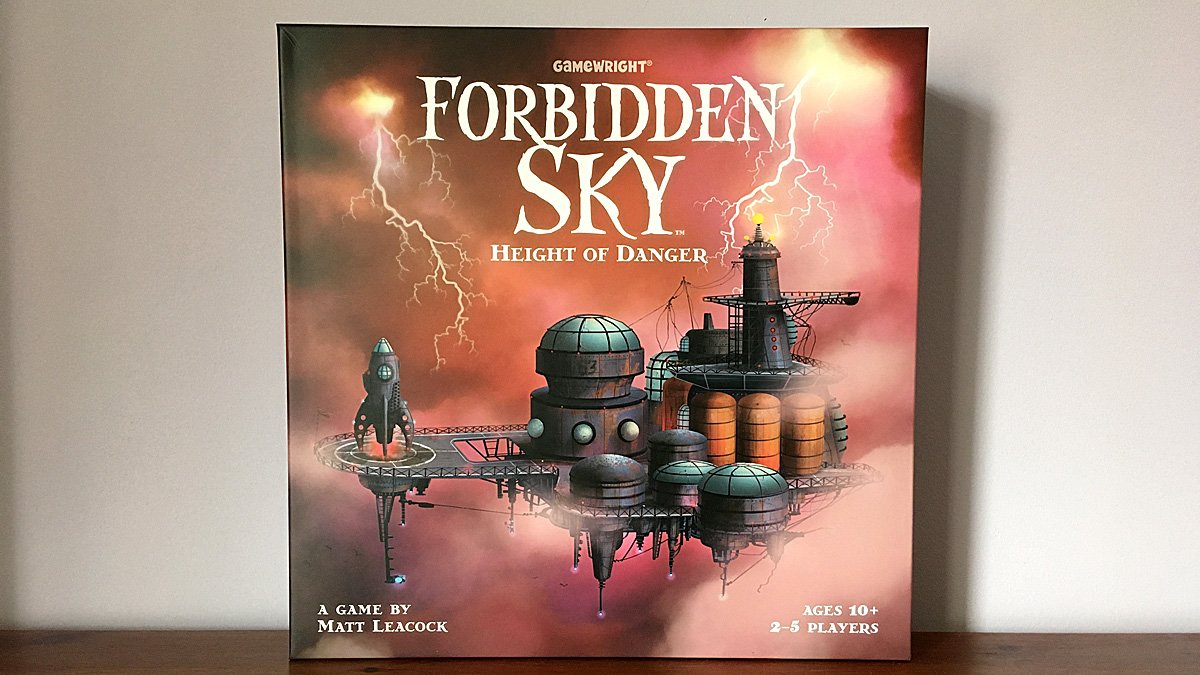 ‘Forbidden Sky’: Leacock’s Latest Lacks the Charm of Its Predecessors