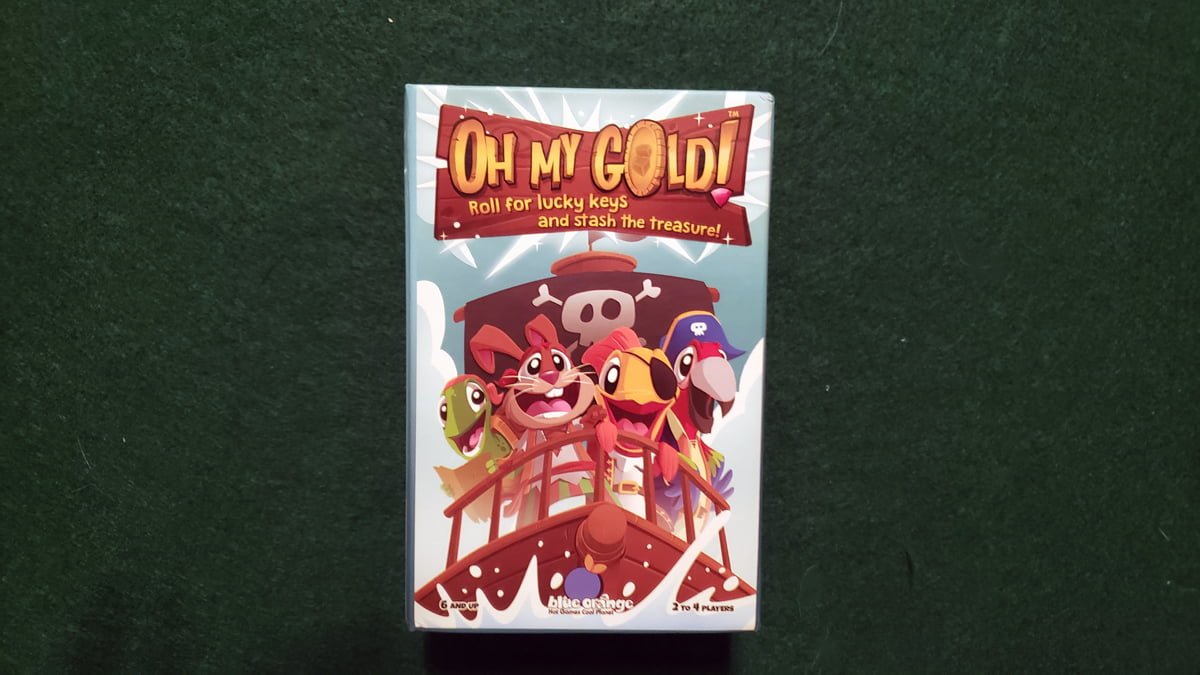 Blue Orange Games are not new to my family. I recently reviewed Flying Kiwis and Tumble Maze from their offerings. When I received Tumble Maze, I also had a complimentary copy of Oh My Gold! passed onto me. It’s one of Blue Orange Games’ 2019 releases, and A, our third-grader, was particularly excited to try it out.

What Is Oh My Gold!?

Oh My Gold! is a dice rolling game for 2-4 players ages 6+ that takes about 10 minutes to play. In the game, you act as pirates trying to claim more treasure than any of the players.

Oh My Gold! contains the following:

The cards are all of a decent thickness and the dice are done in bright colors, which makes them easy to read. One of the best features, though, is the box. The box makes good use of space, can be held in one hand, and secures with magnets on the side. This makes it extremely easy to throw in a backpack or purse to take along as kid entertainment on the go.

How to Play Oh My Gold!

The goal of Oh My Gold! is to gain more treasure points than your opponent pirates.

Oh My Gold! is super easy to set up. Each player gets a ship card to start off with, which they place in front of them. Then all the Chest/Treasure Cards are shuffled and placed in a pile. Three cards are removed and placed Key Side up around the main pile. The playing space takes up less room than most restaurant kids’ menu coloring sheets, so as long as your kid isn’t prone to flinging dice hard across a table, you can probably get away with pulling this out to entertain kids at a variety of places.

The actual play mechanic is fairly simple. The youngest player starts by rolling all four dice at once. The little symbols on the dice let them know what they can use the dice for. Each die can be only be used once per turn.

Players can keep the result they get or reroll them all (a reroll is only allowed once per turn). They can then use the dice to unlock a chest or claim the treasure. To unlock a chest they must have the same number of keys as indicated on the Chest Card.

Any Treasure Cards taken are replaced with new Chest Cards from the deck. Play then moves to the next player clockwise and the same routine continues until the Treasure Cards are all claimed.

The game ends once all of the Treasure Cards have been claimed. Each player then takes out their Treasure Cards and totals their points. Each Gold Coin or Diamond is worth a point. A Fish Skeleton is worth nothing. The Player with the most points wins.

Why You Should Play Oh My Gold!

Oh My Gold! is a super fun, easy to play game. The fact that it’s compact enough to take along with us to places is one of my favorite parts about it and A agreed that it could be played at restaurants etc. I would also recommend it as a take-along game for family vacations. The age recommendation is just about spot on, but you could play with kids a touch younger as the play mechanic doesn’t require reading. However, there is a little bit of strategy when you have to decide if you want to open more chests or go after treasure available. A younger kid might find a competitive older sibling taking advantage if they get more caught up in opening Chest Cards instead of gaining Treasure Cards. The game plays fast enough that it’s easy to play a few games in one go, especially since setting the game up requires so little effort which keeps replayability high. The MSRP is only $9.99, making the game both highly affordable and giftable. You can get a copy for your family either by finding a store that carries Blue Orange Games with this locator or checking out the Amazon availability here. 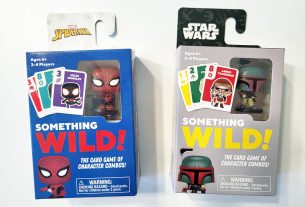 Funko Games Adds Boba Fett and Spider-Man to ‘Something Wild!’ 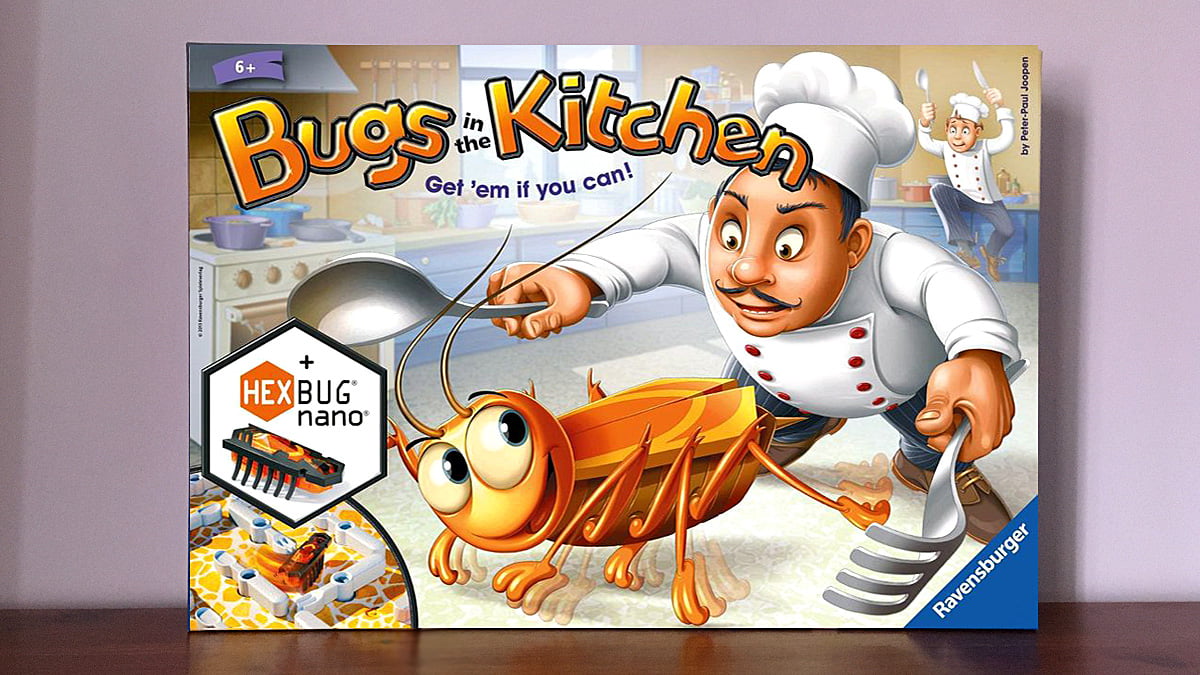