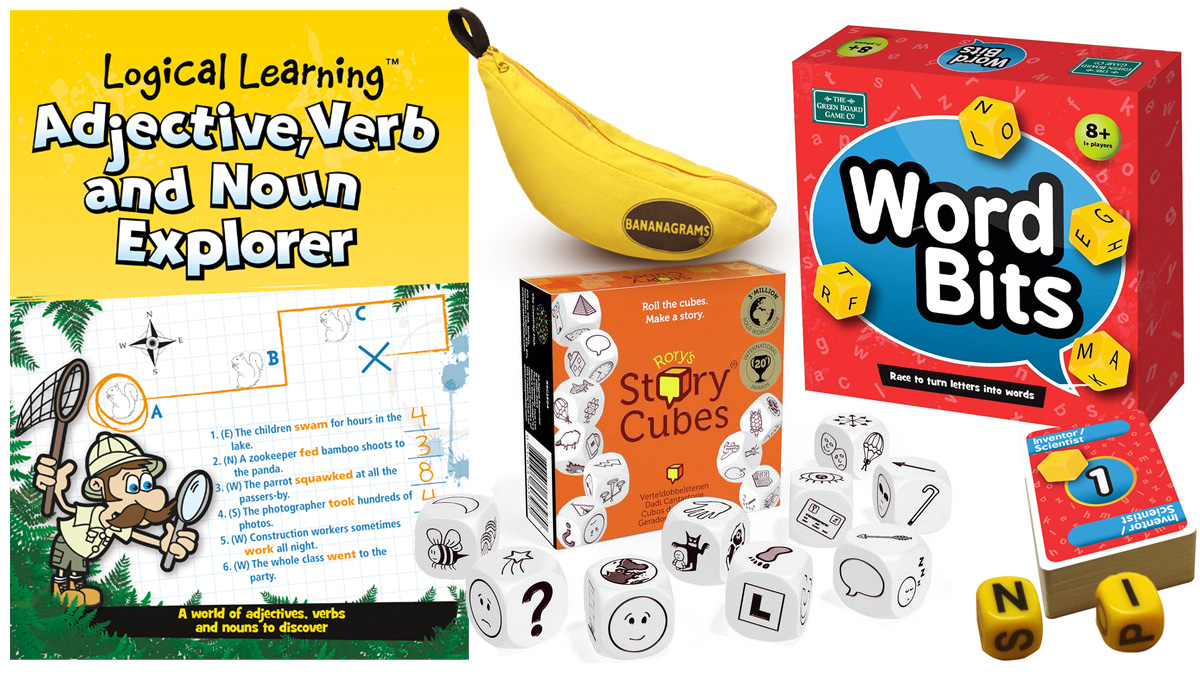 Probably the best-known of this bunch of literacy games, Bananagrams is a Scrabble-like tile game that is played without a board. Players complete to create grids of words using letter tiles, with the first person to complete their grid declared the winner. The game can be played by between one and eight players, making it perfect for homework practice, family game time, and large groups as well, and the game comes sealed in its own banana-shaped fabric pouch, which means there is no waste packaging.

In a standard game of Bananagrams, a number of tiles are given to each player and everyone then races to place them all into a grid. Whenever a player places their final tile into their grid, they shout “PEEL” and every player including themselves must take one more tile from the remaining bunch. At any time, a player may shout “DUMP,” place one of their tiles back into the bunch, then take three back into their hand. Once the bunch is depleted to less than the number of players, the first player to use up all their tiles shouts out “BANANAS.” Other players may inspect the winner’s grid and, if they discover unacceptable words (such as misspellings, abbreviations, and proper nouns), they can shout “ROTTEN BANANA” to disqualify them. The tiles in the Rotten Banana’s grid are then added back to the bunch and play continues without them until a winner emerges.

There are also several other games you can play with Bananagrams, including a version designed for cafes and restaurants where you may have limited table space, a solitaire version, and a simplified variant of the original game without peeling and dumping. Of course, you can also make up your own, more relaxed games using the tiles as well—I often allow the use of proper nouns when playing with my nearly 9-year-old because I use the game as a spelling aid. Additionally, there is also an alternate game available called Bananagrams Big Letter which features larger tiles with higher contrast printed letters designed for players with low vision. It’s great to see games companies considering players with additional needs and creating versions of their products to help them play.

Younger players can play Bananagrams with an adult helper, while older kids will quickly graduate to playing by themselves and finding their own words, often the sillier and “ruder” the better—my son has been utterly delighted to play words like “bottom” against me! All in all, Bananagrams is a fantastic game that will help kids develop their spelling skills and improve their vocabulary.

What it Teaches: Grammar
Approximate Cost: £4

Adjective, Verb, and Noun Explorer isn’t a literacy game as such, it is more of an activity book for kids. The book is the literary version of the Times Table Explorer book I featured in my roundup of games and activities to help with math skills, and will help with grammar skills, basic counting, and even orienteering! Another book in the same series is also available that focuses on homophones.

On each page of the book, you will find a quest map and either 8 or 16 clues. Each clue is comprised of a sentence and a direction. Kids need to identify the word in each sentence that matches the correct type (adjective, noun, or verb), count up the number of letters in that word, and move that number of spaces in the direction indicated on the map.

For example, Quest 7 asks you to find the adjective in each sentence, this is clue #1:

(W) The small dog ran away.

The adjective in this sentence is “small,” so you would move five spaces west.

The book contains 30 quests covering various different types of words, including mixed quests that ask you to find all three-word types, add up the letters in all the nouns and verbs, then subtract the number of letters in all the adjectives making these quests significantly more challenging. The pages are all perforated to make them easy to tear out and fold inside a bag if you’re going out, and each quest also contains bonus tasks such as writing about activities you have done or things you have seen, plus a trivia question. With each quest page not taking long to complete, I find that these are great for quick, fun bursts of learning over school breaks or during study periods.

Word Bits is a small card and dice game for one or more players. It is recommended for ages 8 and up but with a little flexibility could easily be played by even preschoolers. It contains four 6-sided letter dice and 81 subject cards in a neat box with no waste space or packaging. Each card gives a subject and a number which indicates how many of the four dice should be rolled. The player rolls the dice and has to think of a word or name which contains all the letters shown on their dice.

This is one of those great little literacy games that all our family has enjoyed, from kids to grandparents. It can be played in a variety of ways, from a single-player timed challenge to a fast-paced shout out party game to a more relaxed game with the family. Each one will get your brain cells working as you try to think up appropriate words for each category, some of which are trickier than others. You could also use it in other languages that have a similar make-up to English.

My two criticisms of Word Bits are that some of the categories are rather vague, such as “anything about a building,” and that once the game has been played a few times, it can start to get repetitive because the same categories will keep coming out. However, it remains a great game that will help with spelling practice and also help build your vocabulary.

What it Teaches: Creative writing, imagination
Approximate Cost: $8 for the base game, $5-$15 for expansions

After Bananagrams, this is probably the best known of all the literacy games and activities on this list. Rory’s Story Cubes have been around for many years now and there are dozens of variations available today including the random 9-dice original set, sets with specific themes such as Mystery, Voyage, Action, and Fantasia, and 18 different 3-Cube MIX sets which add three extra dice to your collection with even more specific images on them such as Intergalactic, Medic, Prehistoria, Medieval, and Score (sports). There are also a wide variety of branded sets that will help you create stories set around a specific piece of fiction—some of these include Adventure Time, Batman, and Scooby Doo. Small people or those with dexterity issues may find Rory’s Story Cubes MAX beneficial; this is a jumbo variant of the original 9-dice set but with much larger dice.

Each pack of Rory’s Story Cubes contains a number of six-sided dice with different images on them, you roll the dice to get a random set of these images, then connect them together to craft your story. In a typical pack of nine dice, there are over 10 million possible combinations and if you were to own all the expansions on the Rory’s Story Cubes pages in the 2018 Asmodee UK catalog, the number grows to a figure that effectively broke my calculator! Basically, you’re never going to run out of possibilities with even the smallest set of dice.

The epic tale of a bouncing jungle bee whole stole a credit card and went to London where he set a bakery on fire. He flew to Nottingham to fetch Robin Hood & his Merry Men who would help douse the flames, but they were challenged to a die-rolling contest by people who didn't want the fire extinguished and those people won. The flames spread around the world and everyone cried "oh no! What will we do?" But just then Fire-resistant aliens arrived and parachuted to Earth where they put out the fires. And just as the first ever meeting between humans, aliens, and bees was to take place, a bolt of lightning struck everyone and they all died. The end. By me, Fin, and Rory's Story Cubes with thanks to @asmodeeuk

Rory’s Story Cubes can be used for creative writing in more ways than you might think. Alongside using them to build original stories from the ground up—which makes them fantastic as homework helpers—they are great at helping you out of a creative block, thinking up song lyrics, and even creating backstories for characters in your games. The guys at Character Crusade used the cubes to create a new character in Skyrim, and you could use a similar method to build a character in The Sims, D&D, or any other roleplaying game. I personally used my original set to help unstick myself when I couldn’t work out where next to take a story I had been working on for some time.

I hope some of these literacy games will benefit you and your family. 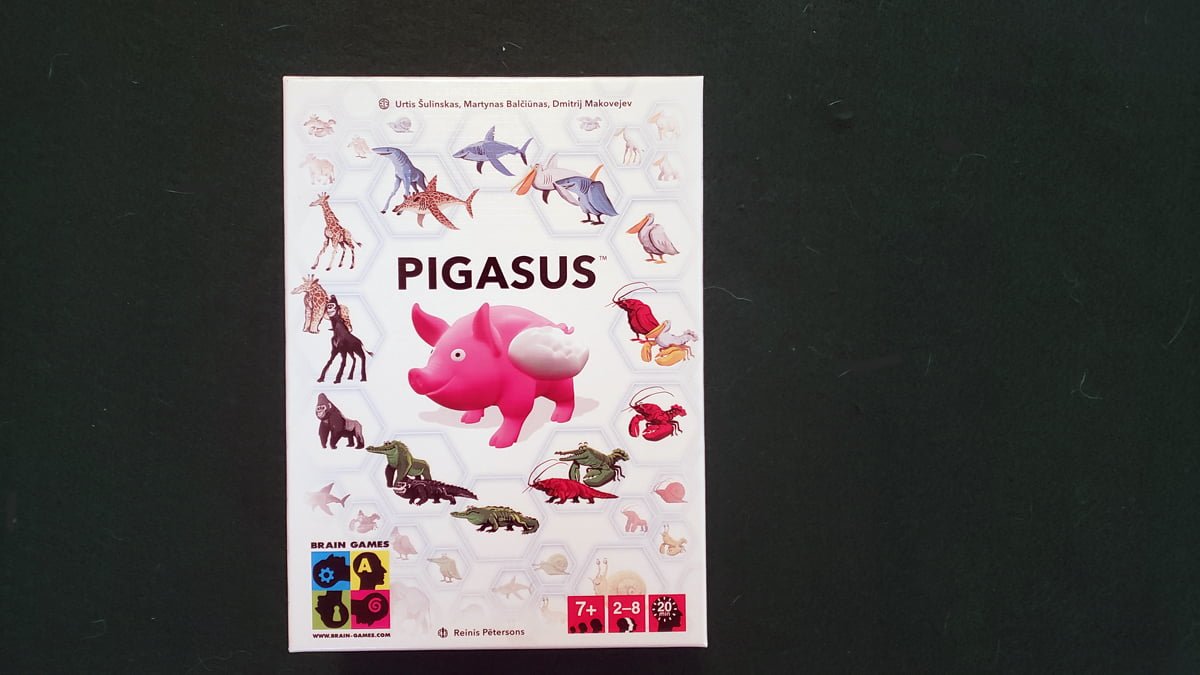 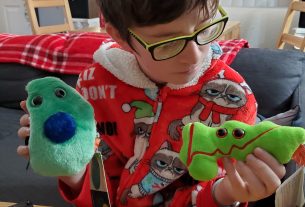 My Son Is A Cyborg