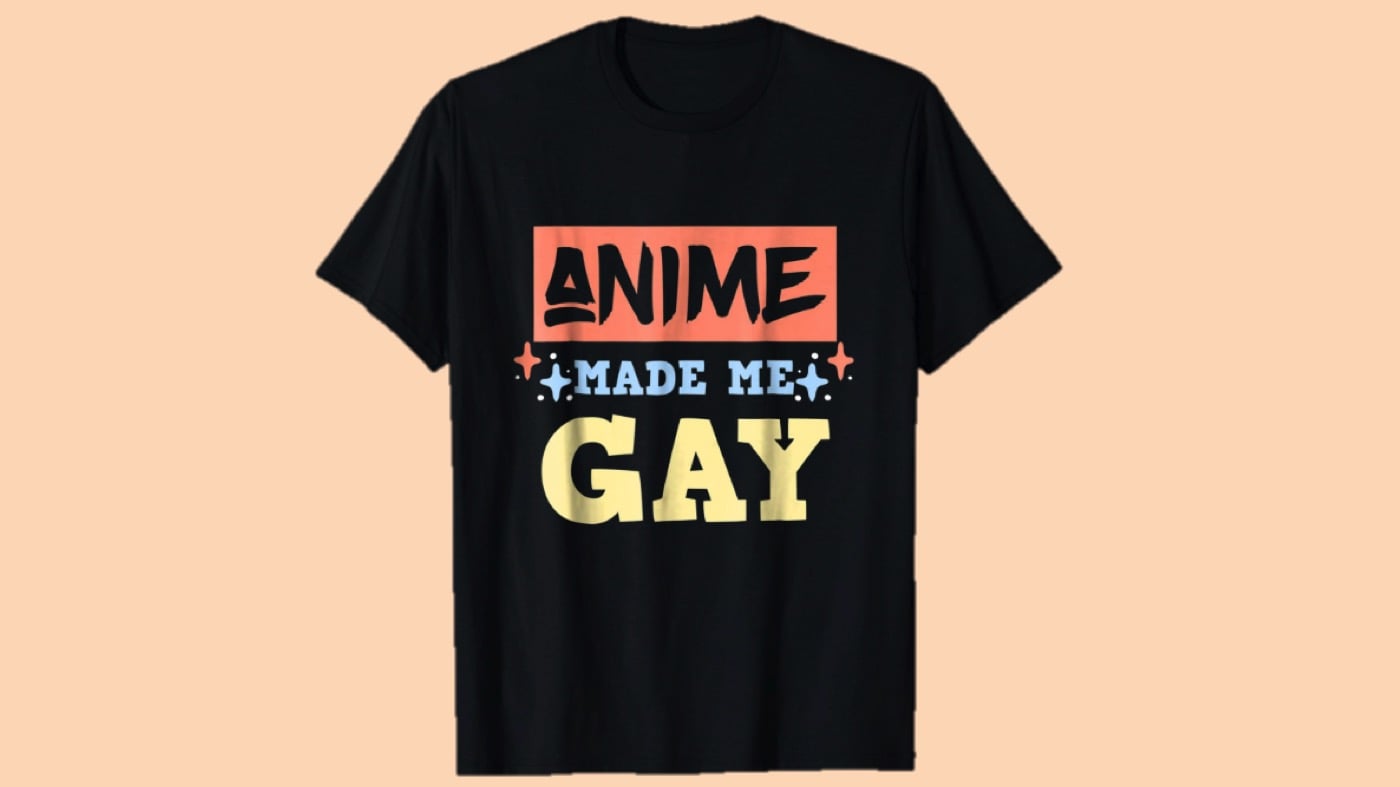 No, anime did not make my son gay. He’s bisexual, anyway. Anime didn’t “do” that to him either. I won’t link to certain places online that contain ludicrous opinions about how children can be “made” gay (or on the spectrum of LGBTQ) because of the friends they choose, the toys they play with, or the entertainment they enjoy. I won’t give those ignorant people more traffic. My son watched lots of shows, including anime. He is bisexual. My daughter watched lots of shows, including anime. She is straight. A study of n=2, but if you want to get into the latest science of why homosexuality is a natural expression of humanity, check out this article based on a TED talk by James O’Keefe. Back to anime.

When my children were young, I returned to college and befriended a group of geeks who introduced me to anime and manga. I distinctly remember seeing manga once in high school on Long Island in the ’90s: A Chinese exchange student brought in an oddly thick and small comic book. When I asked him about it, he explained that in Asia comics were books called “manga” and, even though cartoons were mostly for children in America, that wasn’t the case in Asia, where manga and “anime” were created for all age groups. I remember the cover looking a bit racy and he bashfully explained that this particular manga was definitely not for kids.

Our gateway anime was Kiki’s Delivery Service by Miyazaki that was recommended by my friends because I had children. I watched it with them and we were enchanted. Hamtaro, a cute series about a hamster and his owner was next. I kept asking for more recommendations because I could not figure out from the covers which anime were appropriate for kids. My geeky friends made a list and once we started getting things out of the library, the librarians helped me find more age-appropriate material. Although we all loved Miyazaki films, not all were for their age level, and I found myself watching some alone, and liking them. I couldn’t stand Angelic Layer, but my kids loved it. We were all stunned by the beauty and depth of Haibane Renmei. As they grew older our choices expanded. Bleach was an obsession for all of us: my daughter drew fan art constantly, my son loved the swords and ability designs, and I had a crush on Renji. My nephew, a few years older than my children, was a fan of anime as well. As soon as my kids were old enough he pulled them into heart-wrenching shows like Angel Beats.

Among my parenting friends and family (on both sides), my children were the only ones watching anime and I was definitely the odd one as an adult watching them. I got some pointed questions about my son reading manga with  cutesy, rainbow-filled “girly” covers. I tried to explain that anime and manga had complex stories and characters that were a welcome break from Western themes, and the people recommending them to us were librarians and grown men! That didn’t win over any fans. My adult parenting friends and family accepted my “weirdness,” but never joined in. I stopped trying to explain. My son continued to watch his shows with his sister, and eventually her girlfriends even enjoyed Fruits Basket.

From the start, I noticed the way boys were represented in anime was different from American children’s cartoons. I often couldn’t tell the difference between the boys and girls. Facial features were all… pretty. Hair was short and long on boys and girls interchangeably. In modern clothes, I could only tell if the girls had skirts (in uniform), but if the story took place long ago with kimonos? Forget it. Flower petal rained down on warriors, and pink was just light red. The feminine male warrior seemed to be pretty common.

“Japanese folks are not bothered by thin, delicate male characters.” Isabella Fidanza in Manga and Gender-Fluidity

I was confused about the romantic pairings, some disturbing (girls dressing like little girls with grown men…) and some simply didn’t fit my very Western upbringing: male characters in anime were more sensitive—no problem crying and expressing all emotions. I even wrote a song, “I Love You Japan”, about how confused I was by many aspects of Japanese culture that I also found fascinating:

My kids became vocal fans of anime with no shame. My son loved the shows and learned to read with manga. Both children took Aikido because it uses swords and “you don’t actually have to hit anyone,” as my son was fond of pointing out. He never wanted to hurt anybody. My son did not rough and tumble with the other boys. He was athletic, drew dragons and flame-throwing superheroes, and was an avid gamer, but he was also sweet and sensitive, non-competitive, hugged everyone, adored musical theater, and gravitated towards girls as friends.

I was very comfortable with the androgyny of anime (and manga) and felt it was a balancing influence on my children for the severe visual gender stereotypes present in American media. I started taking them to geeky cons and wanted them to see how cosplaying defied expectations about gender, ethnicity, and body shape (to a degree). The cons introduced them to a community of people who obsessed over anime, and we no longer felt alone in our fandom. Cons are filled with people from all gender identities who love that particular storytelling medium. The LGBTQ community is trying to make itself heard within the fandom. MAJK, GeekMom writer, wrote about “The Gayest Panel at the Convention” at MetroCon 2018, which talked about favorite queer pairings in anime, pairings they wished they saw, and problems in anime in how LGBTQ characters are represented.

Like all entertainment, there are negative stereotypes about men and women in anime. Anime is notably sexist towards women that I have been very vocal about when the kids and I would watch shows together, and would quit certain shows I found offensive. Now in the LGBTQ community, my son does not have many positive role-models on the screen in Western or Japanese media. There are very, very few bisexual characters in anime, and homosexual characters are mostly written to fulfill heterosexual fantasies, with offensive tropes. For the most part, feminine men are not gay, and queer characters (of any gender) are rarely treated fairly. For more details click on the links in this paragraph. This is an excellent article detailing queer representation in anime in the context of Japanese and Western cultures.

Anime does not make anyone change their sexuality, any more than watching My Little Pony makes Bronies gay. My son does not think anime had any influence on his sexual identity, “Actually, I think it was pretty neutral. The biggest thing that helped me accept who I am was Todrick Hall.” (Todrick Hall is a talented American performer who is openly gay.)

The t-shirt photo at the beginning of the article is ironic. (You can purchase it here.) Queer people who are fans of anime know that nothing they watched changed themselves. Yet perhaps seeing a different take on sexuality made it easier to accept who they were already. I hope that is what anime “did” for my son.

2 thoughts on “Anime Did Not Make My Son Gay”