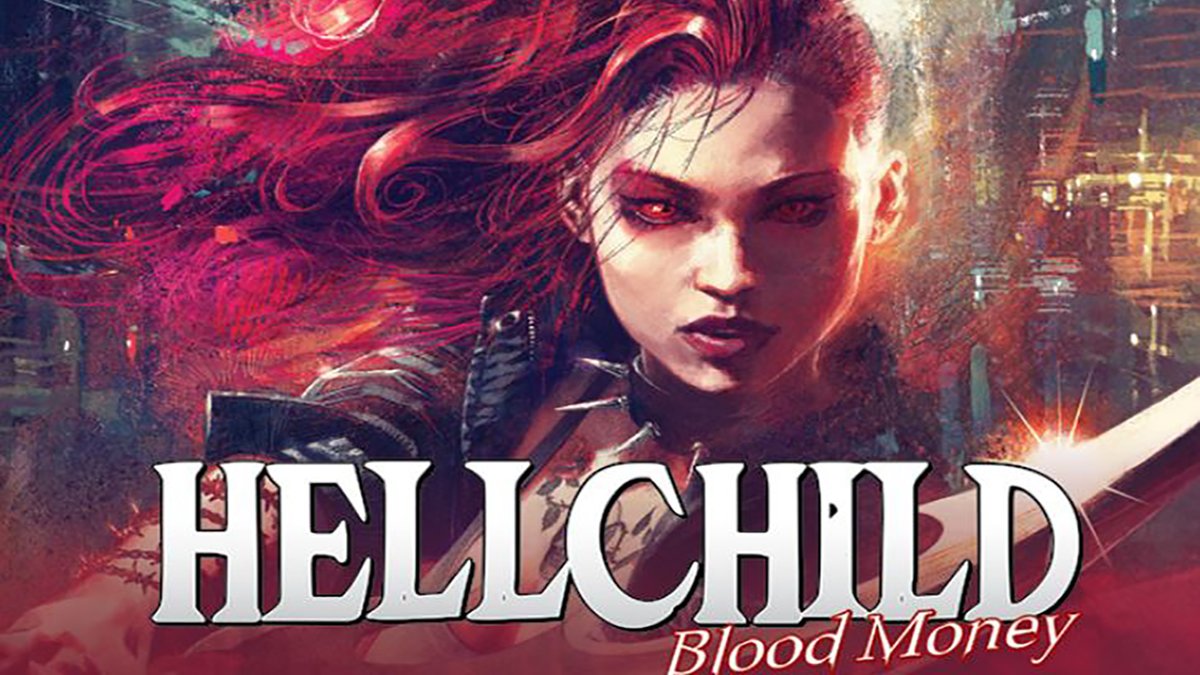 HellChild: Blood Money #1 is the first of a five-issue series published by Zenescope and set in the expansive Grimm Universe. If you’re not familiar with the name Zenescope, the first thing you need to know is that the comics they publish are not for children or those with delicate sensitivities. Generally, people can tell by the covers. The second thing you probably should know about them is they are not erotica despite the over-the-top super sexy covers. That mega-dose of sexiness ends at the cover. The comics otherwise are as normal as any horror fantasy comic and in some cases better than most. The stories are generally darker edgy takes on literary classics or vivid re-imaginings of horror and fantasy characters.

The Grimm Universe is expansive. Zenescope made its name on The Grimm Fairy Tales series which included spin-off titles based on each of the four “Realms of Power.” These realms include Wonderland, Neverland, Oz, and Myst. Zenescope takes these fairy tales and myths, then twists them into dark, creepy, fantasy horror tales. HellChild: Blood Money #1 begins the third mini-series featuring Angelica Blackstone A.K.A. HellChild, who just happens to be the daughter of the God of Death.

Spoiler Warning: If you have not read HellChild: Blood Money #1  There May Be Spoilers Below 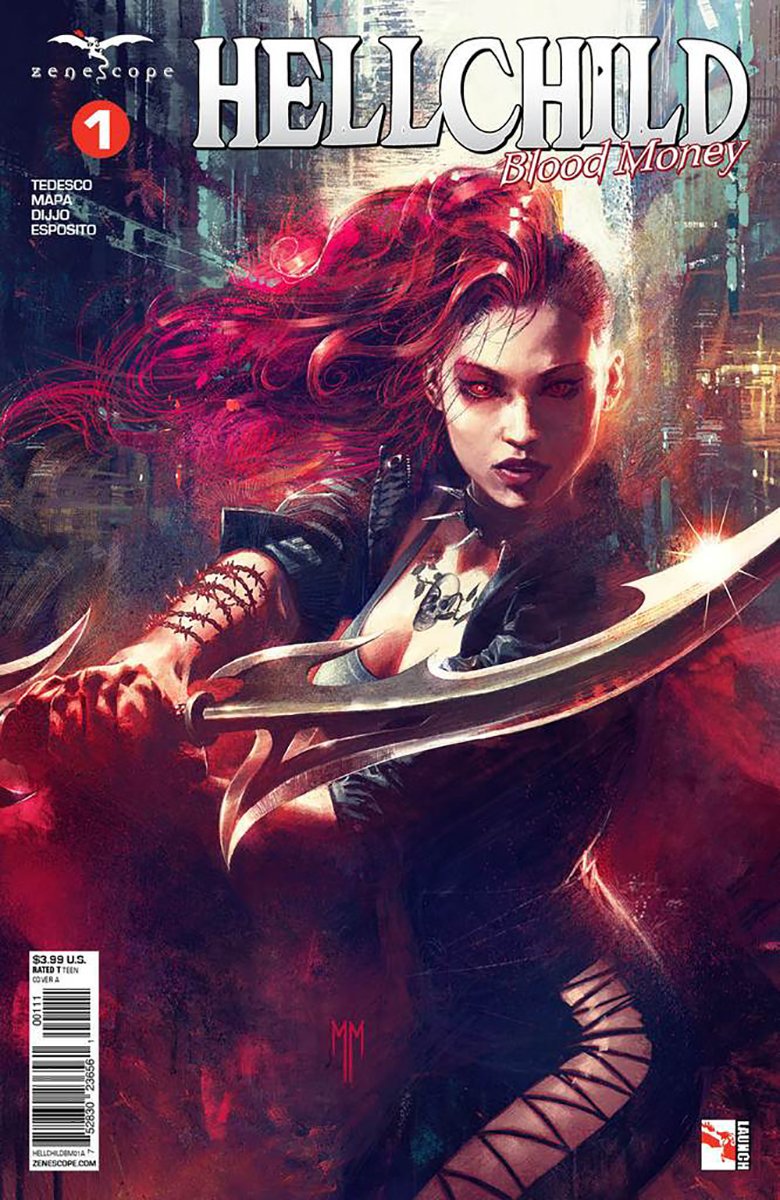 Once upon a time… isn’t that how all fairy tales start? Angelica Blackstone is the daughter of Hades and a mortal woman from a time before the death of the old gods. She fell in love with a certain man, a man named Vlad who at the time was mortal. Hades, in a misguided attempt to save his daughter from tragedy, set in motion events that ultimately resulted in her death. Hades never forgave himself.

Centuries later, Hades fell in love again. This time with Liesel Van Helsing. As partners do, Liesel wanted to help Hades. Unintentionally, Lisel’s attempt to help resulted in Angelica’s resurrection but the daughter of a god had died at the hands of a vampire. It took a long time, and much blood before Hades and his daughter reconciled. Just as it seemed Angelica could relax into life Hades decides to save the world… by dying.

These days, Angelica Blackstone is better known as HellChild. Her occupation of choice is gun-for-hire but the half-god, half-vampire, daughter of Hades doesn’t come cheap, and she plays by her own rules. 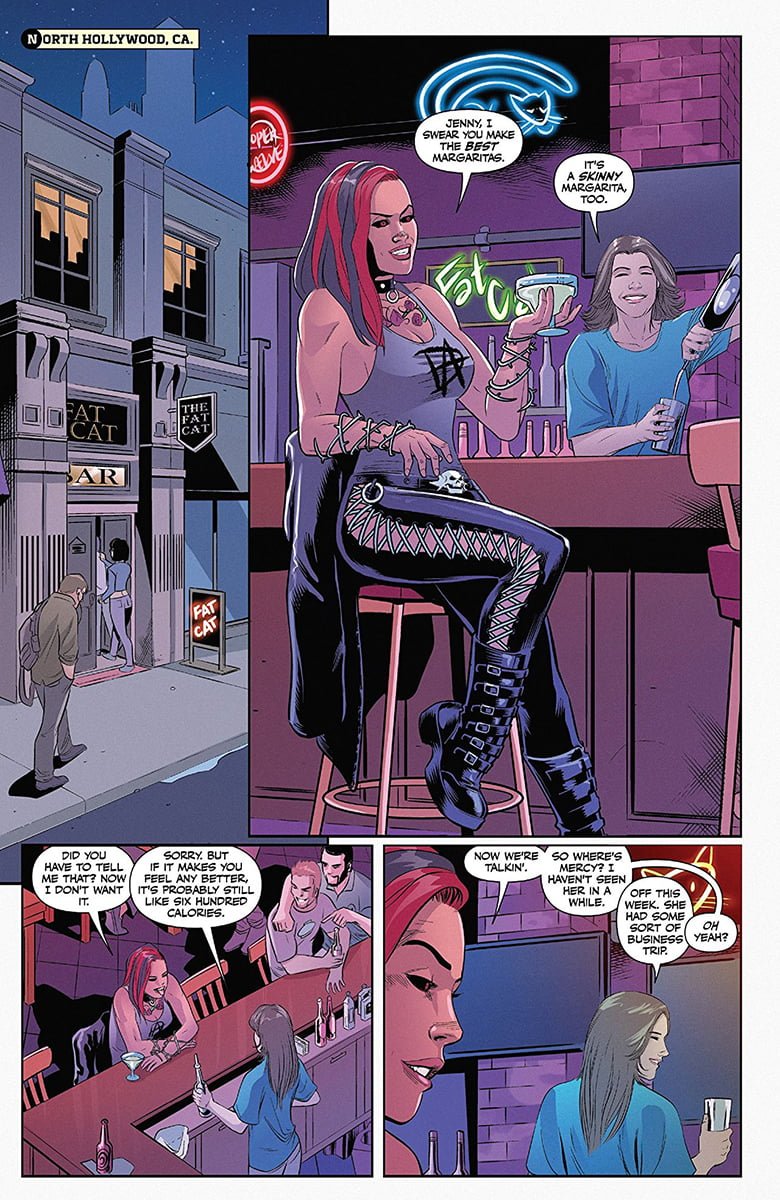 Jake, the entitled twenty-something son of a prominent L.A. businessman, gets himself in a fix involving drugs and resulting in two dead prostitutes. Naturally, he calls Daddy for help. Daddy sends in his men to clean-up the situation only to discover the girls had ties to a man named Tor. Jake has amazing luck because Tor happens to be part of a powerful criminal organization with a tendency to use extreme violence when making a point. Daddy realizes Junior is going to need extra protection, or maybe he knew that Stan the bodyguard was a feckless schlub. Either way, on the advice of his top man, Daddy calls Angelica to “look after” his son. Angelica doesn’t ask for details when she takes the job, but when the whole mess blows up in a downtown nightclub; she may wish she had asked at least a few questions. 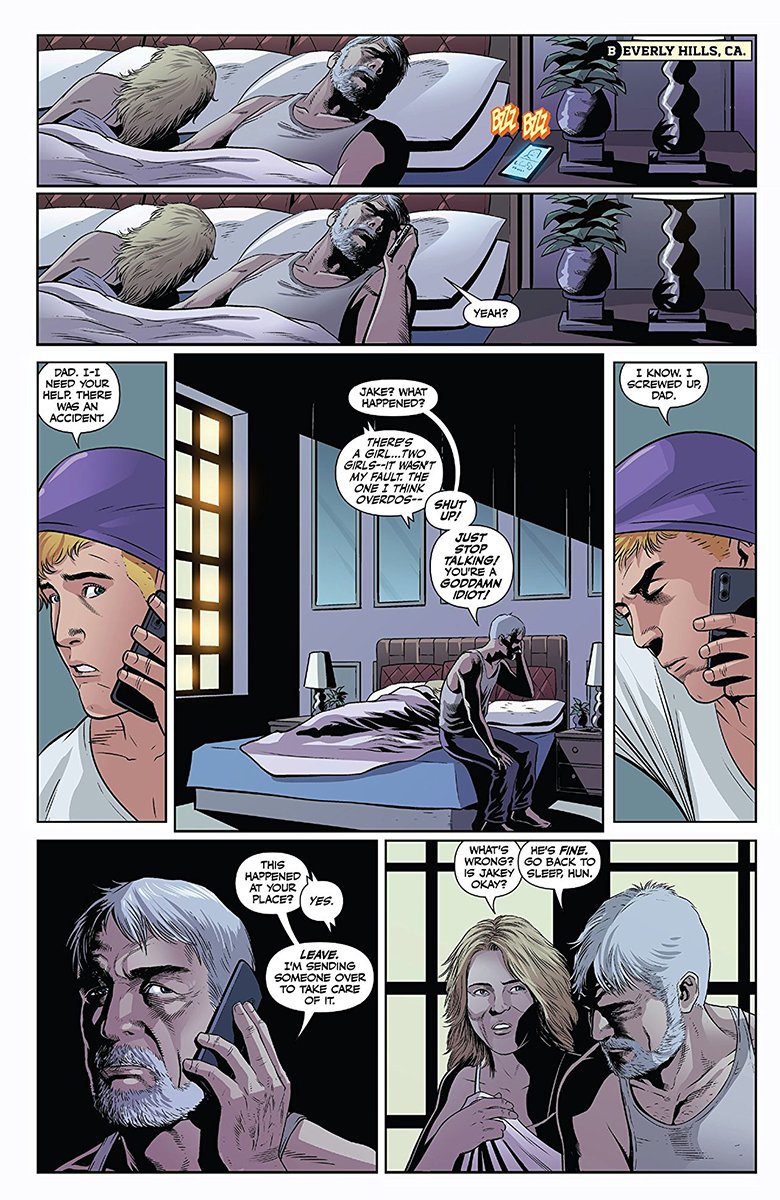 HellChild: Blood Money #1 Is a Set Up

HellChild: Blood Money #1 is a book that I had on my pull list from the moment I heard about it. I even grabbed the variant cover because I love HellChild. Unfortunately, there wasn’t a lot of HellChild in this issue. Tedesco spent most of the twenty-two pages laying out exactly how high the stakes were and the extremes to which Tor’s organization is willing to go. Most of the character from the first six pages are dead by page fourteen, and not one of them by HellChild’s hand. I’m sure Tedesco has a good story reason but the fact that the antagonist gets more screen time then the title character was a disappointment.

On the upside, the story is set up very nicely for what looks to be a high-action issue two. While the plot of dead hookers and rich people covering it up is one of the more over-used plots, fans who have read HellChild: Unholy will appreciate that this plot leans hard on one of Angelica’s core beliefs. If you haven’t read the Unholy mini-series, you should grab it between now and next issue of this series. While I get mine at my LCBS Krum’s World, you can hit your local shop or grab a digital copy on Comixology Unlimited. This story set up is going to present a major conflict once Hellchild finds out and trust me; she is going to find out.

I’ll also give Tedesco credit for the curve-ball he threw readers in terms of where and how Tor goes looking for his gory revenge. After the sadistic torture scene in which Ben and Logan, Jake’s aforementioned friends, are questioned about what happened, it seemed a given we’d see HellChild facing down Tor’s thugs in this issue. Not so much, my friends. Tor’s a nasty piece of work and has a sick sense of vengeance.

Esposito’s letter game in HellChild: Blood Money #1 was strong as ever, and served to move the eye along as well as defining the emotions for the characters.  This was a good thing because while Mappa’s art wasn’t bad, but there were some points where the expression work didn’t come across well.

On the other hand, Mappa’s work on the full-page splash where Angelica first appears is excellent. She’s cut like a woman in her line of work would need to be but she’s not ripped. The softer look gives her the right amount of feminine badassery that I like in my Zenescope heroines. Unfortunately, his work wasn’t consistent, and there were several points at which she didn’t quite look like herself. Still, he ends the issue strong with a great full-page splash of the HellChild we know and love getting ready to do the damage we’ve been expecting.

The colors throughout HellChild: Blood Money #1 had a very retro indie comic vibe. I’m not sure if it was a style choice by Dijjo or what. I feel like it had to be intentional because the entire segment with Ben and Logan being questioned had plenty of the depth and shading (horrifyingly great work) which I felt was lacking in other parts of the work. I’ll reserve judgment until I see the next issue. 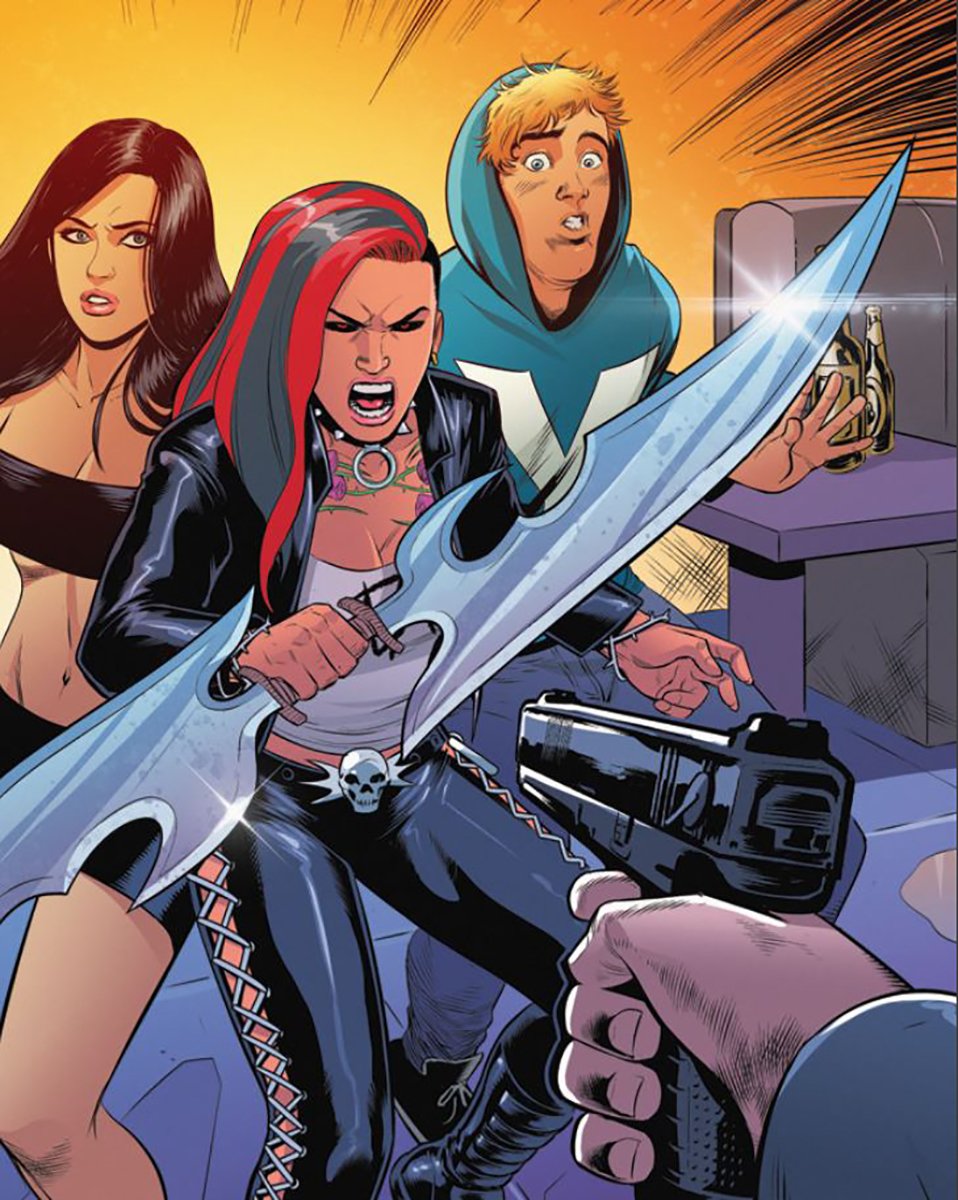 On the whole, I feel like HellChild: Blood Money #1 was good. It wasn’t what I was expecting and might not draw in newer readers as easily as a first issue should but I’m down with it. The gratuitous nature of its surprisingly sadistic script might give your average comic reader pause, but it will definitely pull in your avid horror/gore fans. I’m more used to it being a long time Zenescope fan.

I’m eager to see how things progress because HellChild’s character concept is original and, in the past, she’s been an amazingly dynamic character with real depth. The cliff-hanger ending left me feeling that maybe this should have been a double issue. In the end, I’ll still be grabbing HellChild: Blood Money #2, but I’m not sure I’d recommend this issue to those unfamiliar with Zenescope’s work.

Let me start this with a warning: Extreme Violence, Drug Use, and Prostitution are explicitly depicted. My age recommendation is a solid 18+ and even then I’d caution anyone who isn’t a fan of horror movies or is sensitive to gory scenes. There are more than a few characters oozing toxic masculinity & misogyny in here too—generally the bad guys but just a heads up. 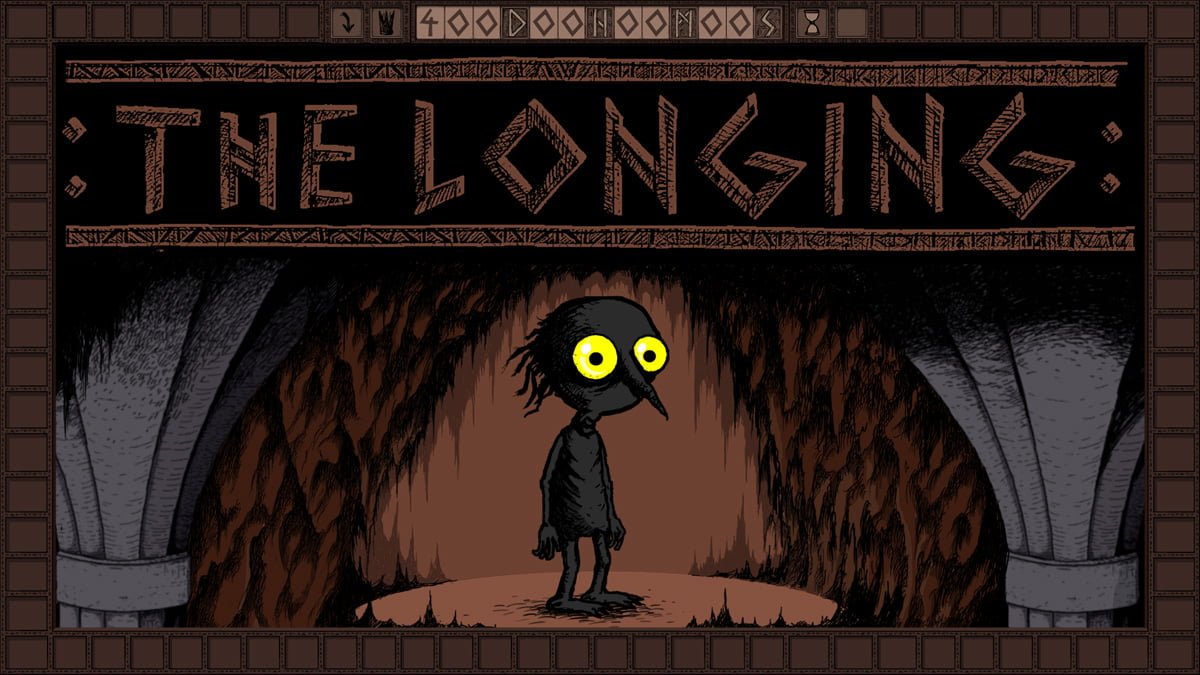 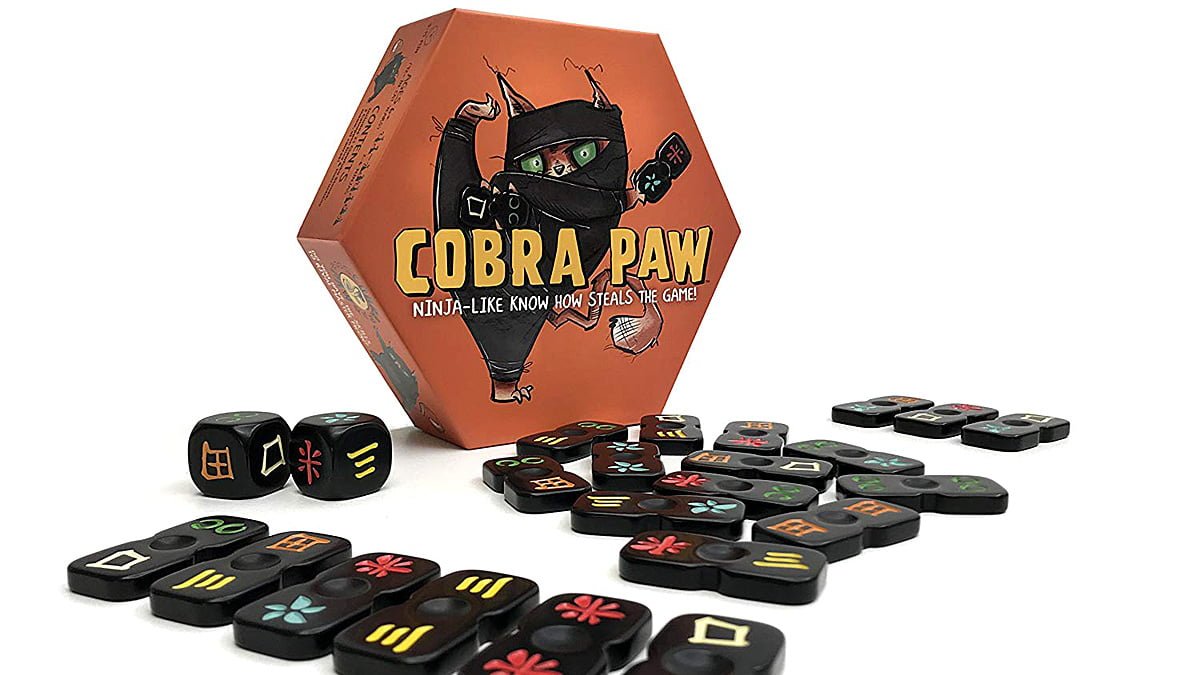