Nine years ago, the movie I saw (or at least heard while doing other things) the most was Pixar’s Cars. My vehicle-obsessed toddler would watch it over and over. Dialogue started playing on a loop in my head.

After a while, his vehicle obsession hyperfocused on trains, though, and cars, while not entirely set aside, were at least moved to a back burner. Eventually, even the trains took a backseat to video games.

But sometime late last spring, the video games reintroduced him to cars. At first it was just the thrill of the race, but soon it was identifying makes and models, learning about upgrades and specifications, and learning the rules of the race. His grandparents took him to the Henry Ford Museum outside Detroit just before school started back up. He doesn’t say “that blue car” anymore, he says “that Honda Civic” or “that Chevy Camaro.” “Look, a Ford GT!” he’ll shout as we’re driving along someplace, to which his sister will reply, in exaggerated cheer, “Look, a car!”

He’ll ask me to pick my favorite car between two complex suggestions, and all I can say is, “You would know better than me.” And isn’t that a funny sensation? When you realize your baby knows way more than you ever will on a specific topic?

Last night we found Cars 3 on his grandparents’ TV. It begins with an homage to the beginning of the original movie…and my nostalgia gland kicked in. I watched my no-longer-toddler as he watched this movie with only the vaguest memories of having watched the original so much. “Is this a proper NASCAR race? I’m not sure they’re following the rules,” he said now. In my head a tiny boy was cheering, “Go, go! VROOM!” Now the tiny boy’s tween doppelganger identified characters by their model names and asked questions about racing specifications that I only vaguely understood. The tiny boy in my head was making engine noises for his sippy cup as he raced it along the table. “That was a good movie,” said the tween. A tiny boy in my head solemnly handed me a DVD case and dragged me back to the TV.

This car nut phase seemed like a recent development, but it had only been lying dormant. He just watches things go VROOM on a much deeper level now.

The Borrowers Meet the Big Screen 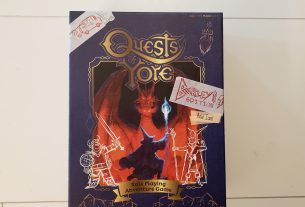