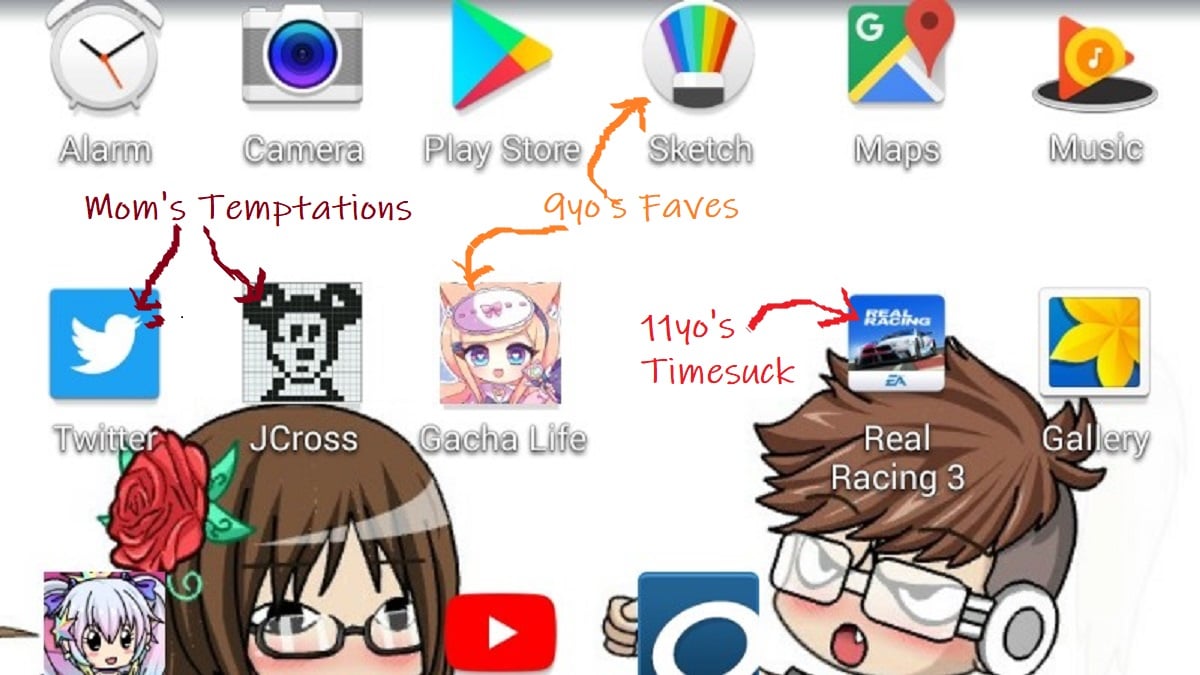 Pre-kids, I subscribed to GAMES Magazine. My favorite puzzle was what the magazine called “Paint By Numbers,” a logic-based coloring puzzle. Each month I’d turn straight to the “Paint By Numbers” page and puzzle them out until I’d finished all five or six or I gave up on a particularly tricky one.

But notice I said “pre-kids.” POST-kids the only moments I had for pencil puzzles were bathroom breaks. New issues would come before I’d barely cracked the old issues, and finally, financially-strapped, I, with much sadness, canceled my subscription. The bathroom remained stocked with the old issues I’d accumulated, and remained stocked for ten years. But as the pile grew thinner I wondered what to replace it with. Was it time to renew my subscription? I still didn’t really have time outside of the bathroom. But those decade-old issues advertised, among other things, an entire book of just “Paint By Numbers,” and I thought that might be a better investment… if only they were still selling it. The Kappa Publishing website was not helpful, and searching was difficult when “Paint By Numbers” tended to turn up a completely different kind of activity book. Currently the bathroom is stocked with an old Dell crosswords book my mom left, and I stopped looking for “Paint By Numbers.”

Then I had surgery, and found myself zonked out on the couch for much longer than I was mentally prepared to be (a “Band-Aid surgery,” they called it! “Outpatient, you’ll be home that evening!” they said! That was true, but didn’t really indicate I’d still be completely out of commission for a week). I had my Nook tablet for company, but was bored of reading and TV-watching and social media-ing. And I’d finished all the puzzles in my Sudoku app that didn’t require random trial-and-error, which is so much less satisfying than purely logic-based puzzling, so I deleted it and popped over to the app store for a new one.

And there I saw it. “Paint By Numbers.” But here it was called “Picross,” and I still don’t know if that’s the official term for the type of puzzle, because the app is kind of poorly translated (it tells you “Congratulation!” whenever you complete a puzzle). Doesn’t matter, I had my favorite puzzle again no matter what it’s called. Happy ending, right?

Except as the week wore on, I started feeling unwell in a way that had nothing to do with my surgical wounds. My days were becoming completely sucked up by Paint-By-Numbers-Picross-Whatever-It-Was. And I remembered something I’d forgotten: the puzzles were addictive. The reason I didn’t put a new magazine down until I finished all the “Paint By Numbers” was that I couldn’t. It required more willpower than I had available. But luckily, there were only five or six “Paint By Number” puzzles per issue, so eventually I had no choice but to stop.

There were far more “Picross” puzzles in this app than just five or six. And I still, technically, didn’t have time to devote to pencil (or touchscreen) puzzling, now that my convalescence was over. But if I pick up the Nook to look up something else, I’ll sidle over to the Picross app and think, “Just one puzzle…” which turns into “just one puzzle more….” Even now as I type this I can feel the pull from across the room. “Just a break for just one puzzle, that’s all!”

After a few months, I actually did finish every puzzle in that app. There, I thought. Now I can stop. That lasted a couple of weeks, until I found myself sitting and waiting for something and just needing a little brain jiggle. I searched “Picross” in the Apps store and found another, and off I went again.

As far as addictions go, a little video game addiction like this is relatively harmless. It won’t outright poison my body or make my mind undependable like substance abuse. It won’t drive me to bankruptcy like a gambling addiction (or substance abuse, too, for that matter). It just wastes the time I could spend on more productive pastimes. But I’m not the only person in this family with a video game addiction, and for my eleven-year-old it’s a lot more problematic.

When you tell him he’s used up his screentime for the day (and we’re not stingy—he gets 4 hours a day total. That’s generous! Some would say too much so!), he fights, he mopes, he can’t think what else to do with himself. The longer he plays, the more cranky and uncooperative he gets. And we’ve seen the alternative. When he gets exercise, or has a project he can dive into, he’s happier, more energetic, glowing.

But a little bit of video gaming can really help him calm down. They help him socialize, not just online in Roblox chat, but it gives him something to talk about with other kids his age: a necessity for a shy and awkward kid. And he learns things, not just visual-spatial skills. Video games started him on his latest geekdom—cars—and he’s taken his knowledge (and thirst for more of that knowledge) into the real world.

There’s a documented correlation between ADHD and a tendency toward video game addiction. It’s not, as the pearl-clutchers might have you believe, because gaming causes ADHD. It’s because it works as a kind of self-medication: it helps improve focus and constantly rewards users with little bursts of dopamine. Naturally people with hyperactive brains are drawn to that. But people with hyperactive brains also tend to suck at self-regulation, so once they get started on something that makes them feel good, it’s really hard to get them to stop.

Oh, and by “them,” I do mean “us.” We all have ADHD in this family, and trust me when I say that makes consistency something of an impossibility. Nobody here has any discipline. We parents are almost as likely as the kids to forget our chores or deadlines, to say we’re going to do something and never finish (I have actually been writing this article for over a year. I knew I’d get back to it someday!), to be distracted by some other task in the middle of whatever we were doing and forget about the first thing entirely, to do whatever occurs to us to do in the moment even if it’s not perhaps the best use of our time. The only reason we are only “almost as likely” is that we better know what’s at stake if we don’t get things done. It gives us an extra push. Kids require their grownups to set these priorities, to teach them what has to be done versus what’s nice but not necessary. Grownups with ADHD tend to know the difference but be unable—where has my back-scratcher gone, I’m in misery here—these scissors might work—these scissors have guck on them, I have to pick the guck off—it’s not coming off, maybe I need some Goo-Gone, I wonder if there’s anything on my desk that can clean them off—agghh, I should probably clean this desk sometime, stuff keeps spilling off—sometime—maybe there’s Goo-Gone in the closet—SIT back down, Amy, you’re writing! So has gone my brain since I left off.** Grownups know that typing this article is more important than cleaning guck off a pair of scissors you weren’t even using to cut anything, but a grownup with ADHD has to work really hard to act upon the prioritizing.

But kids, as I was saying, can’t even do that much. Which is why the grownups have to step in and set the limits.

The 9yo’s ADHD manifests in electronic use through multitasking: she tends to use at least two devices at once, one playing a video, one for drawing a picture, one for chatting with other young online artists (or occasionally her older relatives using her mother’s social media accounts), or some combination of the above.  But she’s easier to limit, time-wise: if she can’t draw on a touch-screen, she’ll happily draw on a piece of paper.

But the 11yo wants his game fix, and will take no substitutions. Well, not without a fight. And as irrational as it seems, I can relate.

“Why don’t you and Daddy have a screentime limit?” he demands of us several times a week.

“Because we’re better at managing our time, and we do lots of other things that aren’t on electronics, and we don’t throw a fit when we have to get off,” I respond.

But better is the key word. Better, not perfect. I do know the pull of that little brain fix. Until the day I can pick up the Nook without being tempted by the Picross app, I can’t claim total innocence. But I know if I don’t stop, we don’t get dinner.

*Okay, here’s her full image. I think she’s summed up herself and her brother pretty well—notice he’s got his gaming headphones on. I’m not as entirely sure what she was trying to say about her parents. She claims that I am thinking about how everyone else is a weirdo, and Daddy “just keeps talking.” Says the one that talks most. Also, there wasn’t a hair choice with hair on the sides and none on the top, so she gave him the one with hair on the top and none on the sides.

**Just in that sentence, in the span of a couple of minutes. If I were to play-by-play everything I have done and thought in the course of writing this whole article today,*** no one would be able to follow it (there was quite a long tangent about “cleaning out the coat closet,” which itself had several tangents). And that’s not even counting the year I took off from it in the middle because I got bored with it. The article, that is, not the coat closet.

***It is now three days later than the day I originally restarted writing this. Don’t even ask what’s gone on in that time. 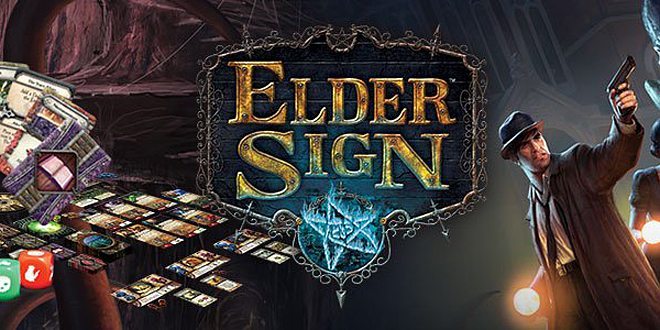 Comic-Con HQ: 3 Shows You Need to Be Watching 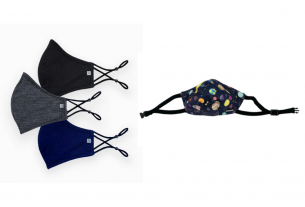