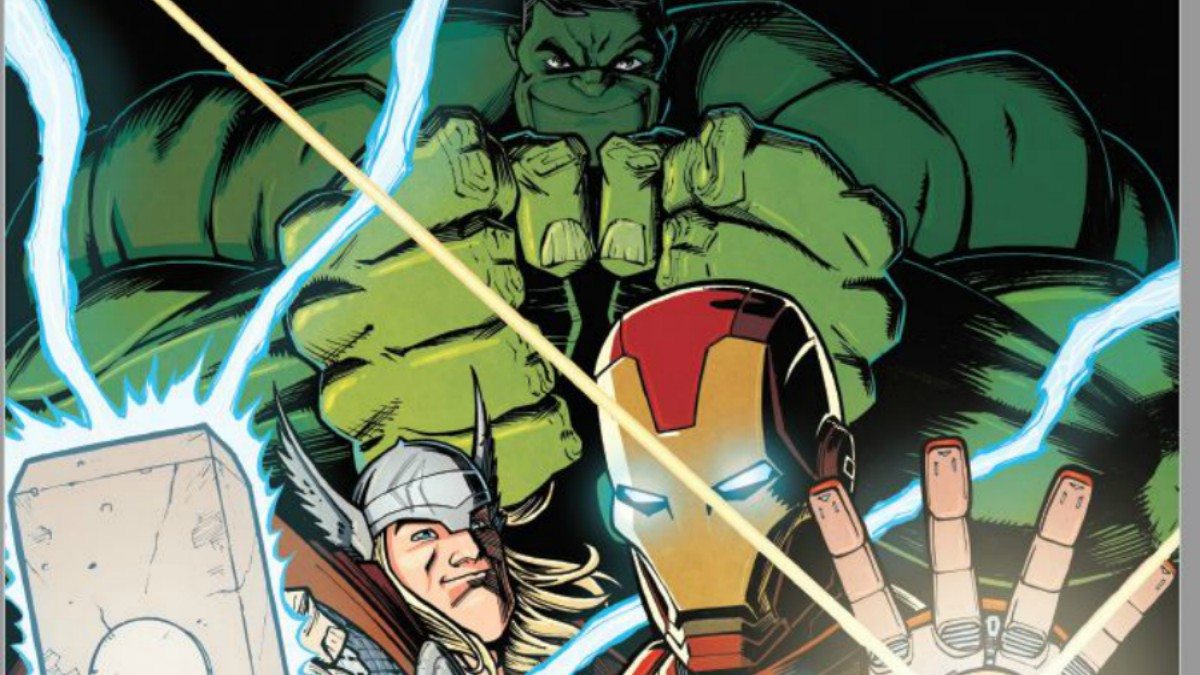 I’ve been trying to figure out what to say about Avengers: Back to Basics for a week.

The concept of this book is simple: Kamala Khan, current Ms. Marvel, member of the Champions, and epic fangirl, gets a virtual reality visor from the Vision. As the intro says: “She can watch and join any Avengers’ battle as though she’d been there herself. You’re about to see Avengers history through a whole new lens…”
Really cool concept. But after the first issue, I’m finding myself… well, pretty lost.

Avengers: Back to Basics Credits:

The book opens with two pages of Kamala with her mother, offering a quick explanation of the visor and what she’s up to. Kamala asks the visor to search for any references to Thor and Ragnarok. We then begin to see what, presumably, Kamala’s seeing through the visor.

Those words got me excited, I’m not going to lie. The probable final Thor movie (Ragnarok, of course) was brilliant, and Jack Kirby always wanted to do a Ragnarok comic. And, let’s face it, the original Avengers were all white, and a lot of male (yes, I know Janet Van Dyne named the team and was a founding member, talk to me when the MCU knows). What would it be like to have the perspective of a young Pakistani girl on those early days.

Except that isn’t what happens, at all.

The Avengers story that follows is… strange. It’s a pretty standard comic book story, but it didn’t feel to me like an Avengers story in particular. It didn’t feel like much of anything, frankly. Bruce Banner and Thor are swapping stories and are interrupted by Loki; Tony Stark is attending an eclipse event. There’s a tentacle monster, blood sacrifice, a prophecy about the end of the world. The issue ends with Fenris appearing from beneath the park.

But I had trouble understanding who this story was supposed to be for. The miniseries is titled Back to Basics after all, so I thought we might see up-to-date reinterpretations of old Avengers stories.

That’s not what we have here. While there are tangential references to the first Avengers issue, it’s given little to no context for a new reader as to what the Avengers really are at this point. It doesn’t appear to be based on anything, which is fine, but without that setup, framework, or even commentary from Kamala, the story seems strange.

Who is this comic for?

Maybe the event was supposed to showcase how a younger audience would interpret an Avengers story, possibly making the comic accessible to a new, potentially younger audience.

Absolutely not. This book requires a fair amount of foreknowledge just to understand the frame device. Kamala is a huge Avengers fangirl; in her first issue, she is writing Avengers crossover fanfic, and one of the few worthwhile things about the Secret Wars event was the issue where Kamala got to meet her hero, Carol Danvers.

Perhaps the comic is designed to be an accessible comic for those new fans crossing over from the MCU?

Not really. Again, there’s the foreknowledge issue. The characters are written kind of like the MCU versions – but Hulk is written like Peter David’s Hulk from the ’90s, and Jarvis is a person, not an A.I. And what is this framing device about? Kamala’s presence, after those first two pages, is non-existent. I don’t even feel her gaze in this story; it’s just a regular comic book doing regular things. And, notably, every character after Kamala’s brief presence is white, and all of the powered characters are male. So if I was hoping to get the perspective of a young girl of color, specifically, I’m out of luck there too.

As a regular comic book, it was okay. There are a couple of funny beats; Jarvis cracking Loki over the head is beautiful, and frankly, I will read Peter David’s Daily To Do List and expect a few laughs. But beyond that? I didn’t understand what the point of this was at all.

I keep waiting for Marvel to wow me with something fresh and new and exciting. The MCU is doing incredible, exciting things that I adore. A lot of Marvel’s comics, unfortunately, seem to exist because they have to rather than because they have something to say. Maybe something will change with Issue #2, but if it does, that’s a month and $3 away just for the chance.

Disclaimer: GeekMom received this comics issue as a review copy

A Car Geek Growing Up

A Time Lord to Remember: My Thank You Letter to Peter Capaldi