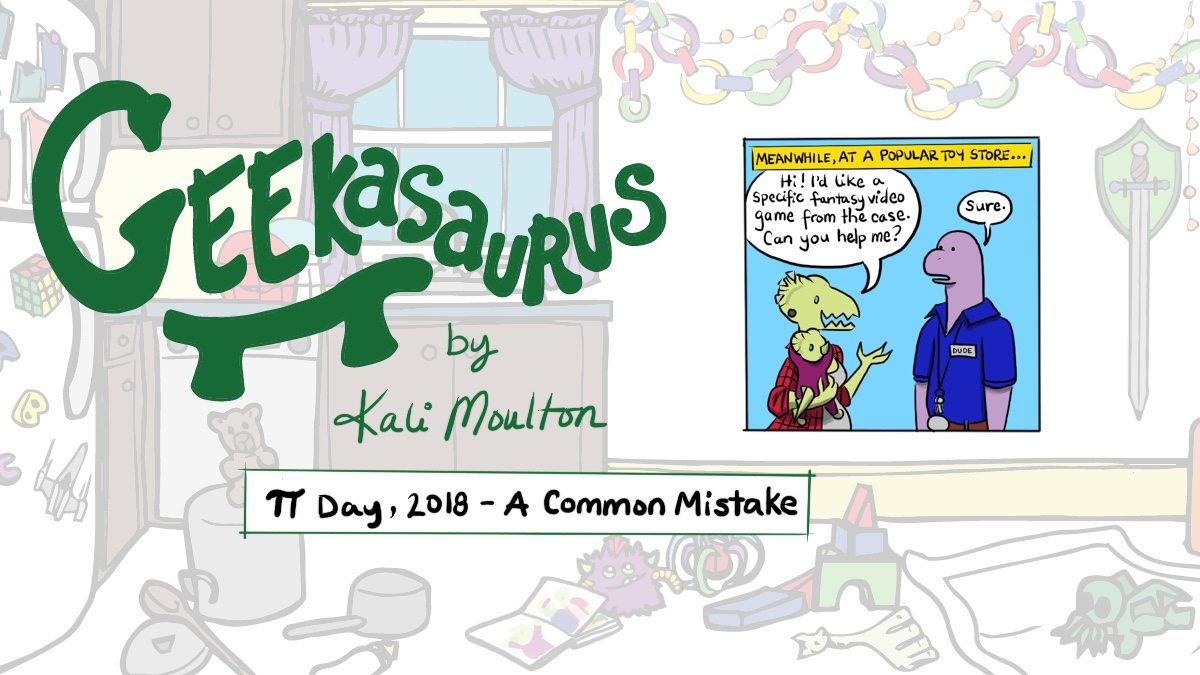 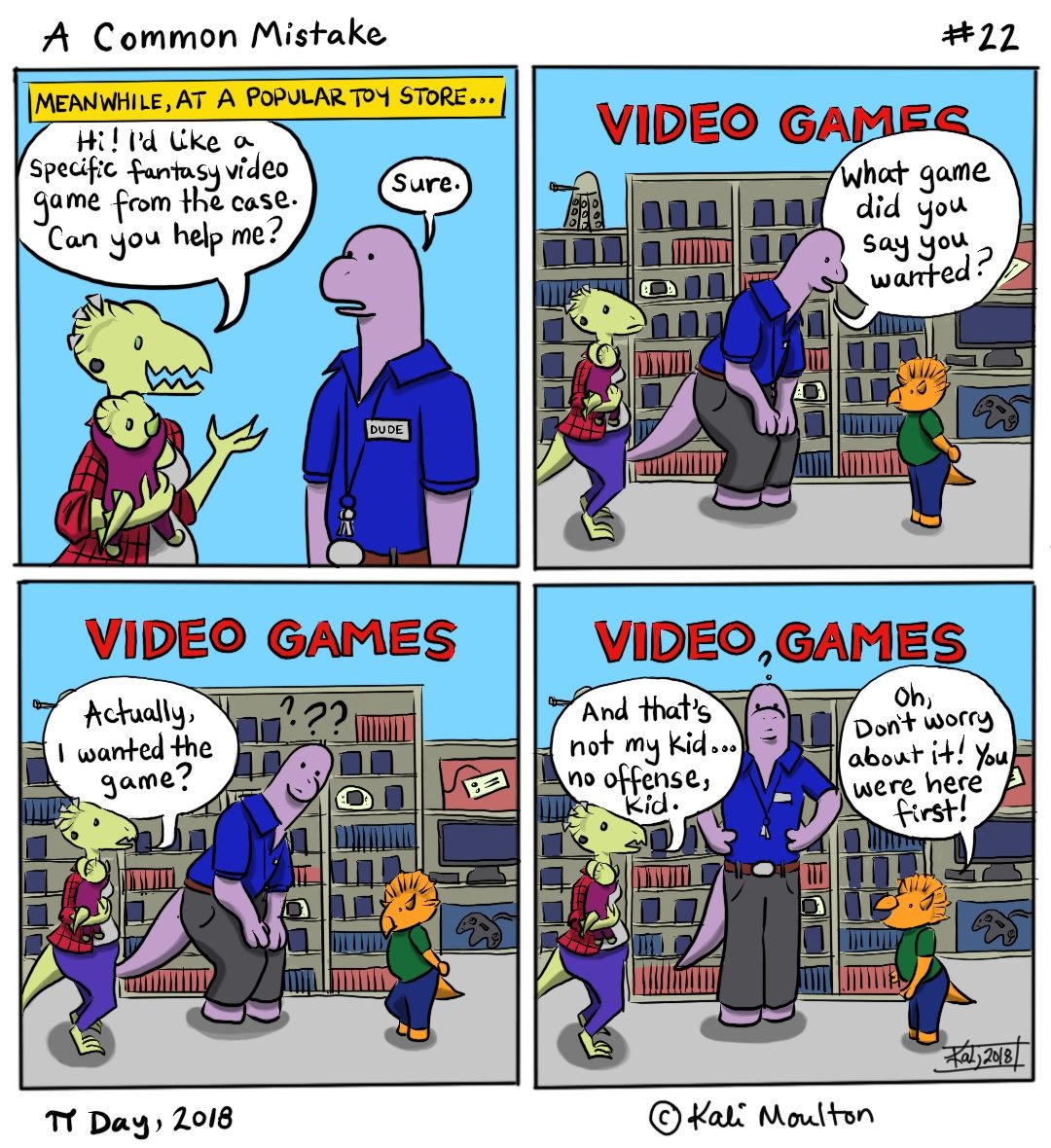 I now see the error of my ways in neglecting to notice that today’s comic falls on one of the most holy of nerd days … whoops! I’m setting a reminder for next year. It will be 3.14rrific.

In the meantime, feast your eyes upon a real situation that actually happened recently and occurs often enough for me to notice. I’m talking about that common mistake everyone has experienced – the mistake of assumptions. And you know what happens with assumptions, right? That thing that they make out of you and umptions? Not cool.

I was at a popular toy store buying the Dinosaur some things she needs (and other things that she doesn’t) when I decided to buy myself a video game. I used to be big into World of Warcraft, but it’s been a little while since I’ve had the time to play a video game, and to be honest, I’ve was in need of some serious #nerdcare. Then, poof! The mythical store employee with the magical case key appeared before me. My wishes had been granted! We walked all the way across the store to the sparkly display of games behind glass, when the store employee began talking to a random little dude looking at some stuff on a nearby shelf.

Now, to be completely fair, the store employee looked like he was having a super rough day. But this type of thing happens to me a lot. There are stores that I no longer go to becasuse they ignore me or talk down to me when I ask questions. They assume that I’m buying for a friend. There have been times when I ask a question and the answer is directed at my husband rather than to me. Or, (apparently in this case) the control goes to the nearest completely unrelated little boy, who was totally awesome by the way. He wanted to make sure that I was helped first because I was there first. Kids are awesome.

In my experience, it’s a common mistake. But in this progressive world, maybe it will fade into the sunset. Maybe the Dinosaur won’t have the same experiences that I do. 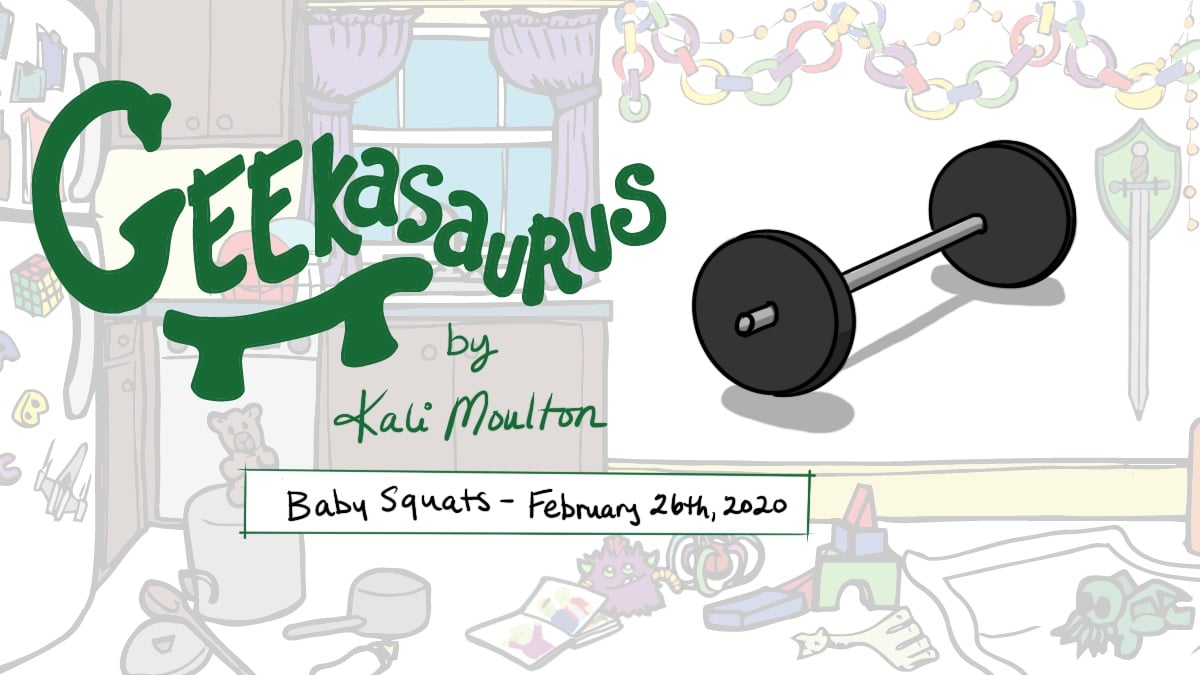 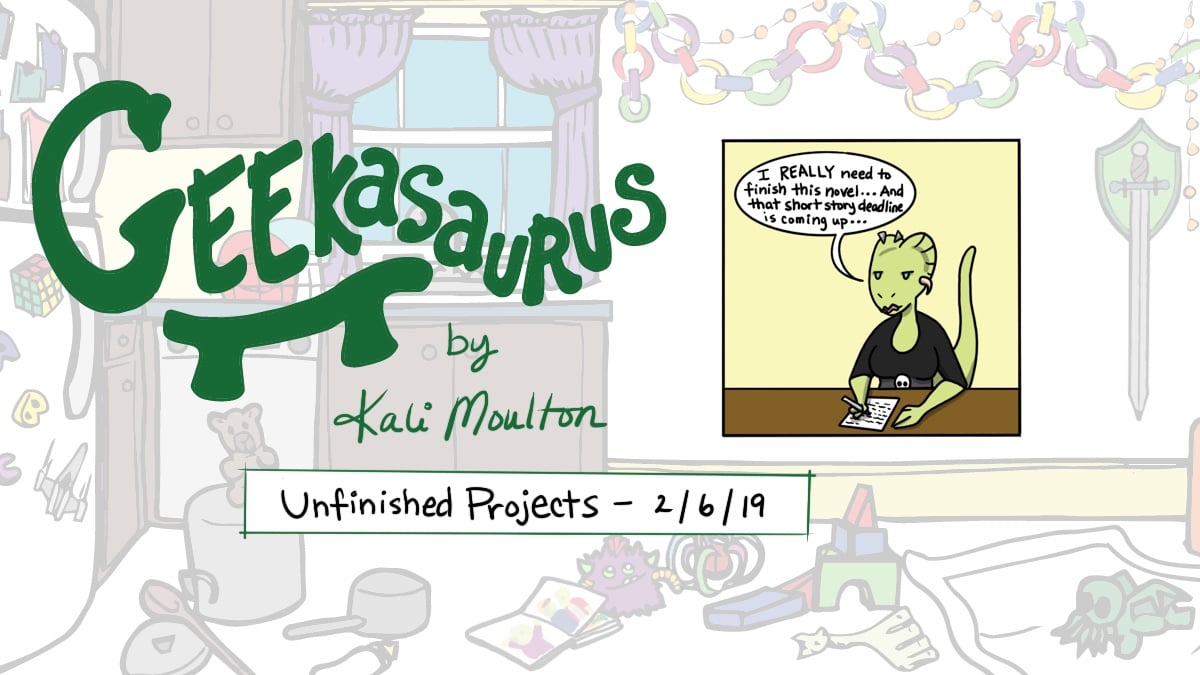 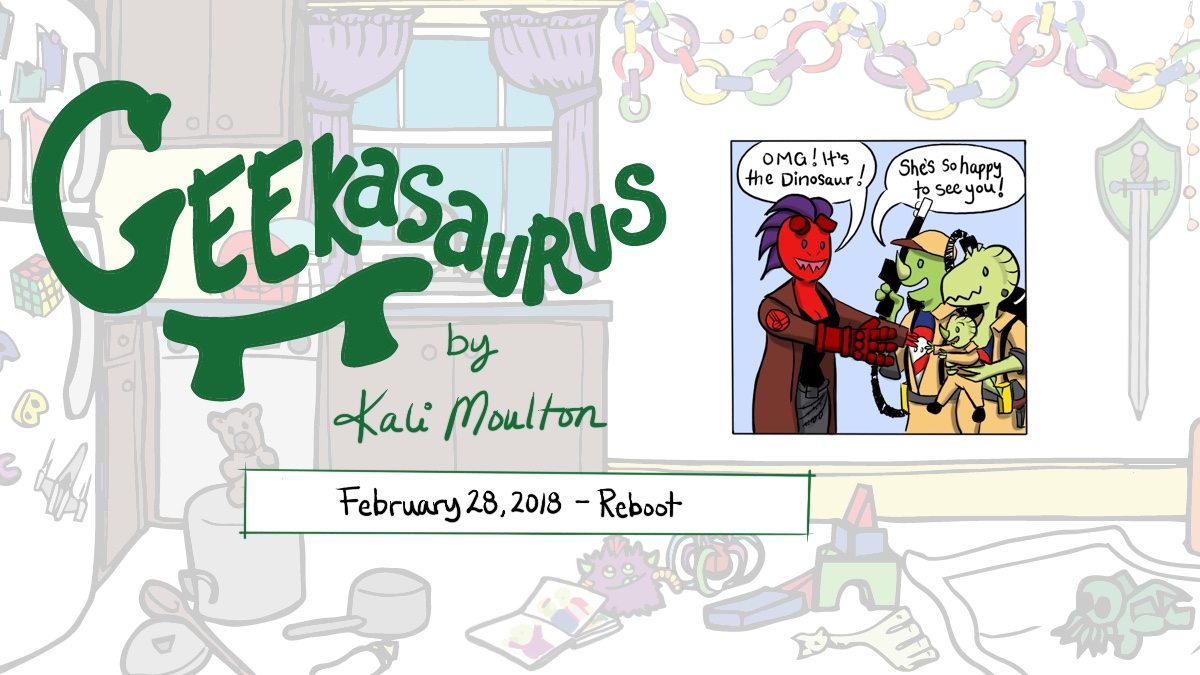