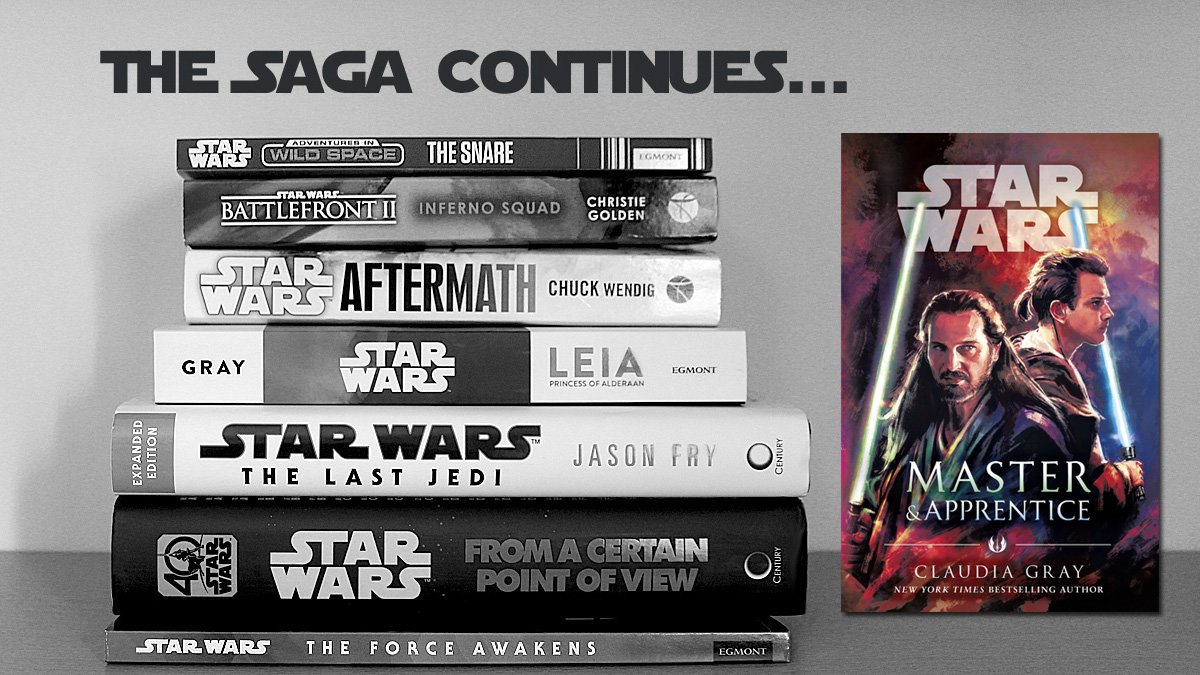 Master and Apprentice is the latest novel in the new Star Wars canon.

It is written by Claudia Gray and follows Obi-Wan Kenobi and Qui-Gon Jinn on a mission set approximately seven years prior to the events of The Phantom Menace.

I was excited by the prospect of Master and Apprentice from the moment it was announced at SDCC in July 2018. Claudia Gray is one of my favorite Star Wars authors, she has previously written Lost Stars, Bloodline, and Leia: Princess of Alderaan for the Star Wars new canon series and I was excited to see what she would do with these two characters. The period prior to The Phantom Menace is relatively untraversed in the new canon, especially for the big name characters, so there’s plenty of space to explore here.

The core plot of Master and Apprentice revolves around Qui-Gon and Obi-Wan’s latest mission; on this occasion, they have been sent to the planet of Pijal because Qui-Gon’s help has been requested by the Jedi Rael Averross.

Averross is, like Qui-Gon, a former padawan of Count Dooku. He has lived on Pijal for seven years in the role of Regent for the young princess Fanry, taking on the role after a tragic incident which resulted in the death of his own young padawan.

Now, on the eve of Fanry’s coronation as Queen to a new constitutional monarchy with power being handed to a newly powerful parliament, political disputes have broken out that require fresh eyes, and terrorists are threatening Pijal’s future.

Much to his apprentice’s chagrin, Qui-Gon teams up with Rahara Wick and Pax Maripher, jewel thieves with their own ties to the political maneuvering now threatening every aspect of Pijal’s fragile situation, in order to uncover the truth about what is really happening on Pijal. Only soon, he receives a vision of the future which threatens everything, including his standing within the Jedi Order, which views visions as a path to the Dark Side.

Master and Apprentice picks up on several things mentioned or hinted at during The Phantom Menace and uses them as jumping-off points for this novel. Key among those is Qui-Gon’s invitation to join the Jedi Council, which serves as a backbone to the entire novel.

This revelation is sure to throw a lot of fan theories out of the window, as it has been widely accepted that Qui-Gon would have been invited to join the Council had he been less controversial and more willing to follow the rules and structures of the Jedi Order.

The knowledge that he was actually invited to join and declined (we already know he will not accept the position given his situation in The Phantom Menace) changes much conventional wisdom about the Jedi Council and their willingness to see the “grey” of a situation, rather than just black and white. This is something that may play out further in The Rise of Skywalker, given existing fan theories and the direction the story of the Jedi currently appears to be heading.

As the title suggests, the relationship between Qui-Gon and Obi-Wan is the heart of Master and Apprentice, and setting it several years prior to The Phantom Menace allows us to see these two characters at a much earlier stage in their friendship.

The two are, as we already know, very different Jedis, with Obi-Wan keen to follow the rules exactly as written, and Qui-Gon always exploring the boundaries of what is possible and frequently disregarding the law altogether. This conflict drives the pair apart through their own fears, Qui-Gon’s of failing his apprentice, Obi-Wan’s of failing his Master. The latter’s fear is compounded by Qui-Gon’s failure to reveal his council invitation to Obi-Wan, an invitation which, if accepted, would sever their partnership.

I found it interesting to see the way their relationship changes throughout the book, ending at a point where we can see the seeds of the far more balanced partnership we witness in The Phantom Menace.

Away from Qui-Gon and Obi-Wan, I found myself drawn to the characters of Rahara and Pax. The pair have really, interesting backgrounds, particularly Pax, who was raised by protocol droids on an abandoned starship for many years. This gives him an odd, almost mechanical way of interacting with the world and with others which is frequently misunderstood. Rahara’s background is rooted in slavery and ties closely to the situation unfolding on Pijal. I felt her terror viscerally during a late scene in the book when that specter of her past comes looming once again. I hope we get to see these characters again at some point – I’d especially love for them to make an appearance in the Star Wars Adventures comic series, where I can see them fitting in well.

There are many other small nods to the Star Wars saga as a whole throughout Master and Apprentice. I particularly enjoyed the scene where, overcoming his nerves, Obi-Wan formed a bond with a varactyl, a creature we see him riding confidently in Revenge of the Sith – I like to think he went back to Pijal one day and brought her with him.

I also liked the way Qui-Gon’s opinions on slavery and the Republic’s lack of intervention link us to his thoughts and feelings about Anakin and Shmi’s situation many years later. Slavery has been something that has existed in the Star Wars canon since its early days, and it always irked me in the prequels how a Republic with such power seemed content to turn a blind eye to the practice. Qui-Gon’s challenge to this status quo felt right for his character and began to fix an issue I’ve had for many years. However, for me, the most intriguing aspect of Master and Apprentice is Qui-Gon’s relationship to the Jedi prophecies.

Master and Apprentice is told mostly in the “now” time period of the mission to Pijal, but it does feature multiple flashbacks to Qui-Gon’s youth and his apprenticeship as a padawan to Dooku. During these scenes we see him forge a fascination with the Jedi prophecies, of which there are many beyond the “Chosen One” prophecy we learn of in The Phantom Menace. He and Dooku study the prophecies together and it is clearly insinuated that they take away very different teachings from the vague messages and warnings they explore. Eventually, Qui-Gon is convinced to put the prophecies aside for more practical concerns, but the events on Pijal convince him to return to the source of his teenage infatuation in order to glean more understanding and save those around him. I really hope that the upcoming Cavan Scott audio drama Dooku: Jedi Lost will expand on this element even further.

Of course, this story isn’t perfect. I struggled to connect with the character of Rael Averross, even after learning his tragic backstory and the way he connects to the difficulties foreseen in bringing Anakin into the Jedi at the age of nine. I also struggled initially with the (admittedly limited) portrayal of Yoda, although I have found myself acclimating to it, as I went further on the story.

For me, the thing that rankled most was the portrayal of Obi-Wan as a lover of all things flying until a single incident toward the end of the book that seemingly put him off for life, if his many comments about flying in later portrayals of the character are anything to go by. Having read many real-world accounts of racing drivers involved in horrific crashes that resulted in life-changing accidents who are immediately back in the driving seat as soon as their health permits, this felt unbelievable to me. Finally, I found the short afterward somewhat unnecessary and didn’t feel it added anything new to the story or the wider canon.

This is a slow burning story that might not excite those hoping for pages packed full with adventure and excitement, but a Jedi craves not these things. Instead, this is a thoughtful and fascinating exploration of the early years of two characters critical to the saga as a whole. In Qui-Gon’s case, he has so far been given limited scope for us to learn more about him, and in Obi-Wan’s, we get to see an even younger version of the man who will bring many of Qui-Gon’s beloved prophecies to fruition.

GeekMom received a copy of Master and Apprentice for review purposes. Check out more Star Wars book reviews in our The Saga Continues column.

The Gift Of Wisdom 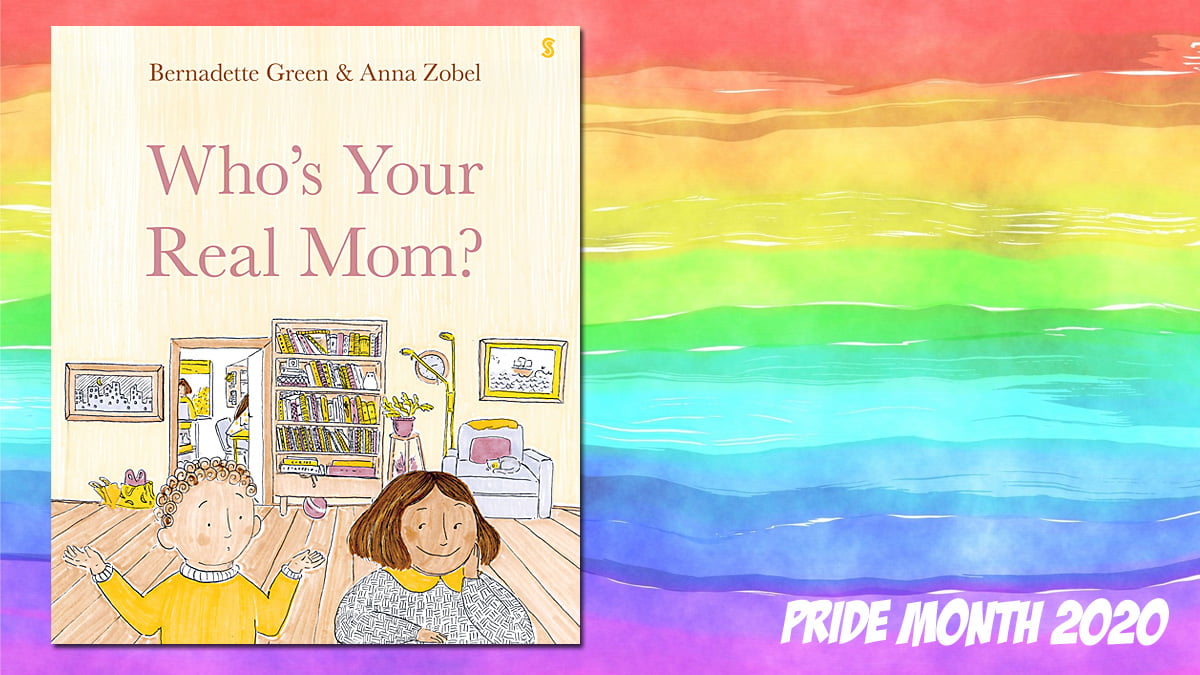