When I was in library school I got a crush on a guy I’d never met named Dav Pilkey.

He had recently started writing a bestselling series of early chapter books which, to the horror of Concerned Adults Everywhere, reveled in potty humor. (Literally. The very second book is about talking toilets).

Now look, I’m not a big fan of potty humor. I was a humor-impaired child. In the back matter of the newest full-color edition of the original Adventures of Captain Underpants (which Scholastic sent me a copy of for this post, and YOU can WIN, see below!), Dav shows us how he first invented his half-naked hero way back in second grade, when his teacher said “underwear” and the whole class cracked up and the teacher shouted, on page 129, “UNDERWEAR IS NOT FUNNY!” …I totally recognize this scene from my own childhood. Except, I was the weird nerdy kid shouting, “UNDERWEAR IS NOT FUNNY!” Exact quote. I’m pretty sure.

But now I was no longer a not-quite-Aspergery kid who hated being surrounded by sudden raucous laughter. I was a young adult pursuing my passion for children’s literacy. I had to face that, to the vast majority of children, “underwear” is, indeed, an extremely funny word.* And making a kid laugh is a surefire way to get them interested in a story.

And Dav (pronounced “Dave,” by the way; according to an interview I read years ago and sadly can’t find so as to cite for you,** he lost the “e” off his waiter name tag and just decided to stick with the new spelling ever after that) Pilkey, at least the man who came across in the interviews I read about the series, was… sweet. Enthusiastic and hyperactive and funny, the very things I loved about my own then-boyfriend, but, unlike my boyfriend, also artistic and into children’s literacy!

Here was a hyper-enthusiastic kid who just couldn’t handle school, so he was labeled a troublemaker and sent out to the hall and told he should NOT keep telling stupid stories, but that didn’t stop him from telling stories at all, and he grew up to make it work professionally! The very same stupid stories he’d made as a child! He gets kids. He writes humorous early chapters with lots of illustrations, graphic novels, and picture books because he knows that’s what will get “troublemakers” like himself reading, and that’s just noble.

But to brush his work off as just something that can only be appreciated by reluctant readers of an unsophisticated age isn’t right, either. Maybe the Captain Underpants he wrote at the age of eight was just a string of potty jokes, but, in adulthood, he’s laced the crude humor with clever wordplay and references and allusions not even every adult will catch. As much as we cringe at the premise, an open-minded adult can’t help admitting the books are just plain fun. In our house, lately we end up arguing over who gets to read each new Dog Man book—comics allegedly made by George and Harold themselves—out loud. I feel as the parent I ought to encourage my children when they want to read out loud to the rest of us, but I want to do Petey-the-evil-cat’s voice! (Also for some reason the entire police squad has a southern U.S. accent, even though we’re northerners).

Can you believe Captain Underpants has been out in the real world (as opposed to a 1970s Ohio elementary school) for almost 20 years now? Not only that, but now they’ve actually gone and made a movie of it that’s out this weekend? See?

So that’s why Scholastic put together this EPIC PRIZE PACK of, and I quote:

Here’s what’s in it:
1. The Adventures of Captain Underpants (Book 1, now in full color!)

4. Plus a $50 Visa gift card for your own epic adventure!

They sent one to me so I can tell you all about it:

1. The full-color reissue of the first book in the series not only adds color, but also 15 pages of new (also full-color) backmatter. In the same exuberant style as the rest of the book, Pilkey tells the story behind the story and shares some fun facts: did you know George and Harold are named after two other literary icons and a couple of Little Rascals?

2. Scholastic says: “Meet George and Harold, two fun-loving best friends with a special talent for trouble. The only thing they love more than pulling pranks is creating comic book heroes like the Amazing Captain Underpants. When the boys accidentally bring Captain Underpants to life, Jerome Horwitz Elementary–and the world–will never be the same! The Movie Handbook is your official guide to George and Harold, the Amazing Captain Underpants, mean old Mr. Krupp, Professor P. Poopypants, and much, much more.” This is a movie overview book, that introduces all the characters and concepts as portrayed in the movie in (short) encyclopedic form. Observant book fans will notice some changes from the book right away—Prof. Poopypants doesn’t show up until much later in the books, for example.

3. Scholastic says: “Want to create your own Captain Underpants adventures, just like George and Harold? Then pick up a pencil and get ready for some actions, thrills, and laffs! This book has over a dozen wacky fill-in stories starring George, Harold, the Amazing Captain Underpants, Professor Poopypants, Cafeteria Lady Edith, the Turbo Toilet 2000, and all your other favorites from the new movie. Plus tra-la-la-riffic stickers!” This was far and away the hit of the package in this household. These are basically Mad-Libs, just not called that because Mad-Libs are from a different publisher, but this time the potty humor doesn’t solely come from the immature words your kids choose! The puzzles can be filled in both alone or with others, and come in various forms, from traditional story-essays to silly school-announcement-board phrases to some that require you to draw instead. It also comes with stickers, which is how the 8-year-old’s “Meet the Student of the Week!” poster went back to school covered in small tighty-whiteys.

This contest is now closed. Congratulations to our winner, Lauren, who will soon be receiving this Epic Prize Pack from Scholastic!

*I have a lot of fun drawing on my old stick-in-the-mud persona when I read, say, Todd Parr’s The Underwear Book to four-year-olds. “Why are you laughing? This is very important stuff!” I insist with a straight face, which makes the audience giggle even harder. Thanks, humorless past me, for being a good role model in my professional career.
**Wikipedia says it was in the Washington Post in 2002, but I feel like I read it somewhere before then. Oh, this interview from 2000 with CNN has it, too: the timing’s more likely on that one. 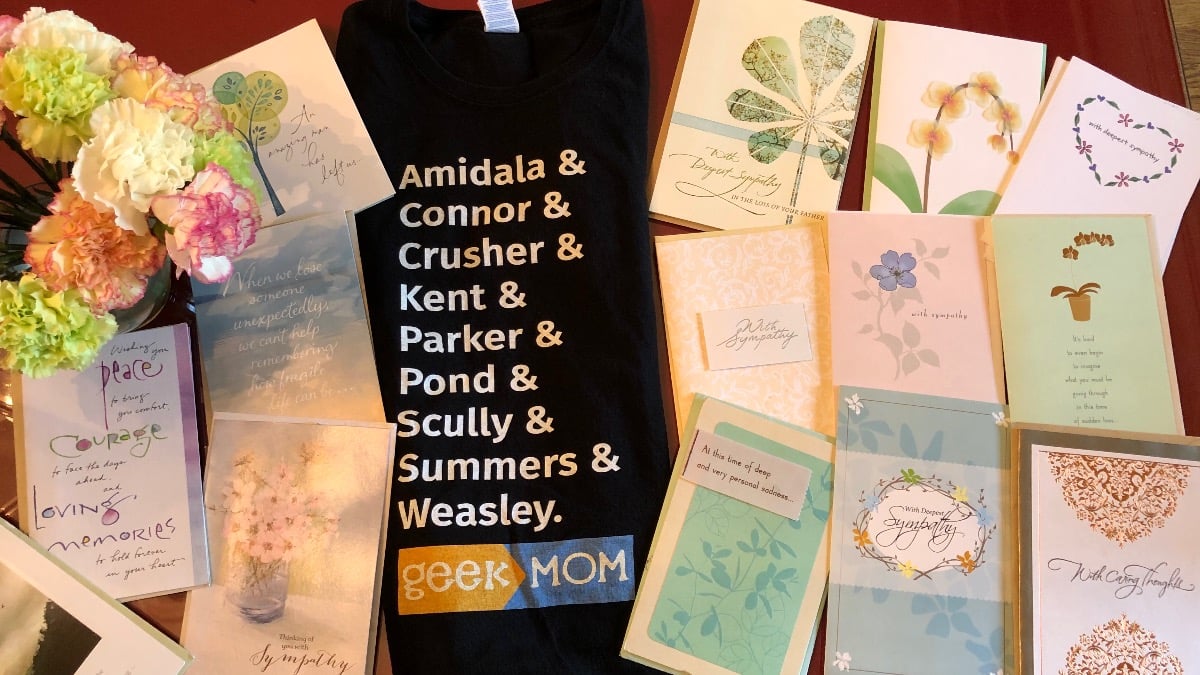 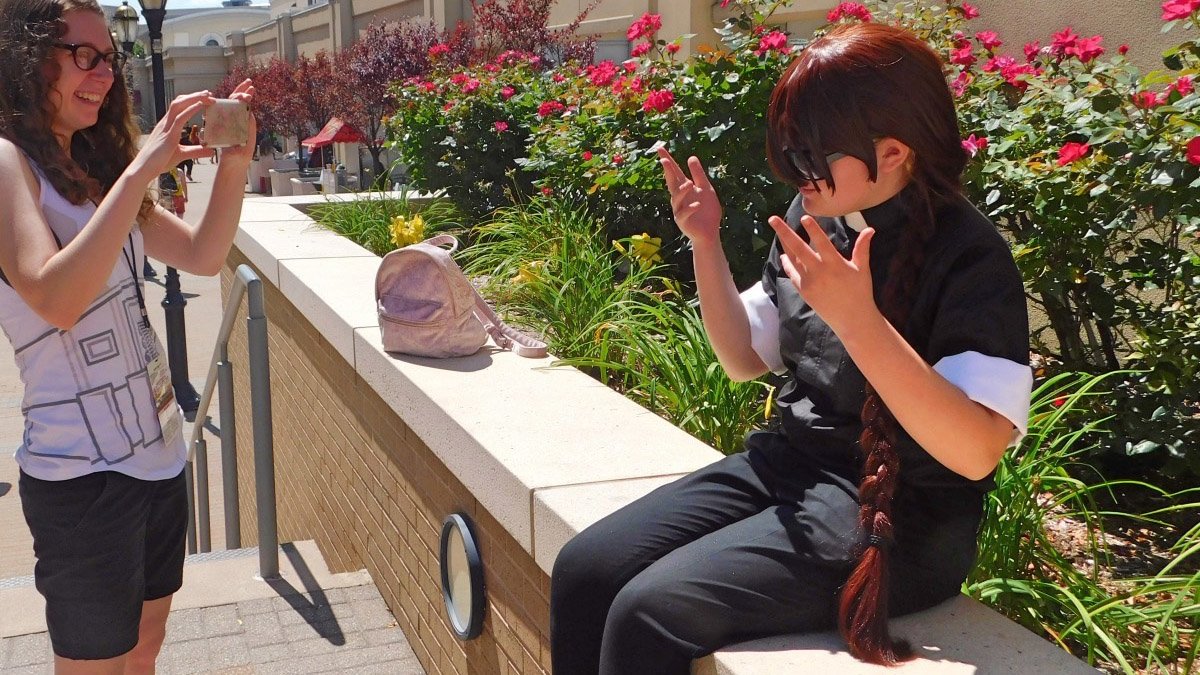 Convention Side Quests at ConnectiCon 2019