He was born in 1962 in Southern California, and lived in such varied places as Los Angeles, Hawaii, and Utah growing up. He studied both accounting and architecture at California State University in Long Beach, and eventually decided to be an “illustrator for hire.” However, his sleek, mid-century style began to receive more and more attention from art lovers and galleries. Since his first solo show in 1997, Shag’s work has made its way into solo and group exhibits worldwide, been featured on everything from pillows to purses, album covers to lanterns, and he has gained legions of loyal fans.

His subject matter ranges from adult-oriented stories in lounges and parties, to family-friendly images, including many commissions for Disneyland and other high-profile clients. There are often well-known commercial logos, famous bars and buildings, and tourist attractions, all in his simple, colorful, retro style.

His work can be seen in shows and collections worldwide, or at his own stores in West Hollywood and Palm Springs.

Many fans of the mid-century style recognize Shag’s laid-back swingers, barflies, tikis, and retro families, but Shag himself has said these people and places are secondary to the tale they tell, as quoted in a bio the book Tiki Art Now! curated by Otto von Stroheim:

“Most of my paintings are set in the middle of a story or situation,” he said. “[The] characters are interacting or reacting to each other in the outside elements.”

The Project: Groovy Tales of Make Believe Away Places

Painting a Shag-style picture isn’t just about style, it is about storytelling. Shag has said he is more interested in the “narrative” of the story than just the scenery, so this is a perfect chance to tell a swingin’ story from outer space, after a zombie invasion, or in any other alternate world.

From looking at Shag’s imagery, there are three things that seem to stand out.

• His people are very simple. The eyes are often variations on black dots, their bodies are often lanky and lean, and their clothes are never too complicated. If you look closely at his subjects’ hands, he often uses the cartoonist’s trick of drawing only four fingers (including the thumb). The trick is, don’t just let them stand there, give them something to do. Put them out there, and let them mingle a bit.

• He doesn’t use outlines. Draw your picture in a thin pencil first, but color it in with marker, colored pencil, crayon or paint avoiding any black lines around the edges. This can include both patterned or solid colors, but no black cartoon or illustration style outlines.

• Make the background fun and colorful, adding some details that help tell the story. Is the sun setting, or rising? Are they in a person’s home or a public place? Is there a band playing in the back, or surfer in the foreground? Shag loves hanging fixtures, random pets and animals, wall art, pools, plants, and countless other patterns and details that help set the scene without over-complicating things.

Make it lively. Make it colorful. Make it deceivingly simple.

Most of all, make it fun! Shag’s art loves a good party, so blast off,  have a ball, and draw your favorite subjects. Shag said in an interview with the site Art Beat Street, there is a little of himself in all he does.

“I relate to all the characters in my paintings,” he said. “I think they all contain a little bit of my personality.”

GeekMom Lisa Tate’s Be the Artist summer family art series for 2016 focuses on American artists from the past and present. 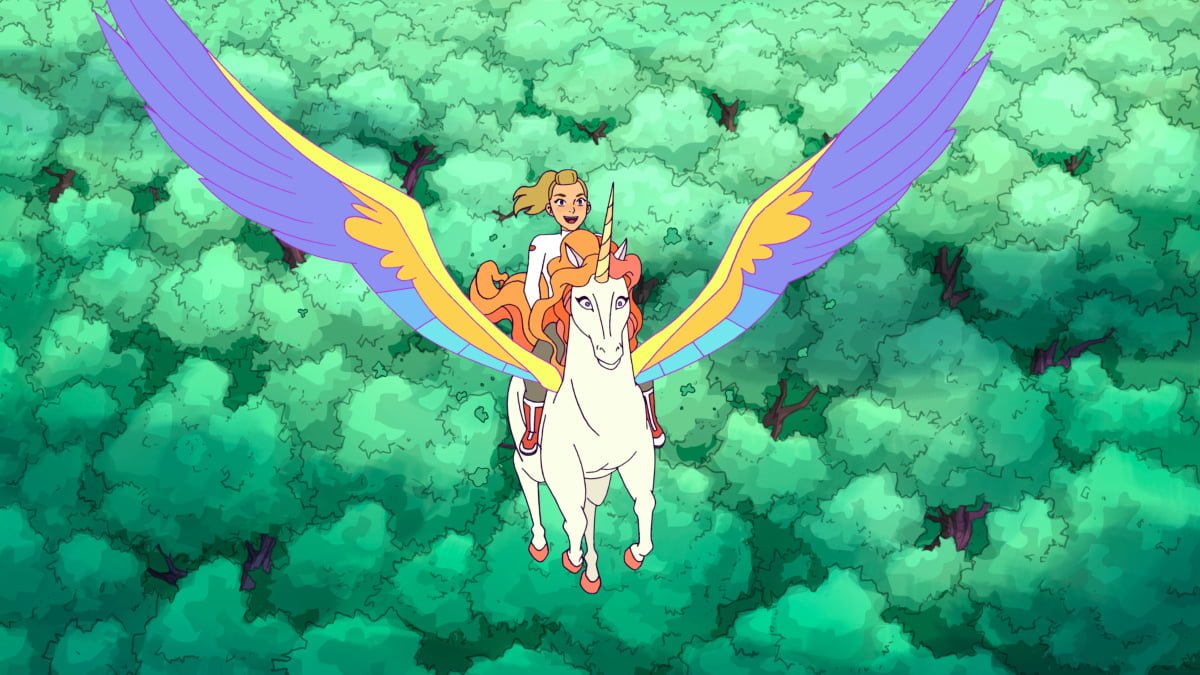 Netflix’s ‘She-Ra and the Princesses of Power’: Not Just Nostalgia