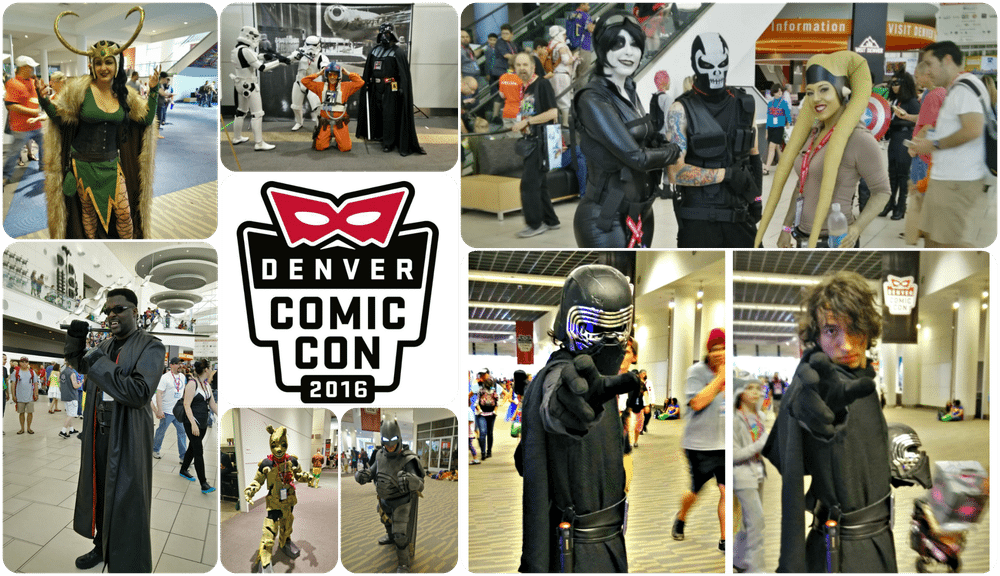 The cosplayers are on, the light sabers are on, the doors swing inward, and the Denver Comic Convention 2016 (DCC 2016) is on! The anticipation is palpable. Any attempt at maintaining a sense of direction in the convention center without a tracking device is futile. There is little time to cover two-floor levels hosting countless booths, panels, screenings, and other geeky social events. In the midst of the chaos, there are times when Newbies–like me–overstep their bounds and assume that cosplayers are only there to portray the fantasy of a character. Cosplay doesn’t equal consent. A lesson I learned on day one of DCC.

Hallways, stairwells, and the Con floor filled with substantial crowds stopping and marveling at the cosplay artists dressed in costumes resembling their favorite character(s) from comic books, literature, television shows, movies, games, and much more.

Spectators grew restless, awaiting a photo op: “Can I get your picture?” An awkward smile is exchanged between the cosplayer and the fan behind the camera.

The deal is struck.

DCC 2016 was our first comic convention. Since I was covering DCC as media, I brought my mother to watch over my two geeklings while I worked. Going into the event I thought I understood cosplay because I grew up in Japan. Maybe not so much now that I look back.

The hotels, streets, and convention center in downtown Denver were brimming with amateur and professional cosplayers. By afternoon the convention floor is scarcely visible. Geeks and geeklings bounce from room to room like ping pong balls.

The environment creates sensory overload for all of us.

I can admit that confidence has never been my strong suit. Yet, something about putting on my DCC ’16 media badge made me feel entitled–like I belonged. I was responsible for reporting and writing about the convention. So I fumbled my way through the crowds, frantically collecting as many cosplay photographs on my first day. Unaware of how my actions interrupted the flow of pictures, people, and events.

Everyone experiences this feeling at some point, right? Putting on a different persona at a big event like DCC and feeling powerful. Like a superhero?

As a novice convention goer, I didn’t recognize that under all the face paint, cardboard, clay, and jewelry stood regular, every-day geeks sharing their fandom by perfecting each detail of their look. It wasn’t obvious to me that we were newbs to the Con scene, but our actions said otherwise.

The costume was a jaw-dropper. Standing over six feet tall, the cosplayer ducked between door jams. My mom and I froze in place, fumbling through our bags, searching for a camera. I had to have a photo for GeekMom!

Like a newbie, I unknowingly added to the issue. I gave Optimus Prime grief for not stopping so I could take his photo–the result being the blurry image to the left. That was my first mistake.

In retrospect, I realized that not every cosplayer wants to be bothered. There is a human being behind the costume. If I was tired, hot, and irritable after several hours of wandering aimlessly through the DCC halls, how could I expect someone in full costume–sweltering under layers of garments–stop and “smile for the camera”?

Optimus was in a rush to find a Decepticon lingering in another part of the convention center.

So, how does my being a member of media equate to an air of entitlement? Why do I get to take photos of people in costume like they are marionettes and I the puppet master with a malicious grin rounding out my face as I squeal with geeky enthusiasm, “Dance, puppet! Dance.” 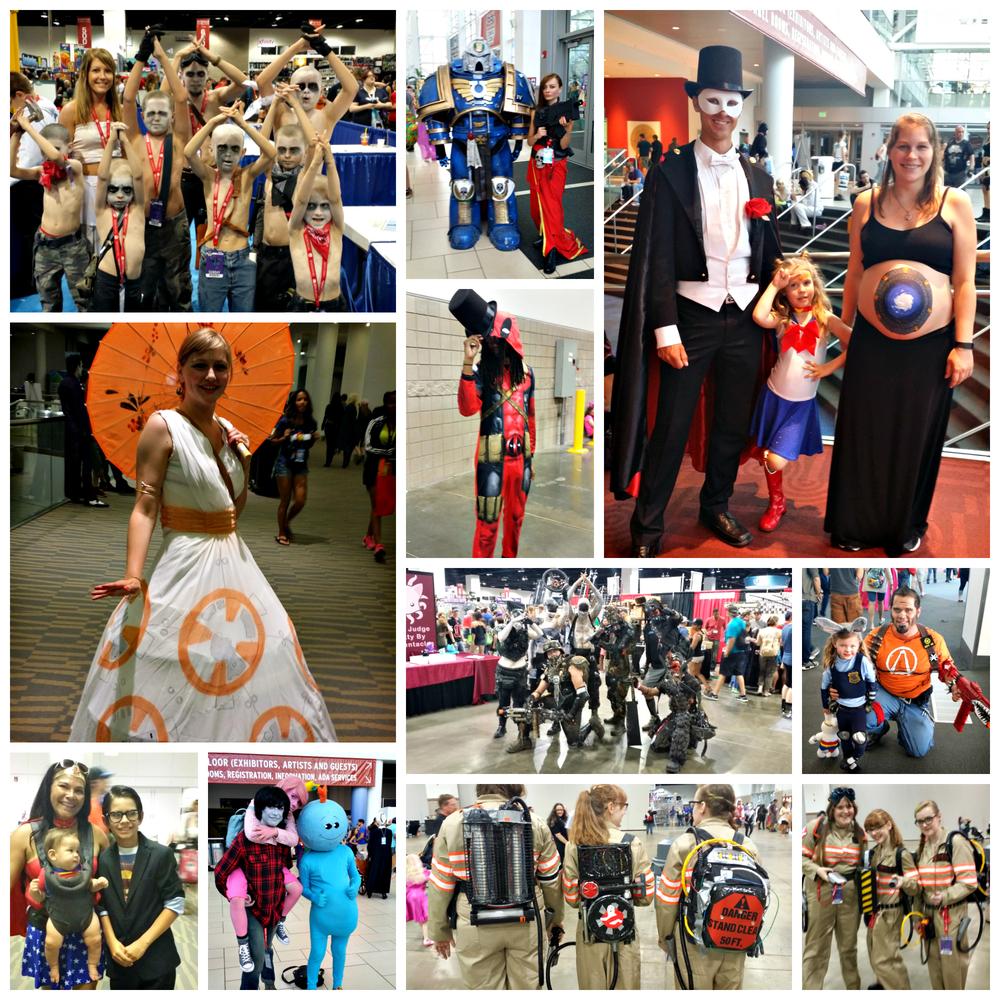 After exhaustion set in, I became more passive in my actions. I stepped back and watched everyone around me. From the sidelines, I noticed some attendees snatched and grabbed–at times in a literal, physical manner– snippets of cosplayers without consent.

Wait, were my actions similar?

Observing the crowds interactions with cosplayers, I was exposed to the issue that many cosplayers and conventions face: harassment.

After observing anther super fan’s actions, I was aware my behavior earlier in the day was rude.

While waiting for my daughter by the bathroom, I noticed a guy chasing down a female cosplayer while she was on the phone. He was so excited about her character costume that he ran back and forth between the cosplayer and his friend, just for an opportunity to take his photo with the character she portrayed.

It eventually dawned on me that I–newb con geek, and member of the media–looked upon cosplayers like they were paid employees at Walt Disney World. Stop walking, talking, or doing whatever you are doing so I can take a photo of you. Please?

However, I wasn’t the only one engaging cosplayers with zealous actions and minimal etiquette.

Even though I didn’t physically grab cosplayers or stalk anyone, my zealous actions and minimal etiquette weren’t different from the enthusiastic geek running down the hallway. I consumed cosplayers in a different manner.

I didn’t take into account the person behind the costume because I was so enthralled by the initial excitement of the three-day event. At times, I couldn’t differentiate first time cosplayers from professionals. Going forward, my actions transformed.

I decided to interview the person behind the mask. I spoke with cosplayers about the time and effort spent in building some of these extravagant costumes. For the most part, many of the cosplayers–with exception to a few–discussed, in great detail, the effort spent from conceptualizing a character to creating the overall image.

During my interview, I acquired a small taste of how a cosplayer might feel.

In the above photo, I was peeved at my mom.

She nagged me from the sidelines as I interviewed Henry Taylor–dressed as Star Lord. While Taylor explained how he obtained his degree in the performing arts, my mom kept interrupting my interview so she could get a photo of Taylor’s weapon in front of his holster. Super embarrassing moment!

I learned about the person behind the cosplay costume with every interview I encountered. Some cosplayers grew energized with every new question about the building process–from concept to final product. I spoke with several cosplayers that attended universities, obtaining degrees in the Performing Arts: costuming, lighting, acting, painting, and make-up. Or carpenters like Martin Gomez, who builds intricate Dalek cosplay costumes for his daughter, Josephine.

Those conversation were more memorable than a photo with an unknown cosplayer. I got to know the cosplay community, and they are accepting, entertaining, and good sports.

In the future, I plan to embrace my inner geek, but remember to be respectful to the artist. Thank you for the experience, DCC ’16.

For anyone interested in cosplay calendars, check out https://www.kickstarter.com/projects/anabelmartinez/men-vs-cosplay-2017-365-days-of-cosplay. Only 3 days left to donate!

We are all misfits, but our diversity makes us stronger! 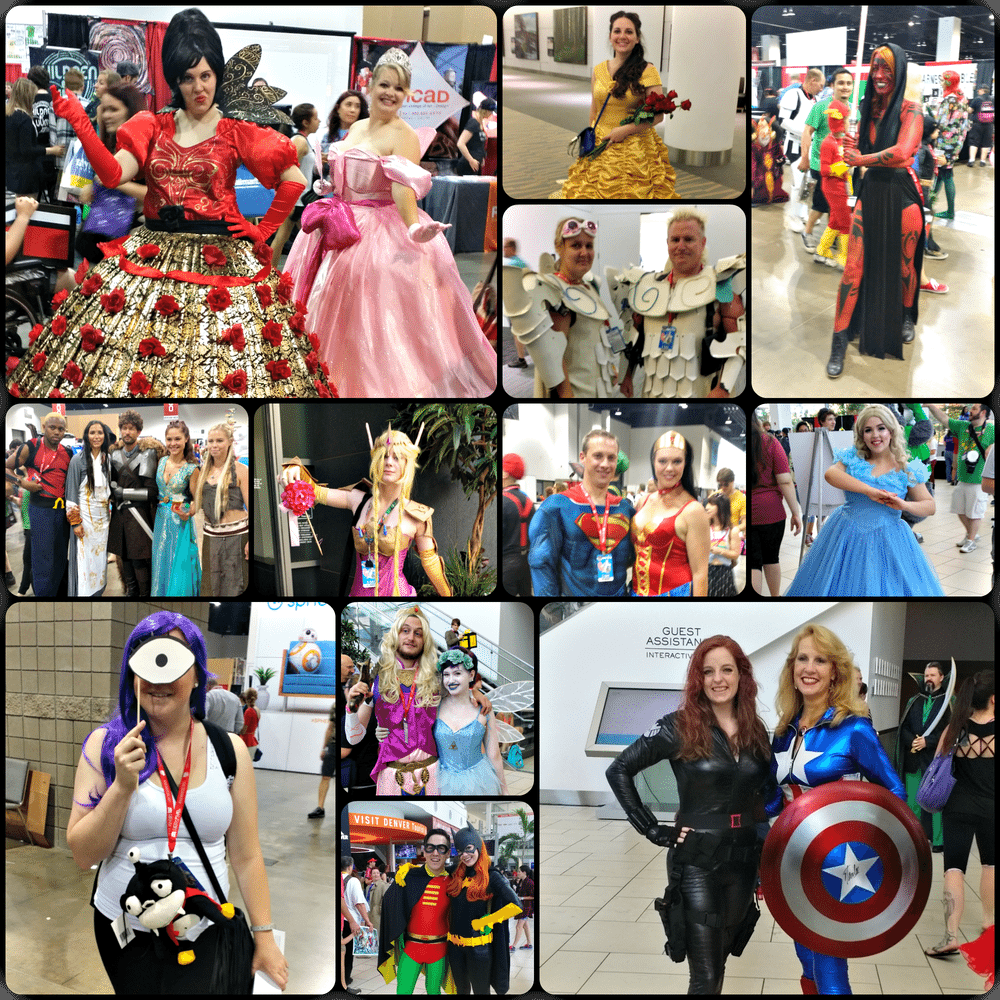 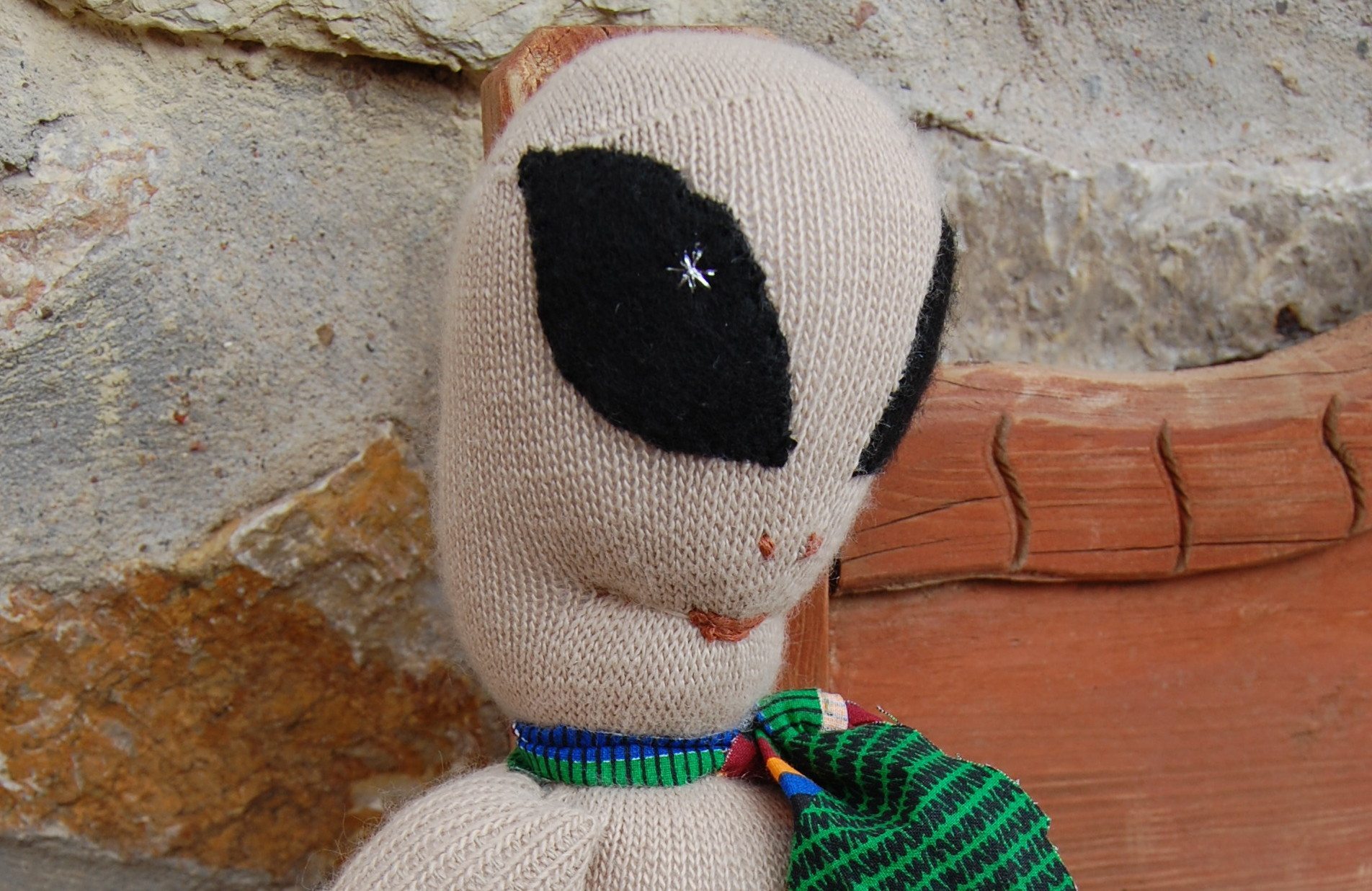