As someone who counts both management simulation video games, and Disney theme parks among their greatest interests, the release of the Disney Magic Kingdoms app last week was hugely exciting for me. While the game offered a lot to make me smile, I also encountered many of the problems that have become expected from a freemium game.

First, let’s take a look at the positive aspects of the game. There’s an awful lot going on here to keep you interested. Rather than the single quest lines I’ve played in other freemium games, Magic Kingdoms has multiple characters each running their own stories. You begin, naturally, with Mickey Mouse, but quickly add Goofy and Woody to your personal character collection. Each character can be leveled individually, adding more tasks which they can complete and opening up additional quest targets. At release, the rest of the Fab Five are included in the game, as are characters from Toy Story, Monsters, Inc., Wall-E, Peter Pan, and Tangled, however, most are not initially available to buy–you need to complete other quests to unlock them.

The basic plot of Magic Kingdoms is reminiscent of the popular Kingdom Keepers book series from Ridley Pearson. The villains have taken over the Magic Kingdom and it’s up to us good guys to clear the park of their curse. To do that we need to earn magic, generated by buildings and attractions, and by characters completing tasks. Fulfilling the wishes of park guests (meeting characters, riding attractions, etc.) generates laughter which unlocks bonuses such as parades, and percentage bonuses to magic generated by items in the park. This magic can be spent on building new items for the park, unlocking new characters, and to clear areas of the curse when they become available.

As you progress through the game, more and more attractions and other buildings are unlocked, many of which Disney Parks fans will know from the real life parks. Mickey’s Philharmagic and California Screamin’ are some of the earliest ones players will encounter. For Disney parks purists like myself, however, seeing an attraction like California Screamin’ in the Magic Kingdom is an annoyance all by itself because it belongs in a different park! Initially, only the Toontown area of the park is available to build in, however, a quick look around the periphery of the game reveals the edges of Fantasyland, Tomorrowland, Frontierland, and Adventureland. A few classic attractions can also be spotted waiting in the wings including It’s a Small World, and Space Mountain.

Of course, this is where we start getting into the inevitable negative aspects of the game. All the tasks can be sped up with the use of gems, premium in-game currency with a real-world cost. Gems can be earned by completing tasks in the game as well, but, as is usual with freemium games, at a decidedly glacial pace that is frustrating to adults and positively unbearable to small children. Even the most basic of character tasks take 60 minutes to complete, and after only a few plays I’m already seeing wait times of 6 to 24 hours unless, of course, I’d like to spend some real money to speed up the process. This means that Magic Kingdoms is a game that can only be played in very short bursts. Set your characters off on quests, go do something else for a few hours, check back later. Repeat. Many of the rides and other features are also gem-only purchases, which for anyone hoping to build their own version of the real Magic Kingdom will mean a substantial outlay of real money, or wait times likely to stretch across months.

None of this is new territory for a freemium game. In fact, it’s depressingly predictable. When the game was first announced I imagined it to be almost exactly what I’ve been presented with, and while the Disney Parks fangirl in me is still giddy at the prospect of building my own Magic Kingdom, I can’t help but be disappointed in Disney for going down this route. Freemium is the bane of my gaming life at this point, and I know I’m not the only one who feels this way. If Disney had released a paid copy of Magic Kingdoms where I was able to simply complete challenges and build my park without all this constant waiting around, I guarantee you I would have been first in line to buy it. Instead, I’m treated to the constant feeling that one of the biggest and wealthiest corporations in the world is constantly sat beside me holding its hand out, waiting for me to become frustrated enough to hand them yet more of my money.

What frustrates me even more, is that I am the owner of a licensed theme park building game that, while far from perfect, was still a more enjoyable experience that this. Seaworld Tycoon was a simple theme park management game that issued challenge scenarios around building theme parks. The game allowed you to design your own SeaWorld park, build all the popular shows and attractions from the real parks, and challenged you with management situations such as getting guest feedback over a certain level, or increasing guest numbers within a set time period. I can’t, in good conscience, actively recommend anything with the SeaWorld brand attached to it these days, however, an improved version of the game is what I would have loved to see from Disney Magic Kingdoms, rather than this same freemium nonsense I’ve already been annoyed by in the past (deleting The Simpsons: Tapped Out afters years of playing was one of the most freeing decisions I’ve ever made).

It’s difficult to really recommend Magic Kingdoms, for all the reasons I’ve already discussed. Children, who the game’s almost painfully bright and bubbly style is clearly aimed at, will become quickly frustrated at the constant waiting, and parents will become equally frustrated by their children’s constant pleas for gems, “but the Pluto pack is 50% off right now, I get a character AND 60 gems for only £2.99! Pleeeease!” For diehard Disney parks enthusiasts, this is a must-play, but for anyone wishing to avoid yet another cash-suck, it’s one best avoided. 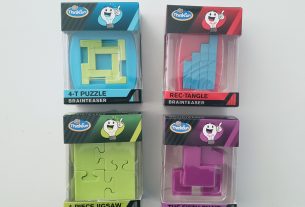