Critically acclaimed author and Oakland University professor of engineering Barbara Oakley failed her high school math class, but later found ways to tackle and master those skills as an adult. She has also introduced what she calls “frustration-free” learning and study habits to help inner-city classrooms excel in math performance on statewide tests.

In her forthcoming book, A Mind for Numbers: How To Excel At Math and Science (Even If You Flunked Algebra), she not only gives hope to students currently struggling with math, but shows adults how it isn’t too late to unlock their problem-solving potential, via methods like harnessing creativity, avoiding bad learning habits, and taking advantage of study aids, apps, and programs.

Oakley, who addressed her own struggles with math as a youth, said parents of children having troubles with math, including those who may have struggled with math themselves, need to be compassionate and realistic about their own abilities.

“No one has the expertise to be all things learning-wise to their children,” Oakley said. “This is why we have piano, dance, soccer, and Spanish teachers, not to mention teachers in hundreds of other specialized subject areas. Getting good at math involves a little bit of practice on an everyday basis, just like learning many other skills, and it’s not surprising that expert teachers can really help with that process.”

She said many parents just aren’t set up to offer this kind of practice in mathematics, just as they may not be set to teach other specific skills like learning a second language or an instrument. She also recommended the Kumon Mathematics method, which gives a small amount of daily practice, similar to those learning a language or instrument.

“Actually, Toru Kumon, the founder of Kumon Mathematics, was a friend of Japanese violinist Shinichi Suzuki, who created the Suzuki method of daily practice for learning the violin,” she said.

Oakley said daily practice is something that’s often missing in a typical American mathematics school curriculum, but using methods like Kumon or something like it could help students not comfortable with math gradually become more confident in their skills.

“Many cultures have a mindset that math is something you just practice until you’re able to do it; that gaining math expertise is simply a matter of putting in the effort,” Oakley said. “It’s thought to be like learning to drive a car. Some people might need more practice, but eventually, most people learn to drive a car. Surprisingly, thinking of math as involving skills that can be mastered, rather than an art form that only the talented few can handle, makes it easier for students to have a mindset for success.”

In the book, Oakley talks about several elements important to study-sharpening skills, including the need for adequate sleep among students. She said that current research shows how vital sleep can be, as well as the lack of sleep’s connection to poor concentration.

“Only recently have researchers discovered that your brain cells actually shrink when you’re sleeping, which allows fluid to slip past those cells and wash toxins away,” she said. “When you try to take a test without enough sleep, you are literally operating with a poisoned brain. No wonder you don’t do as well.”

She said that students don’t like hearing “do as you’re told because you’ll do better” when it comes to things like the importance of sleep. However, when students learn about the research and how sleep clears neural toxins, they are more motivated to get adequate rest.

“Another helpful change is when students learn to set a reasonable quitting time; doing their work earlier in the day and saving relaxation time for later,” she said. “This is quite a change in lifestyle for many students, who often suffer greatly from procrastination. The nice thing is that tackling habits of procrastination aren’t difficult. There are little tricks you can use, like the Pomodoro Technique, which can help students avoid the tendency to cram everything in at the last minute.”

The Pomodoro technique, Oakley explained, simply involves turning off all distractions such as cell phones, computers, or other electronic devices, and focusing intently on a task for 25 minutes. When the task is done, students can reward themselves with a fun break.

“Pretty much anyone can focus intently for 25 minutes, especially if they know that at the end, a little reward is coming,” Oakley said. “By doing one or two Pomodoros early in the day, a student can start gradually moving into a lifestyle that embraces a little bit every day, rather than a lot all at once, which often means little or no sleep. A little every day is the key to good learning.”

Avoiding modern-day distractions and the desire to procrastinate are obstacles Oakley addresses thoroughly in her chapter “Zombies Everywhere.” Ways of overcoming this desire can include better prioritizing of responsibilities.

She stressed again the importance of breaking away from a task, with a daily getaway like a walk. Taking a break can allow one to step back from the “immediacy of work” to learn where better to focus their concentration.

“Research has shown, of course, that exercise changes our neurophysiological pathways in ways that help us to learn and remember more effectively,” Oakley explained, “but almost as importantly, for me, anyway, is that I find that when I take that little half hour or hour break to go for a walk, or to move around and clean up a bit, or even just to have lunch with friends, that I actually become more effective when I return to my work.”

She admitted multitasking is something even she does, such as checking email when working on something else, but even juggling small tasks can be done responsibly.

“I don’t do two thoughtful tasks at the same time—I don’t watch television, for example, when I’m trying to write,” she said. “It’s just not productive.”

As far as retaining information, particularly with number-oriented disciplines such as math and science, memory exercises can be helpful. Oakley said simple repetition is one method that helps her personally.

“I have a real problem remembering student names, for example. If I am assigned 110 students in several classes, it’s pretty intimidating to imagine that within a week or two, I need to be calling people’s names out with ease. But, I just tell myself I can do it, I practice, and I forgive myself if I flub things,” she said. “In the first week or two, I have an in-class assignment where students have to put their names on top of an assignment sheet. As I walk around, the students think I’m checking to see what their responses on the assignment are—but actually, I’m just practicing with their names, double-checking to see whether I have them right. My students mean a lot to me, so it is worth 15 or 20 minutes a day for a few days to get those names down. I do use every bizarre trick I can. A person named ‘Nicole’ might be related in my mind to the unfortunate Nicole Brown, who was married to OJ Simpson. ‘Matt’ might have matted eyebrows. ‘Dan’ might be tall like my brother-in-law Dan.”

For scientific or historical ideas, she tries to simplify by using fun analogies.

“Because I don’t have a photographic memory, far from it, I often just ask myself, ‘What is the key idea here?'” she said. “Often, just grasping that key idea is more than other people are asking themselves, even other people with far stronger memories.”

Oakley said having a “not-so-good” memory can be a blessing in disguise, as long as the will to be persistent is there. Oakley mentioned that some research has shown people with poor working memories to be more creative. If they can’t hold things in memory so easily, other ideas slip in, which is part of where creativity comes from.

She also disputes what she feels is a common misconception that people prone to “creative” thought and talents aren’t mathematically minded, but rather that artistic/creative thinking and technical/scientific thinking are closely connected. In A Mind for Numbers, she uses some very prominent examples in Thomas Edison and Salvador Dali to illustrate this point.

Her own adventures in learning a second language were what helped her discover this connection.

“When I was young, I so badly wanted to learn to speak a different language. I remember playing foreign language records on the phonograph as a child and trying to mimic the strange sounds people were making,” she recalled. “I enlisted in the Army right out of high school, because I didn’t have the money to go to college, and the Army would actually pay for me to learn a language. I learned Russian, picking the language more-or-less at a whim.”

When she was later made a Signal Corps officer in the military, she began to wonder whether gaining technological expertise could be, in a sense, like being able to speak a new, deeply nuanced language.

“When I began seriously studying math, science, and engineering after I got out of the Army at the age of 26, I realized there was indeed a relationship between the two seemingly different areas,” Oakley said. “In fact, my language-learning skills actually made it easier to learn math and science. Being able to sling an equation around, using it in different contexts, is a lot like being able to sling a grammatical construction around.”

The connection continued to become deeper during her engineering doctoral studies. She said once someone realizes creativity in language and the arts have a lot in common, neurologically speaking, with creativity in science and engineering, it will open up new worlds of learning.

“It’s an extraordinarily freeing feeling,” Oakley said, “like traveling many miles to an exotic, technically-oriented land, and then realizing that the people in this exotic land have the same underlying feelings and desires as the people in your home country.”

A Mind For Numbers will be available via Tarcher/Penguin this summer. 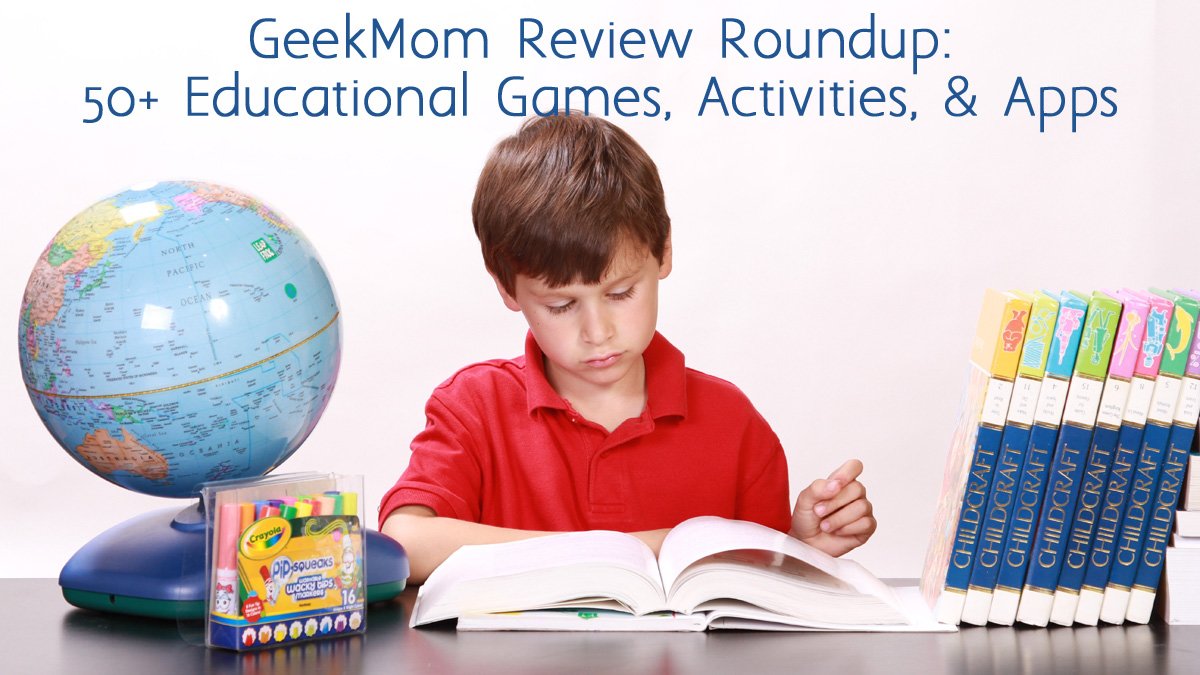