Welcome to this week’s adventures climbing the cliffs of insanity. This week was a banner one for the internet, as a former DC editor who happened to be female had the unmitigated gall to criticize the composition of an upcoming DC cover and received rape threats for her professional opinion.

That brought out defenders and yet another talk about the sexual harassment women face in comics and on the internet. Why do we keep having this discussion? Because even now, some men still ask, “Do men really talk to women on the internet this way?” (Warning: Some obscene language in that thread, some of it by me.)

But the talk got me thinking about message boards and comment threads. And I kept running one question over and over in my mind—why are bullying and general harassment, especially toward anyone non-straight, non-white, non-male—allowed in many internet public spaces?

1. Why are we allowing those kinds of comments to be published in a public space in the first place?

2. If we want to allow those comments so as to bring the attitudes into the light, why are we allowing them to go unchallenged? If the trolls take over the comment threads, pushing out any reasonable discussion, doesn’t that let the bullies win? So why do we let them?

To backtrack, I want to define “public space” not as a space run NOT by the government but a space where the general public is allowed to comment, especially on spaces run as commercial enterprises to allow public discourse. If a private individual wants to run their site and allow whatever they want, that’s one thing.

But if BleedingCool.com, a commercial website, opens forums to allow discussion, that’s another.

Because in the latter case, I’m saying that website has a responsibility to not allow the inmates to run the asylum.

Basically, the newspapers had standards. Those standards were in place because the paper was giving a public forum to someone and felt a responsibility to keep that forum a civil place. (To say nothing of vetting facts so the newspaper couldn’t be sued.) All that went by the wayside with the rise of the internet. Even comments on reputable newspaper websites aren’t held to that high standard.

In some ways, this is a good thing, because people can now talk directly to each other without getting approval from a third party.

In some ways, this is a bad thing because people can now talk directly to each other.

And with that ability to hide, the horrible side of some humans take hold and we get rape threats over an opinion about a comic book cover. Or we get a small group of people who can basically drive women away from whole sites that talk about comics. I’d love to go back to Comicbookresources.com or even over to BleedingCool.com to talk comics. But my experience at CBR ended badly, with an entire forum being moved, and the comment threads at Bleeding Cool are basically a cesspool, especially if one has the gall to point out that maybe women or minorities or gays in comics or movies are not portrayed as well as they could be.

Answer: I shouldn’t. No one should.

Which brings us back to our two choices. Either moderation that drives away the bullies violating Wheaton’s Law—Don’t Be a Dick—or taking on the bullies head on until they’re the ones feeling unsafe in that space. Ban them. Require them to put their name behind their words. Call them out. Something.

Because silence equals assent, as was made clear in this column, “Fake Geek Guys” at Comics Alliance by Andy Khouri.

Guys out there reading this column, if a women or LGBT individual or a non-white person is picked on in a public forum for who they are and you do nothing to defend them, the targeted individual is going to think they have no allies, that they’re alone, that no one basically gives a crap. And I can’t argue with that reasoning.

Women and others in these groups are used to having each other’s backs. But we get tired of always having to do it. If you really think this kind of thing is vile and want to stamp it out, if you really do give a damn, step up, not back.

Speak up instead of shrugging. Suggest the person doing the harassing go away instead of telling the target not to read and get worked up over that stuff.

And websites, unless you want others to naturally assume those people doing the harassing represent your website and what it’s all about, do something.

How I Try to Avoid Being Brock Turner’s Parents 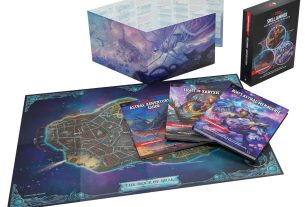 GeekDad: ‘Spelljammer: Adventures in Space’—an Out of this World D&D Resource

2 thoughts on “The Cliffs of Insanity: Internet Bullying”