I’m always interested in trying something new in the world of crafts, so the idea behind Bare Conductive’s battery-powered cards made with electric paint fascinated me.

Bare Conductive sells kits that contain everything you need to make a selection of flashing cards: batteries, LED bulbs, a tube of electric paint, and cards printed with instructions. The idea is very simple: Punch holes in the card to affix the battery and bulb (making sure to line up the positive and negative sides correctly), then squeeze a line of electric paint along the marked line to create the circuit. Once the paint is dry, the circuit will be complete and the bulb will begin flashing.

There are, sadly, several issue with this. Firstly, if you follow the instructions as suggested, then the bulb will simply blink until the battery gives out—not very useful, if you plan to actually give the card to someone. I solved this issue by leaving a small gap in the paint line that could then be bridged at will by a paper-clip or other small metallic object. You could also put some of the electric paint onto a small piece of paper or a stick to create a flap that could be opened and closed by the recipient.

Secondly, there’s the difficulty of actually getting the card to someone. You have now created a card that has a small glass bulb sticking out of it, so if you plan to send your card through the mail, you’re gonna have to package it very well for the bulb to remain intact. OK, that’s not a huge design flaw, but it is something you need to consider before putting money down on cards that are not cheap to begin with. Personally, I’m not sure I’d risk it, which of course limits me to creating these cards only for people I can hand-deliver to.

Finally, I had a lot of issues with the cards themselves. My first card was something of a bust because the LED bulb was so faint, I couldn’t see it blinking. I actually thought I’d done something wrong on the circuit and spent a long time trying to find the problem, until I leaned over the card and spotted the faint blinking when it was in my shadow. I tried again with a second card, which worked much better; however, this one stopped working after a short time. I again hunted down the problem and determined that the electric paint had developed a hairline crack, which had broken the circuit. Cracking after only a short time could be an issue if you use the paint for repair jobs as the manufacturers suggest on their website.

One of the other products on the Bare Conductive website is the Glowing House Set, which contains all you need to build two cardboard houses that can then be lit from the inside with the LEDs and more powerful batteries. A more permanent project such as this, which also allows for easier battery replacement, seems like a better use for the electric paint than the card kits; assuming of course, that the paint doesn’t crack. The paint can also be bought fairly cheaply on its own, so you could create your own projects after a trip to the local electronics store. The possibilities for prop-making are limitless and could allow people with no soldering experience to create their own electronic devices. I have visions of glowing steampunk ray guns dancing in my head already.

I love the concept of electric paint and the ideas it opens up. While I would be nervous about allowing my son to use a soldering iron until he was in high school, this would allow us to start playing with basic electronics and circuitry at home from a much younger age. It’s not a perfect product and there are issues, but if these can be resolved then the possibilities are endless.

The Science of Crowd Counting & 3 Ways to Teach Kids Estimation 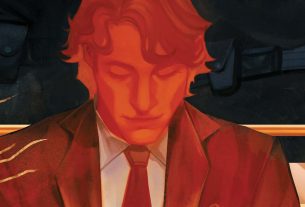