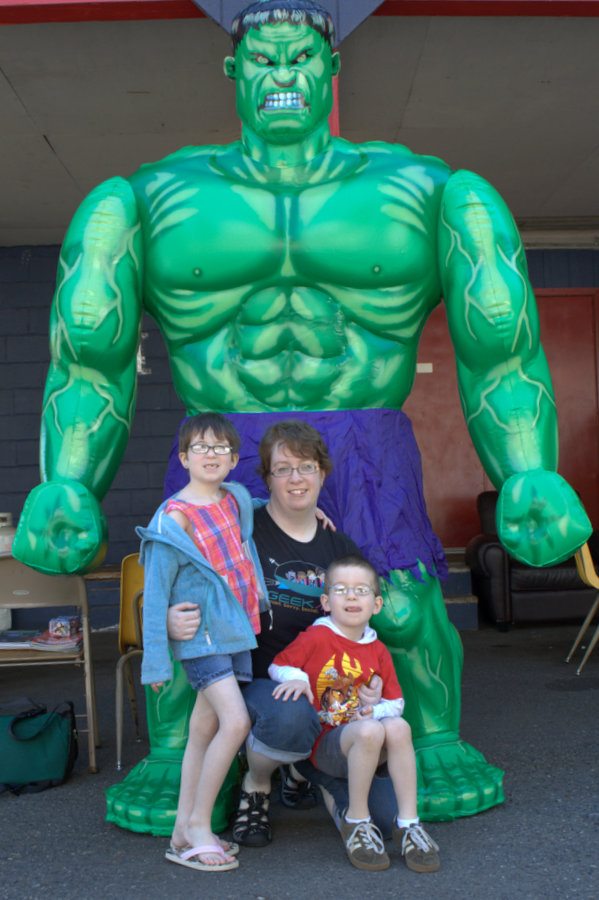 For the first time ever, the Post family attended Free Comic Book Day together. My daughter and I attended our first last year, and liked getting there early to avoid the crowds.

We don’t do crowds. We like getting in, getting our “list” and getting out (when it comes to all shopping not just comics). Even though there are artists, a free barbecue, and an array of different free comics available throughout the day, we get there when our favorite local store (I Like Comics) opens its doors.

The kids were super excited. Their favorite things were getting Iron Man Hero Clix

, posters, and cups from the free table. I was excited for my son’s first Free Comic Book Day since he is a huge fan of the My Little Pony

. It also didn’t hurt that there was a Sesame Street free comic available. He also bought the first book in the Sesame Street

I was excited for Grimm, Mouse Guard

, Star Wars, and Molly Danger (since we backed the project on Kickstarter). Our store doesn’t put everything out first thing in the morning, so we missed out on Mouse Guard and Star Wars (also Top Shelf for Kids which my son would love), but I will be checking electronic comic book services like Comixology who often offer a smattering of the Free Comic Book Day comics in electronic format.

Our visit was not just about the free comics. We purchased the first book of the Sesame Street series, continued our My Little Pony collection, and found the first book in the second series of the Avatar: the Last Airbender

Even though we were in and out of the comic book store faster than The Flash, we had fun and have several hours of reading ahead of us — in the quiet of our own home.