Comic book writer Mark Millar–creator of mature fare like Kick-Ass and Wanted–announced last week that he and artist Curtis Tiegs are co-developing a children’s book project called Kindergarten Heroes. By Millar’s own admission, it’s the last thing anyone expected of him.

As someone in the comic book publishing field, and more recently as a mom, I’m always fascinated by how different segments of the comics industry address the relationship between comics and kids.

The mainstream, superhero comic book community has often been accused of not doing enough to appeal to a more diverse range of readers; rightfully so, in my opinion. One of the most repeated complaints is that as the audience for super hero comics has aged, the subject material has aged with them, making a genre that was once kid-friendly by nature into something much more mature and prohibitive. By not making more of an effort to appeal to younger audiences, the thinking goes, traditional superhero comics are in danger of digging their own grave.

During my time as a Marvel editor, I saw and worked on some attempts to respond to this. We broadened our offerings and introduced an all-ages line, but there were budgetary and marketing roadblocks that came into play. Marvel’s all-ages comics have done respectably well, but remain limited in their availability outside the direct market of comic book specialty shops. If you don’t go to comic stores regularly, you probably have no particular reason to know they exist. Other industry initiatives, like DC’s Minx imprint for young female readers, looked promising, but eventually folded.

With all the variables involved, it always intrigues me to hear about a new comic-oriented project intended for children or for an all-ages audience. And it’s even more interesting to me that this latest announcement comes from Mark. First, because I happen to work with him as editor of some of his creator-owned comic series, and second because, well, he’s Mark Millar. A guy who, even as he keeps me employed (thanks, Mark!), creates comics that I sometimes have to put away when my daughter comes into the room.

Privately, I’ve often tried to reconcile some of the things I find problematic about superhero comics–depictions of women, lack of accessibility–with the basically delightful people who create those same comics. So when I see someone like Mark–known for his mature-audience material but who is, at the same time, a loving dad and a relentlessly cheerful person–channel his storytelling talents to create something fun and inclusive for kids, I believe he deserves credit for effort alone. Branching out to an audience beyond the creators’ own demographic is something that the comic industry could use more of, and when it works, I think it’s to everyone’s benefit.

Kindergarten Heroes, according to the author, is intended for children 5 and under. It takes place in

“the kindergarten where all the superheroes leave their toddlers when they go on their adventures. We never see the parents, so we can assume that these kids are the super-powered off-spring of all your favorite heroes…I’d like my readers to buy this for their kids or little brothers and sisters, but at the same time really enjoy it themselves.”

What do you think about the quality and availability of comics for kids?

What about superhero stories–in comic format or otherwise?

Does an artist’s adult material influence your opinion about his or her material for children? 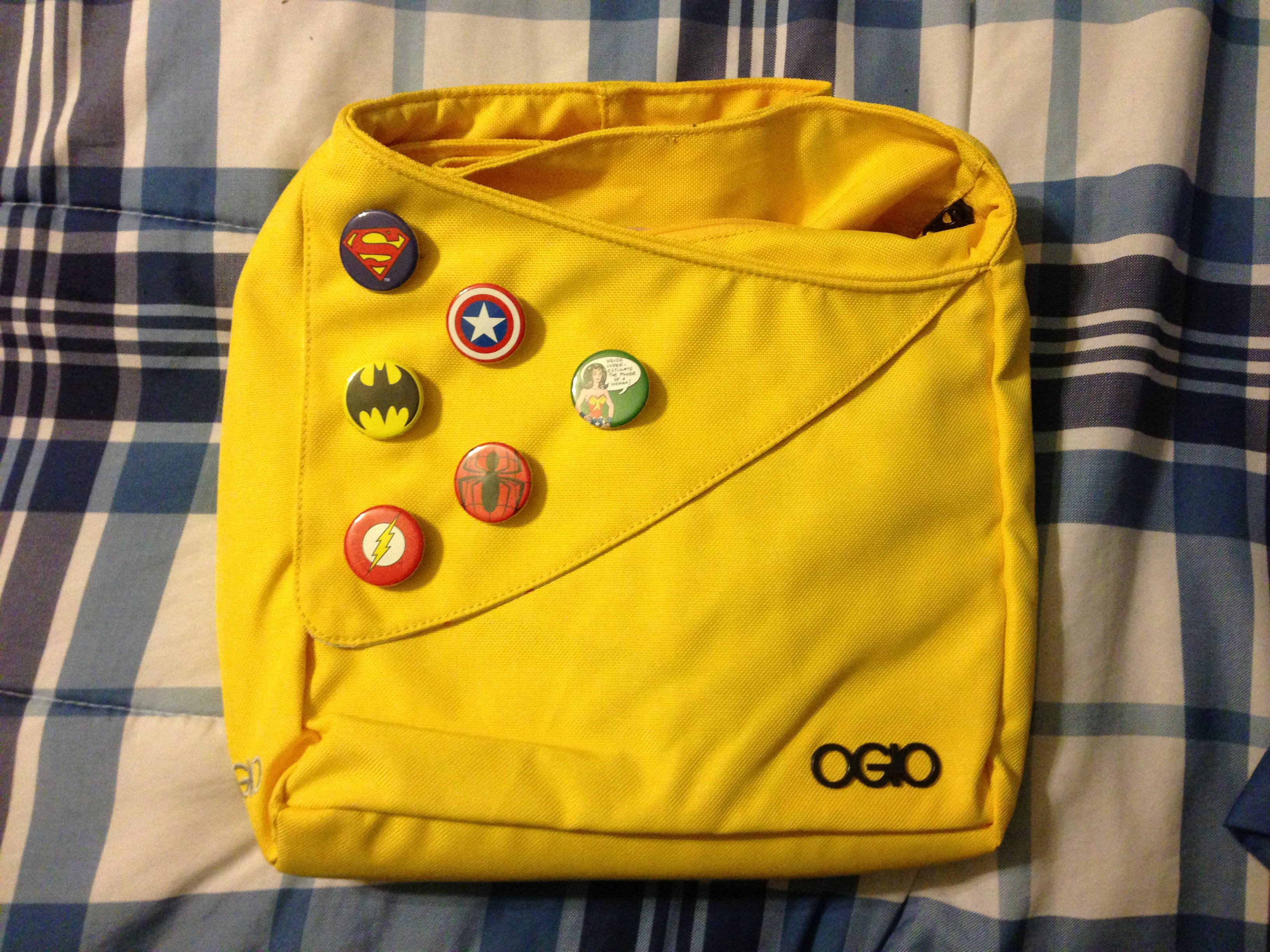