Hey there, my Olympic loving friends! The games are not over! The Paralympics had their opening ceremonies on Wednesday. They’re called the ‘para’ Olympics not because they are ‘almost’ the Olympics, but because they are parallel to the original games. As an amputee myself I’m fascinated by these games. They demonstrate so beautifully how people of every ability can be as athletic as they want to be.

As your resident one-legged lady I am here to fill you in on all the details about the Paralympic games. I can’t compete with the full media crew that NBC used during the Olympics, but I’ll do what I can. Hang in there with me and we can all learn a bit more about these inspiring games.

First, a bit of history.

The Paralympics had their first games in 1948 in Great Britain. It looked nothing like the current games. The 16 athletes who competed were all war veterans with spinal cord injuries. It was more an exhibition on the opening day of the 1948 Summer Olympics than a competition. In the 1952 games, disabled Dutch athletes were invited to compete, making it an official international event. It’s only grown and improved since then. In the current Paralympics there are 4,200 athletes. We’ve come a long way in recognizing the value of people who live with differing abilities.

I was moved to see many countries marching in the opening ceremony parade that are notorious for branding people with disabilities as cursed or disposable. These same countries where begging is a disabled person’s only hope of employment  have come to a point of not only recognizing the disabled, but encouraging them to be the best they can be at these international games.

If you missed the opening ceremonies, I’ll trust you have a good excuse and share this link with you, to bring you up to speed. To understand what you’re seeing, click over to GeekMom Sophie’s post. It’s just as moving and beautiful as the opening ceremonies for the Olympics a few weeks ago.

Something worth noticing is the presence of the Queen at the Paralympic Ceremonies. It’s the first time in history a monarch has officiated the opening of both games. Spoiler alert: She doesn’t parachute into these games.

Stay tuned in the days to come. I plan to share many interesting facts about the Paralympic Games and how you can watch even when the major networks are not covering them. NBC will air compilations of the sporting events, and I’ll be giving you those dates and times. I’ll also tell you how they decide who competes against each other, when the range of disability can be so broad. It’s a fascinating classification system.

As a side note, I strongly encourage you to share these games with your children. I am excited that this next generation is growing up in a much more tolerant world. Allowing them to see people of every ability perform in the sports arena does a lot to foster the belief that we are all just people, put here to encourage and take care of each other. 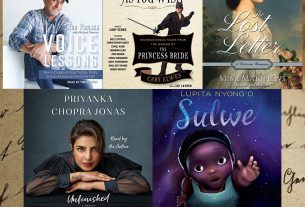 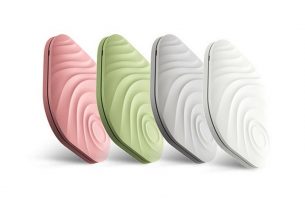