The Toy Hall of Fame put out the call to nominate toys for the 2011 batch of inductees, and apparently that call was answered by geeks. Just look at the amazing list of finalists.

Dollhouse – Well deserved, I’d say. And while I might once have wanted Barbie’s Dreamhouse with the functional elevator, now all I can think about is a wildly expensive modern masterpiece for my daughter.

Dungeons & Dragons – While I never played the game (please don’t strip me of my geek cred!), the countless hours spent playing by people I love merits D&D’s spot in the finals.

Jenga – This is my least favorite toy on the list. I rarely played it by the rules. I always got distracted using the pieces as blocks, and blocks are already in the Toy Hall of Fame.

Pogo Stick – For people to nominate a pogo stick I’m guessing there are people out there who actually have the balance and coordination necessary to use one.

Puppets – Geeks, without puppets there would be no Muppets. Plus, puppets for your home puppet theater are getting cooler all the time.

R/C Vehicles – I’m a little bitter about this one. When I was growing up, these were solidly considered boy toys and I never got one. The world is changing though, and last year for Christmas I bought my daughter an R/C snake.

Rubik’s Cube – Oh, the hours. The many, many hours.

Simon – Oh, the hours. The many, many hours. (Dude, it was at my Grandma’s house where there was nothing else to do.)

Star Wars Action Figures – You didn’t take them out of the packaging to play with them, did you? Did you?!!

Transformers – I’d quibble a bit that Transformers have stood the test of time. They were awesome in the ’80’s and they’re pretty cool now, but did you give them any thought in between?

Twister – Such a great looking game with a simple premise, but I always found the idea of the game more fun than the game itself.

You can read more about all of these finalists on the Toy Hall of Fame website. Winners will be announced at the National Museum of Play on Thursday, November 10. You can also share your memories about these toys to win an Amazon gift certificate with which you can purchase more toys.

RockLove Jewelry: An Interview in Awesomeness 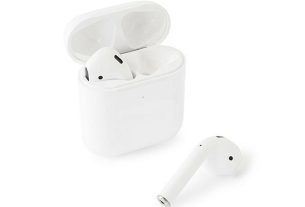