This summer marks the end of an era. After Deathly Hallows Part 2 releases on July 15th, there will only be two things holding Harry Potter fandom together into the future: Pottermore – which sounds like it might be fun, but will probably appeal more to younger demographics than mine – and the fans’ stubborn reluctance to move on. Naturally, those two things will fuel each other for a while, but I believe the fandom will continue to produce new and more varied Harry Potter-themed content long after Pottermore has ceased to be interesting.

One reason for this is that fan creations aren’t restrained by canon. Fan fiction writers and other fan artists are freer than Rowling to play merry havoc with the Potter-verse – she’s the only one required to play by the rules she created. Another reason, and one I think is necessary for the longevity of fandom cohesion, is that fans are also unlimited by medium. Left to their own devices, fans will illustrate, knit, role play, bake, video, and fabricate fannish delights for as long as there are other fans around with whom to share them.

Oh, and let’s not forget the music. The end of an era may be fast approaching, but if the songsmiths among us have anything to say about it, the Harry Potter fandom will rock and roll together for years yet. Take my family’s new favorite of the Wizard Rock genre, for example: meakakitty and heyhihello‘s new music video, ‘Wizard Love.’ 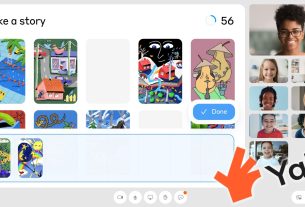 How to Throw a Fun Gnome Party

Contest: What’s in Your Scottevest?