As I write this, I am just getting home from the Harry Potter and the Deathly Hallows – Part 2 midnight showing. While there will be many reviews of the movie itself, I thought I’d talk about my experience at my local theater’s midnight premiere.

A local radio station had an event that started at 9:30 pm that included a trivia contest along with a costume contest. So I aimed for getting there around the time the event was going to start.

Now, this wasn’t the original plan, as my husband works 2nd shift. Originally I was going to drive like a crazy person to the theater after my husband got home from work at 11:30 pm. My wonderful husband was kind enough to take a half day off of work. I got my toddler to bed, got dressed in my costume and took off for the theater.

My costume is an old one, so I was very excited yesterday when I found that the skirt still fit. I didn’t think to try the rest on and that was a bit of a mistake. I found that when I got dressed tonight, my white shirt was very tight. So I added the grey sweater, and I was very warm. But it was still a lot of fun to show up in costume.

Most people at the theater were dressed up. There were quite a few Lunas and Bellatrixes, along with a guy who was dressed as a pirate, but had put a lightening scar on his forehead. It was very crowded in the theater so I didn’t really participate in most of the activities. I said hi to a friend of mine, and then I got in line. I was able to watch the trivia and the Harry Potter Filk band (I’m not sure what their name was, but lots of people knew the words to their songs) from my vantage point in line.

The theater wasn’t very well organized as far as the lines when, and they took a while to open the theaters up. And when it came time to let people in the theater, they only opened a few. Because I had been in line, I got into the first 3D theater they opened. I managed to nab a great seat, and then headed back out for snacks. After getting seated, I got to watch the antics of my fellow Potter fans.

There were a lot of young people who had a lot of fun running around and playing wizards. One of the Bellatrixes ran up and down the stairs of the theater, yelling “Cruico.” The lady who was sitting next to me remarked to her daughter that they didn’t have the spells right, as she thought they were saying “Curse you!” I thought that as amusing.

Finally, the movie started. I won’t say much about the movie itself, but I thought it was amazing. I already want to go see it again. It was great in 3D and I’m glad I picked that version to see. The audience reactions to the movie made it an even more enjoyable time for me.

My midnight movie experience was a lot of fun. I love being able to have any excuse to dress up in a costume, and I have loved watching all of these movies. It was a little sad that it was the last time, but I’m especially glad that I was able to experience it at midnight for the last time.

Did you go to see Harry Potter and the Deathly Hallows – Part 2 at a midnight showing?

DIY: When There’s Not Enough Gender Representation In Our Favorite Stories 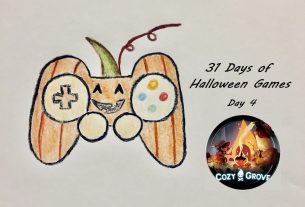