I’ve been a fan of Wil Wheaton‘s since he was in Star Trek:TNG. I wonder sometimes if I was the only person who didn’t hate Wesley Crusher. In fact, since he was about the same age as I was when TNG was airing, I had a huge crush on both the character and the actor.

I grew up, got married, had a baby and started attending Dragon*Con yearly. It is widely known throughout the Dragon*Con attendees that come every year, that the chances of seeing Wil Wheaton on the guest list for Dragon*Con were slim to none.

The reason for this is that PAX is always the same weekend as Dragon*Con and he is always on the guest list for PAX. It has gotten to be a bit of a joke with the Dragon*Con folks – both attendees and staff, with Dragon*Con TV poking fun in several of their bumpers at the fact that Wil Wheaton never, ever attends Dragon*Con.

So I was honestly a bit shocked and totally excited when he tweeted this a few days ago:

This may be relevant to your interests: I am coming to Dragon*Con this year.

The news spread like wildfire over Facebook and Twitter, as it was one guest addition we never thought we’d see at Dragon*Con. I, personally, am so excited about this. There are a lot of really shiny guests coming to Dragon*Con this year, but I’ve been a fan of Wil Wheaton’s for so long that I’m geeked that I’ll finally be able to meet him. 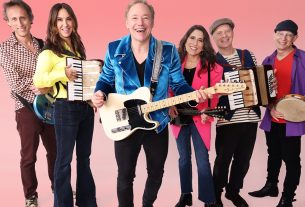