I’m not a person who was blessed with musical abilities. I grew up falling asleep to the sound of my mom pounding out Baptist hymns on the piano, just to relax after a long day of raising lots of kids. But I was so naïve when it came to rock and roll music that I was embarrassingly old when I first realized that a song on the radio was a recording, not the actual band, playing live at the station.

This could be why musicians captivate me. They live in a world that is foreign and fascinating to me. I met one of my favorite musicians on the night before I had my leg cut off. Yes, you read that right. On the eve of my amputation surgery, my husband and I went out to see one of my favorite bands, The Bacon Brothers. We knew I’d be home-bound for a while, so a crazy date night that didn’t end until the middle of the night was just what the doctor ordered.

Paul Guzzone is a member of the band, but also the producer of some of their music. As Jeff and I got to know him that night, at an unexpected meet and greet after the show, I felt like I was hanging out with an old friend. He’s humble, approachable, and an amazing musician.

Through the years, Paul and I have remained friends. We catch up with him any time we get the chance to see another Bacon Brothers concert. He’s taken my boys on a backstage tour of all their amazing equipment (they’re heavy on percussions, which my boys love), and talked his fellow band members into signing my artificial leg. He’s not your average, run of the mill friend.

Not only does Paul tour with the band, his day job is just as exciting. He’s a composer, producer, performer, song writer, and music director. Along with his wife, Mary Ellen, Paul owns Triple Z Music, a company that does a wide variety of all things related to music. He produces music for television, creates background music for national advertising campaigns, and provides background music for major conferences, product launches and special events.

Paul recently won a Telly Award. It’s a national award in sound design, for his creation of the soundtrack behind an internet video for the 2011 Chevy Cruze. Using sounds the car can make, he strung them together to make a new form of “music”. It’s definitely worth a listen.

As I got to know Paul more and more through the years, I started to wonder how a guy ends up in this kind of unique career. When people think of playing and creating music for a living, most assume the goal of “rock star” is the only option. Millions of teenagers have created garage bands and dreamed of making it big, but in reality, only one in a million actually succeed. It was interesting to me, that Paul has created a career that he enjoys, surrounded by music, and his title of rock star is only a part time gig.

Recently I tracked him down and asked him some questions, about what path he took to end up in this job he loves so much. I wanted to know for me, but also for my sons, and other teens out there, who dream of having music be a part of their future plans.

Here’s our conversation, complete with Paul’s great sense of humor:

When did you first know you had musical talent? What age did you start playing music and which instrument did you start with? – I started playing the violin when I was in the third grade. They had an after school music program at St. Stanislaus Kostka Catholic school. We also had music lessons once a week in the classroom for all students. Hence the importance of music and arts in the school system. But I also remember singing doo wop harmony when I was about 8-9 years old. My friend George who was one year older than me was into all that music and he taught me to sing harmony. We would hang out in the school yard and sing. I know, it’s a very stereotypical NYC story. But hey that’s the way it was!

As a teen and young adult, did you know you’d make your living in music or did you have other career aspirations? – I always had the desire to make music but making a living was probably more of a dream than a practical career path. However, I was smitten when I joined the folk club in high school and performed Suite Judy Blue Eyes and Down On The Corner at the school assembly. The next day I was the most popular kid in school. That fame lasted for about a week but it was enough to get me thinking that maybe I could do this.

Did you have the classic garage band in high school? – Oh yeah! In fact my family and friends had a surprise sweet 16 party for me, which consisted of me and my band literally playing in the garage until my mom (and the neighbors) made us stop. What did we play? Garage songs, what else? You’re Pushin’ Too Hard, Pictures Of Matchstick Men, and Jimi Hendrix and Cream songs.

Which instruments do you play now? Which is your favorite? – I sing, play electric bass, acoustic and electric guitar, and ukulele.  I fumble around on the keyboards, mandolin, and banjo, but mostly I play the computer and produce music. My favorite? That would have to be bass.

When did you start Triple Z and how did it begin? – Triple Z started as the record label, which would release my wife Mary Ellen’s CD projects. We expected to do mine as well, but after a while it evolved into our complete music production company. Now we do all sorts of projects – corporate shows, CD production, commercials, song writing, and our own live shows.

What types of jobs are the most challenging? Are you ever stumped when working on a project? – The most challenging by far are the corporate or advertising commercials, when the client is not sure what they want or has to be convinced to use music by someone on their team. They’re usually totally confused and hate everything you do. Then there are those who know everything about music and really want to use a U2 or and Eminem song, but could not get the rights. Then you’re competing with the original and you will never come up to their idea of what the track should be. I try to convince them to clear their head and start over. Like the song says “Sometimes you’re the windshield sometimes you’re the bug”.

What project did you get the most satisfaction from? – Working with Japanese musicians on a project for IBM at the Nagano Olympics. When I first heard my music being performed by the Koto player I got goose bumps. Then there was a big rock orchestra show in Orlando for Lotus where we did the music of Led Zeppelin and Rossini with a 6-piece rock band and 48-piece symphony orchestra. It was just amazing!

How did you end up playing for/producing for the Bacon Brothers band? – I met Michael (Bacon) because he opened up a show for Tom Rush back in the early 80’s. Unbeknownst to me he took note of my playing and singing, and the unusual rhythm section of me and a percussionist (Marshal Rosenberg). Years later we met again when he moved to NYC and began producing and composing. I hooked him up with some studios and we shared each other’s Rolodex, so to speak. When we needed a particular type of musician or song, we would call each other for recommendations. One day he called out of the blue and said that he and his brother (Kevin) were forming a band and I was going to be the bass player. That was 17 years ago. Production was a natural outgrowth of the close relationship we all seem to have.

Who was one of your favorite musicians to work with? Have you ever worked with one of your musical idols? – Maybe it’s because we’ve been together so long but I really, really love working with Ira and Frank (also in the Bacon Brothers Band). They are so good at what they do, and so inspiring to work with, I can’t even express it. There are others of course. Mostly studio singers and musicians that you’ve probably never heard of. People like Vaneese Thomas, Aaron Heick, Irwin Fisch, Curis King, Fonzi Thornton, David Buskin, and Robin Batteau. As for my musical idols, I’ve been very lucky to work with a few: John Sebastian, Emmy Lou Harris, Tom Rush, Maria Muldaur, the late Steve Goodman, Meryl Streep (yes believe it or not we did a session for a children’s CD called Philadelphia Chickens).

It’s been a pleasure to learn more about the music industry, through my friend Paul. I find myself much more supportive of the beginner garage band that practices in my basement. Our household may include a set of drums, once our move to Colorado is complete. Music is a gift, whether you’re one of those born with the talent, or one of those, like me, who just enjoys having a constant soundtrack to get them through the day.

If you’d like to know more about what a music production company does, feel free to visit Paul’s extensive website, complete with many samples of his creations.  If you’d like to see what other careers exist for those of you who are musically inclined, check out this article. And if you’d like to go to an incredible concert with some really fun, upbeat, rock and roll mixed with folk music, check out the Bacon Brothers Band (yes, that’s the actor, Kevin, and his brother).  They’re a band that seems to fly under the radar, but is filled with talented musicians. All of them, nice guys –  like my amazing friend Paul. 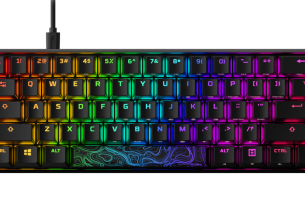 3 thoughts on “Music Week: Music Professions Beyond Being a Rock Star”