I consider myself to be happily married. Even so, there’s been a time or two I would have liked to throttle my husband (and in fairness, he’s probably felt the same about me). Author Alisa Bowman took her marriage difficulties a step further: She actually planned her husband’s funeral. Hoped for it, even. Things were Not Good in the Bowman household. I’ve been hearing rave reviews about Alisa’s newly released book, Project: Happily Ever After: Saving Your Marriage When the Fairytale Falters, so when the publisher sent me a copy I picked it up out of intrigue more than need. It’s one of those books that allows you to peek into the inner workings of another household, fulfilling a certain sense of morbid curiosity. Alisa writes in a friendly, accessible tone and I found that even though much of the content made me furious (more about that in a minute), I was staying up later than usual to read just one more page.

The early chapters are an introduction to Alisa herself, including some details about past relationships. Right from the start, the author makes it clear that she’s willing to share candidly. She doesn’t gloss over the ugly parts here or in later chapters where we learn about her (here’s the infuriating part) horribly unaware and selfish husband, Mark. Is that judgmental of me? You decide: What do you call it when an unemployed  husband takes a substantial amount of money that his wife had earned and saved toward a second honeymoon to resurrect their marriage and instead blows the whole wad on a ski trip with his buddies? I don’t think “horribly unaware and selfish” is too harsh, do you?

At the urging of a divorced friend who insists that Alisa try everything before settling for divorce, the author embarks on a self-designed project to save her marriage. I have to admit that after reading the first several chapters I thought this sounded like a hopeless cause. This was a marriage in which both parties had communication problems. There were few, if any, shared interests. They couldn’t agree on anything. And their sex life was virtually non-existent.

And yet, when Alisa convinced Mark to participate in what she dubbed Project: Happily Ever After they stumbled their way through difficult times, continually improving their marriage skills, each learning how to be a better spouse. It didn’t happen overnight. And it didn’t happen without tears. But today, Alisa considers herself happily married. Together, Alisa and Mark turned their marriage around.

Project: Happily Ever After is peppered with tidbits of advice, but isn’t a step-by-step self-help manual. Instead, you’ll see how one couple managed to salvage a dead-end marriage and perhaps be inspired to improve your own. For those of you who find yourselves in the unenviable position of being in a marriage as bad as Alisa’s once was, there is a bonus section at the back of the book offering “10 Steps to Happily Ever After.”

While I’ve never been much for the idea of a “fairy tale” romance, this book was a good reminder for me to appreciate my husband – no matter how much I want to throttle him sometimes.

View the book trailer for Project: Happily Ever After: Saving Your Marriage When the Fairytale Falters below or read more at ProjectHappilyEverAfter.com where Alisa blogs – very candidly – about relationships, marriage, sex, bikini waxes, and, uh, appliances.

Adventures in Photography: The Toddler Years

May Block of the Month: A Steampunk Raygun 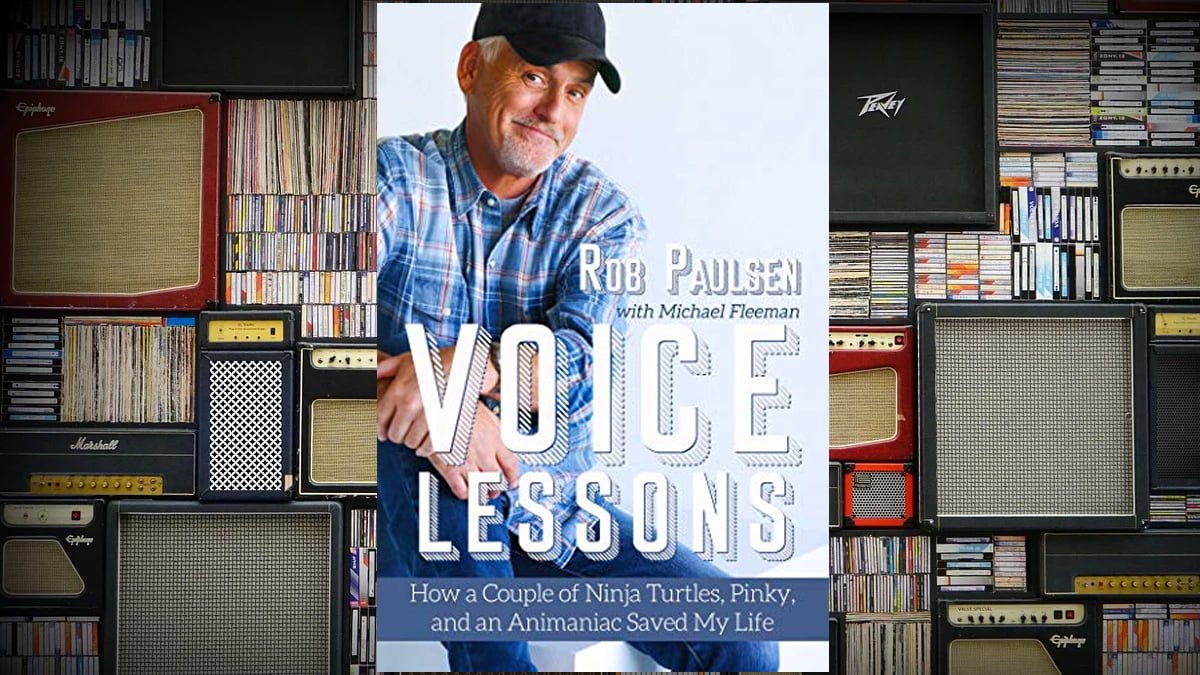 ‘Voice Lessons: How a Couple of Ninja Turtles, Pinky, and an Animaniac Saved My Life’ by Rob Paulsen