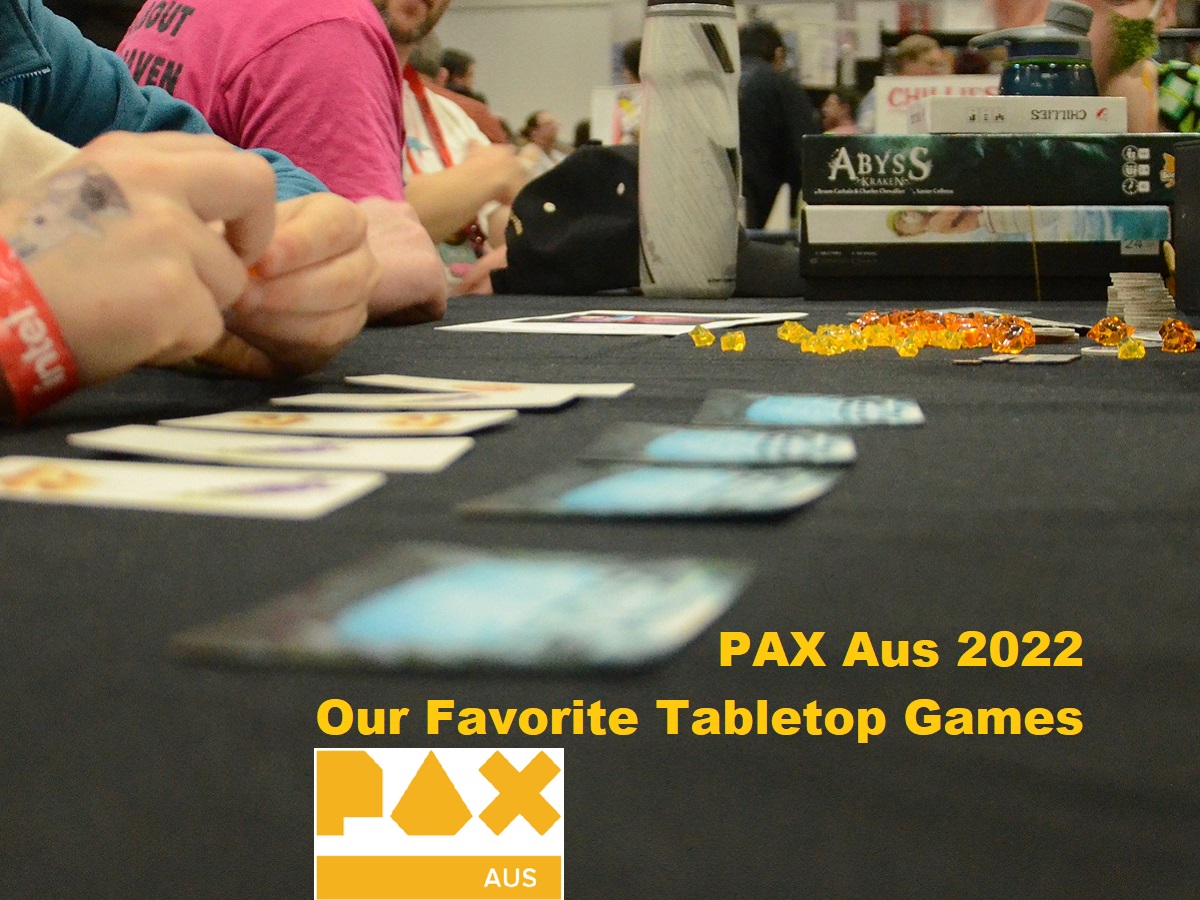 The last time we met for PAX Aus Tabletop in person was in 2019. Sure, video games were still available online (see here and here), but tabletop is a bit harder to do in the digital sense. Tabletop Simulator on Steam allowed for a virtual testing ground, and for that, I am grateful. However, it’s not the same as rolling the dice, admiring the meeples, or flipping a table in utter frustration because your 16-year-old son outsmarted you again.

In 2022, PAX Aus returned with physical tables and physical stalls and, yes, physical people to showcase the range of games available. It was brilliant! And so very very busy. Big thanks to EG Dad, who was our Official Photographer. So, let’s get straight to it and share our Top Ten Tabletop Games at PAX Aus 2022.

Fresh off the block is Yum Cha from indie publisher Quokka Games. Yum Cha was one of the PAX Aus 2022 Indie Showcase games and was so popular, it sold out by the end of the second day. Fair reason too, being a very cute, fun, and easy-to-learn card game. It’s based on our favorite Chinese brunch of the same name, with a set collection mechanic using a bit of luck and a bit of strategy. I love the ‘small box card game’ aesthetic, being a game I can carry in my bag and take anywhere. Full review coming soon.

Recently released from Pandasaurus Games, The Wolves is a pack-building strategy game featuring five (5) different wolf packs across five (5) different biomes. I watched a table playing this during PAX Aus but am yet to test it with the family at home. The goal is to build your pack and dominate the territory. An action-selection mechanic directly impacts your actions on the next turn, so quite a bit of strategy is required. Thanks to Let’s Play Games for providing me with a review copy.

This game was far more active than any wombat I have seen in the wild. If you’ve ever played Among Us, you will understand the trust issues that come with it. Players each draw a card, identifying as either a Good Wombat or the single Wicked Wombat. All players then close their eyes and work together to build block pyramids correctly (big at the bottom, smaller at the top). Except for the Wicked Wombat. Your job is to interfere however possible but does not let them know you are doing it. In each round, everybody votes for who they think is the Wicked Wombat. If the Wicked Wombat lasts to the end, they win! Guess who the Wicked Wombat was? A fun party game for older kids who understand the concept of mock betrayal (see our tips on Among Us here).

Another favorite at PAX Aus 2022. This logic deduction game comes with the most aesthetically delightful set-up, in part because of the punch cards. I’m old school and love the punch cards. Players must decipher a three (3) digit code, using the clues provided by The Computer. Each player begins with a hypothesis of three (3) numbers and can test this hypothesis against the provided clues by way of punch cards. Line up the number cards against the clue/punch card, and if a tick is revealed, then your number meets the rule. When you have ticks for all three numbers, you have the code. I love how this game can be played with others competitively or played as a solo-puzzle game. There are also millions of additional puzzles available on the website. Full review to come shortly, thanks to Let’s Play Games.

As a writer and a former lawyer, you would think I would be great at this game. Apparently, not. In teams of two, one player has to guess the word from clues given by their teammate with one specific rule: You. Must. Speak. In. One. Sound. Words. Single syllables only. More than one syllable and you are WHACKED with the 2ft inflatable club. It’s harder than you think. See! That sentence alone would wrong! Ack! That one too! A great game for thinking about how we describe everyday items and communicate with each other. Thanks to VR Distribution, I have a review copy to share in more detail soon.

If you attended PAX Aus 2022 on Saturday, you might have seen me demonstrating Railroad Ink at the Let’s Play Games booth. I absolutely adore this game! It is easy to set up and pack away, you can take it anywhere, and it suits all ages in our family (9yo to 46yo). It’s a simple Roll-and-Draw game, using the patterns on the dice to draw your transport lines on the grid provided. The more exits you connect, the more points you receive. However, incomplete lines lose points too. There are four (4) different editions: Red, Blue, Green, and Yellow. Each edition comes with its own expansion variations: red for Lava and Meteor, blue for Rivers and Lakes, lush green for Forest and Trail, and shining yellow for Desert and Canyon.

Another game from the makers of Exploding Kittens (they know how to make chaotic fun), this card game is all about probability and pure dumb luck. There’s also a fair bit of intentional vexation when you consider it is all about Stealing or Scoring. Every card in the deck has a white side with a single color featured, and a black side with a circle that includes three (3) different colors–only one (1) of which matches the color on the alternate side. The game starts with each player having four (4) cards and the rest of the deck black-side-up in the centre of the table. Players must collect multiples of cards in the same color and ‘bank’ them to reach 10-cards and win the game. However, it’s not that simple. Each turn is a choice between Score or Steal: to Score, you must guess the correct color and match it to one of your existing piles. To Steal, you guess the correct color of an opponents existing pile and take all of their cards in that color. If you’re wrong for either choice, the card is discarded. This game very quickly ends in chaos with haphazard guesses stealing cards in every direction. However, the chaotic nature really works for younger kids and they will love this game. Full review coming soon, thanks to VR Distribution.

I am super excited about this one. However, it is still WIP and hoping for a release in 2023. I first tested this game via Tabletop Simulator during PAX Aus Online 2020. Inspired by the bathhouses of Japan, players take the role of employees with a variety of guests visiting the baths. Players must collect ingredients to match different guests’ special requests. Each turn allows only one action, giving a fast turn-around for gameplay. There are Staff cards scattered throughout the deck to modify the rules as the game continues. Once a certain number of staff cards has been revealed, the game ends. Points are allocated from your happy guests as well as side tasks. This fun game is filled with beautiful artwork from the spiritual guests as well as encouraging some strategy and forward-thinking when planning out your ingredient collection. Stay tuned for release dates and a full review in 2023. You can also learn more from game designer, Ark Angel Games, on their website here.

Another game still in development but showing a lot of promise. It starts off with a bit of a Pokémon feel: capturing monsters and using them to battle other monsters. However, where Pokémon is a simple battle mechanic, Aethermon is built on a strong narrative and adventure-tower mechanic. This cooperative game can be played with 2 to 5 players and takes about an hour to play. Each player chooses an elemental monster to battle with them as they ascend the Tower of Darkness and prevent the ancient evil from being unleashed. The spawnlings and I had a quick taste of the battle style and the narrative, showing a little bit of the artwork and development. Aethermon was also featured in the PAX Aus 2022 Indie Showcase, with a potential crowdsourcing campaign to come in 2023.

Story Time Chess teaches kids how to play chess through the art of storytelling. Our older spawnlings have grown up on Chess with both parents; the 16yo also plays regularly online through Chess.com. Our 9yo has not picked it up as quickly, and I think this might be the thing that truly catches her attention. Thanks to VR Distribution, a review copy has just landed on my desk, so a review will be coming shortly. This is one I am adding to my Gameschooling list.

Shout out to Curses & Covens, which I only caught at the last minute as I was leaving on the final day! Unfortunately, I didn’t have the chance to play the game, but I did grab the details of their Kickstarter campaign, fully funded and live until 2:00 pm November 10, 2022 (AEDT). It’s a 4-6 player card game, family-friendly for ages 8 and up. One player is the Witch-hunter, while the others form a team as a village, working together to hide the witches. The artwork is glorious, and I love the idea of encouraging team strategy to protect the witches. For full details, check out the Kickstarter campaign here. I’m looking forward to learning more about it!

Every PAX event is a great opportunity to see fresh games on the market and new games that are still work-in-progress. There was a great variety across the hall, showcasing different game styles and themes for all players. Reviews will be coming in thick and fast over the next few weeks.

While you’re waiting, check out our fave video games from PAX Aus 2022 here.

Coming up next: our PAX Aus 2022 panel! Gameschooling: It’s More Than Lockdown Learning. 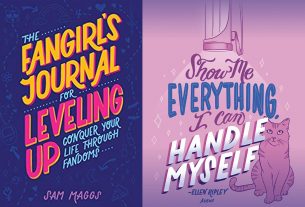 Review: ‘The Fangirl’s Journal for Leveling Up: Conquer Your Life Through Fandoms’ 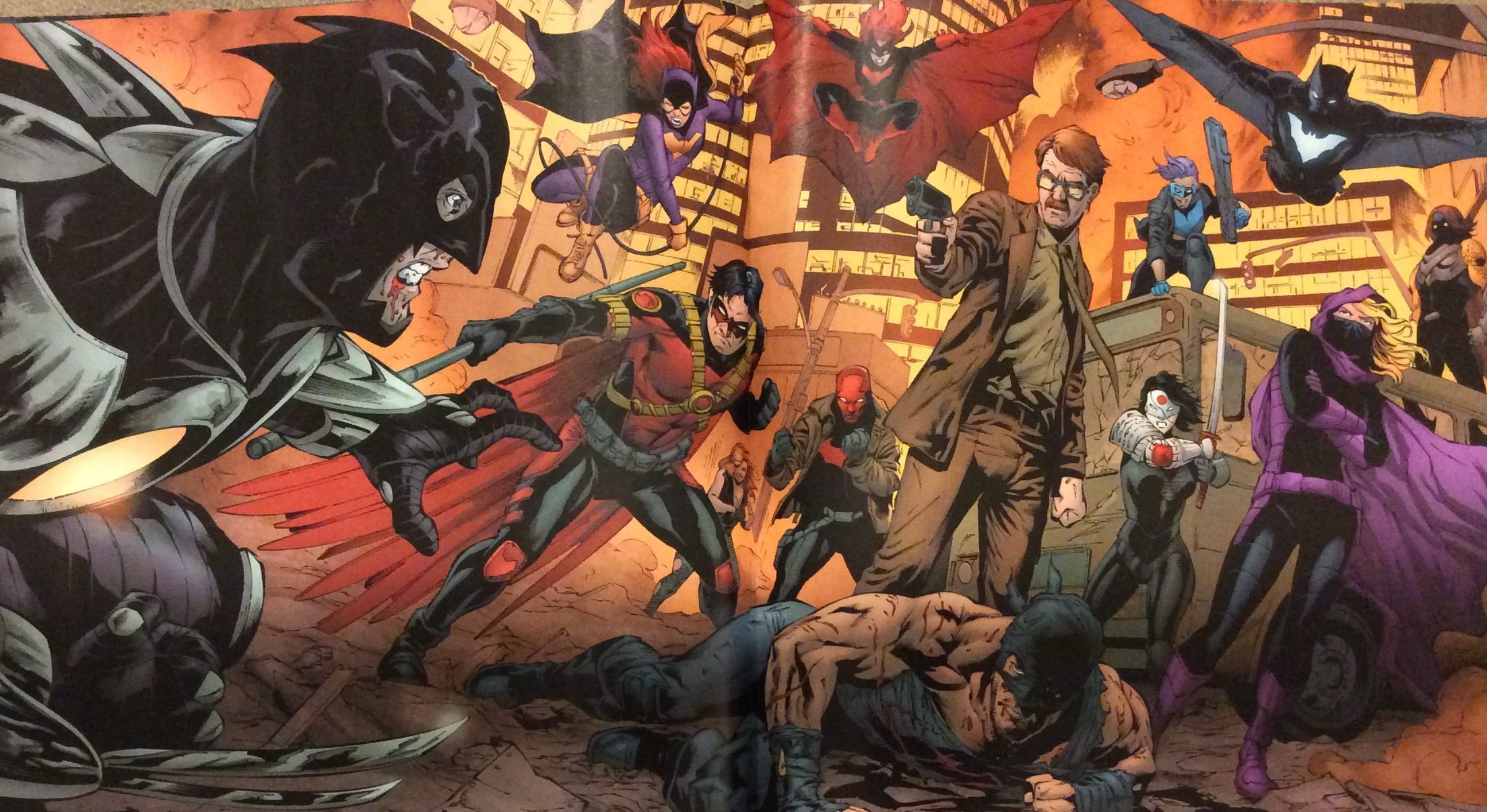 Be the Artist: Jackson Pollock