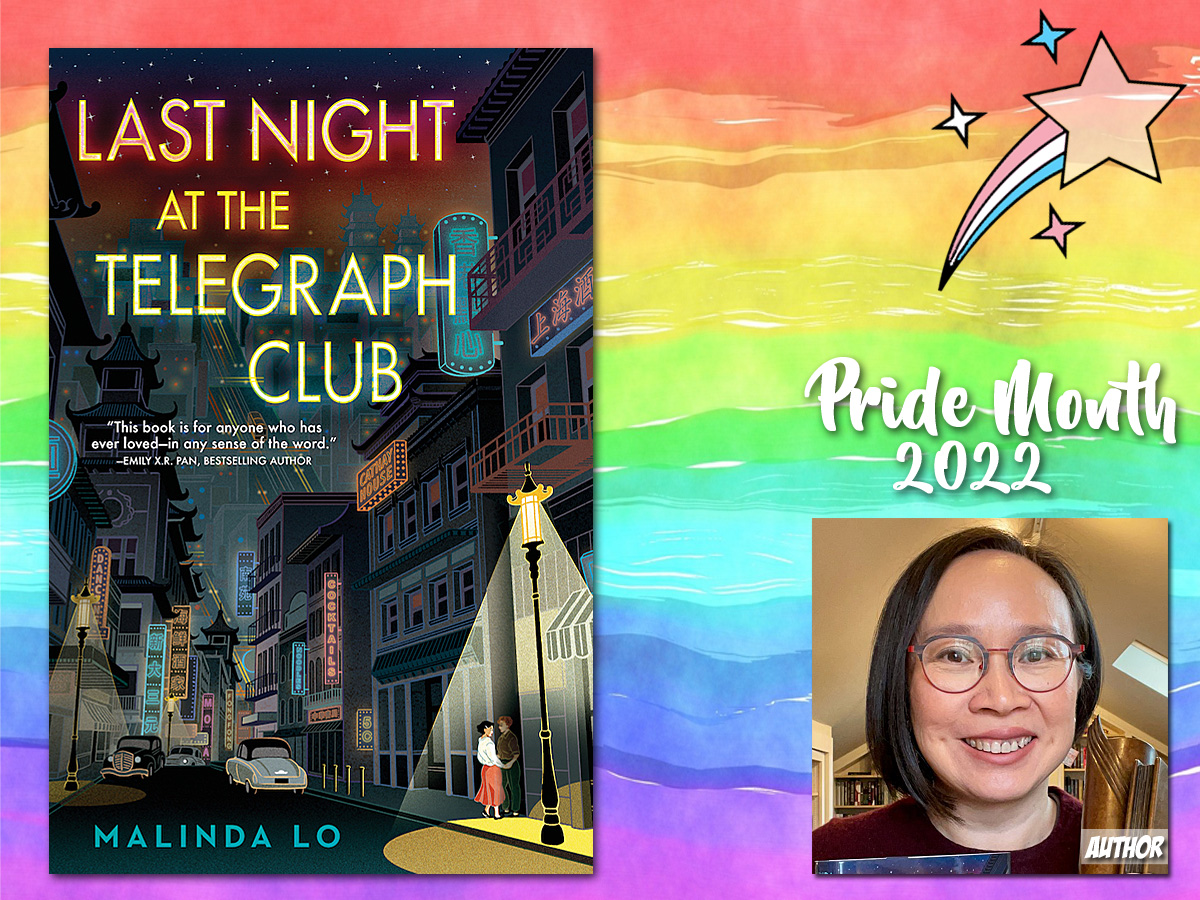 Throughout June, GeekMom celebrates Pride Month with lots of LGBTQ content. Follow the Pride Month tag to find all the content in one space (including LGBTQ content from previous years) and keep checking back for more throughout the month. Today’s book review is Last Night at the Telegraph Club by Malinda Lo.

Last Night at the Telegraph Club is the story of seventeen-year-old Lily, a Chinese-American girl living in San Francisco’s Chinatown in the mid-1950s, the height of both the Red and Lavender Scare. At this time, paranoia over Communism was rife and the U.S. government used this as an excuse to deport many people of Chinese descent, as well as push queer people out of the government.

Lily is a “good Chinese daughter” in her senior year of high school, she loves science-fiction novels and dreams of working in science like her Aunt Judy—a computer at JPL—despite the many barriers she knows are standing in her way due to her race and gender. Her family is well-known and respected in their community, partly because of her father, a doctor at the local hospital. However, her father’s papers have recently been taken from him after he treated a young boy whom the government suspects of being involved with Communism and refused to sign a statement affirming this, leaving their family at risk.

At the same time, Lily is harboring secrets of her own. Hidden within the pages of her science-fiction novels she keeps photographs she has found but dare not display: Katherine Hepburn lounging in pants, a newspaper story about two former Women Air Force Service pilots who now run an airfield together, and her most recent addition, a photograph of Tommy Andrews, a male-impersonator working at a local lesbian nightclub. Lily is fascinated by these photos and stories but doesn’t know why—until she befriends Kathleen Miller. Kath is a girl in her senior class and, after spotting Lily’s photo of Tommy, she admits to having visited the same nightclub where Tommy performs—The Telegraph Club.

Lily and Kathleen begin visiting the Telegraph Club late at night using false IDs and soon start befriending some of the regular patrons. However, America in 1954 is not a safe place for their story to unfold, and soon Lily realizes that she will have to choose how much she is willing to risk in order to stay with Kathleen.

Last Night at the Telegraph Club is a beautifully written piece of historical fiction that explores a part of queer history I knew nothing about. The author’s notes at the end (more a short essay than a “note”) explain some of the history surrounding San Francisco, its famous gay community, and how these things were tied to Communism and the city’s large Chinese-American population, history I found deeply fascinating. The book also explores the casual racism experienced by Chinese-Americans at this time, with Lily being constantly exoticized by almost everyone she meets and her family permanently at risk of deportation even though they are all legal citizens of the United States. The queer history here was equally as important as the book focused on the bars and clubs than openly catered to queer women but were under constant threat of police raids.

I loved Lily’s story and how three-dimensional her character was, as well as the beautiful descriptions of her neighborhood which made me feel like I could step through the page and look around. Lily has so much going on in her life, and that made her feel much more like a real teenager than a simple book character. She has career ambitions, friendships, personal interests, and family responsibilities in addition to her complicated love story, and these aspects of her personality are all used to help explore the culture she is living in as she helps her best friend prepare to enter a beauty pageant while simultaneously studying Advanced Math (a rarity for girls in this era) in order to aid her goal to work at JPL.

Unfortunately, I ended up feeling a little disappointed by Last Night at the Telegraph Club because of its ending. The final quarter felt as if the author didn’t quite know what to do with her characters after the inevitable incident that shakes everything up toward the end. A number of main characters and plot lines simply disappear from the page never to be heard from again, and Lily rushes through her final chapters, only to wind up in a clumsy epilogue that fails to give many answers. Given that several chapters throughout the book were told from the perspective of Lily’s Aunt Judy, I’d also expected her to play a larger part in the conclusion but that didn’t really happen, making the inclusion of those chapters feel a little odd.

Last Night at the Telegraph Club was a genuinely interesting and lyrically written book that is let down by its finale, but if you can overlook that, there’s a lot to both learn and enjoy within its pages. 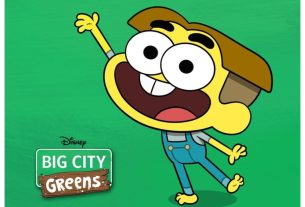 An Interview With Shane Houghton, Executive Producer and Creator of ‘Big City Greens’