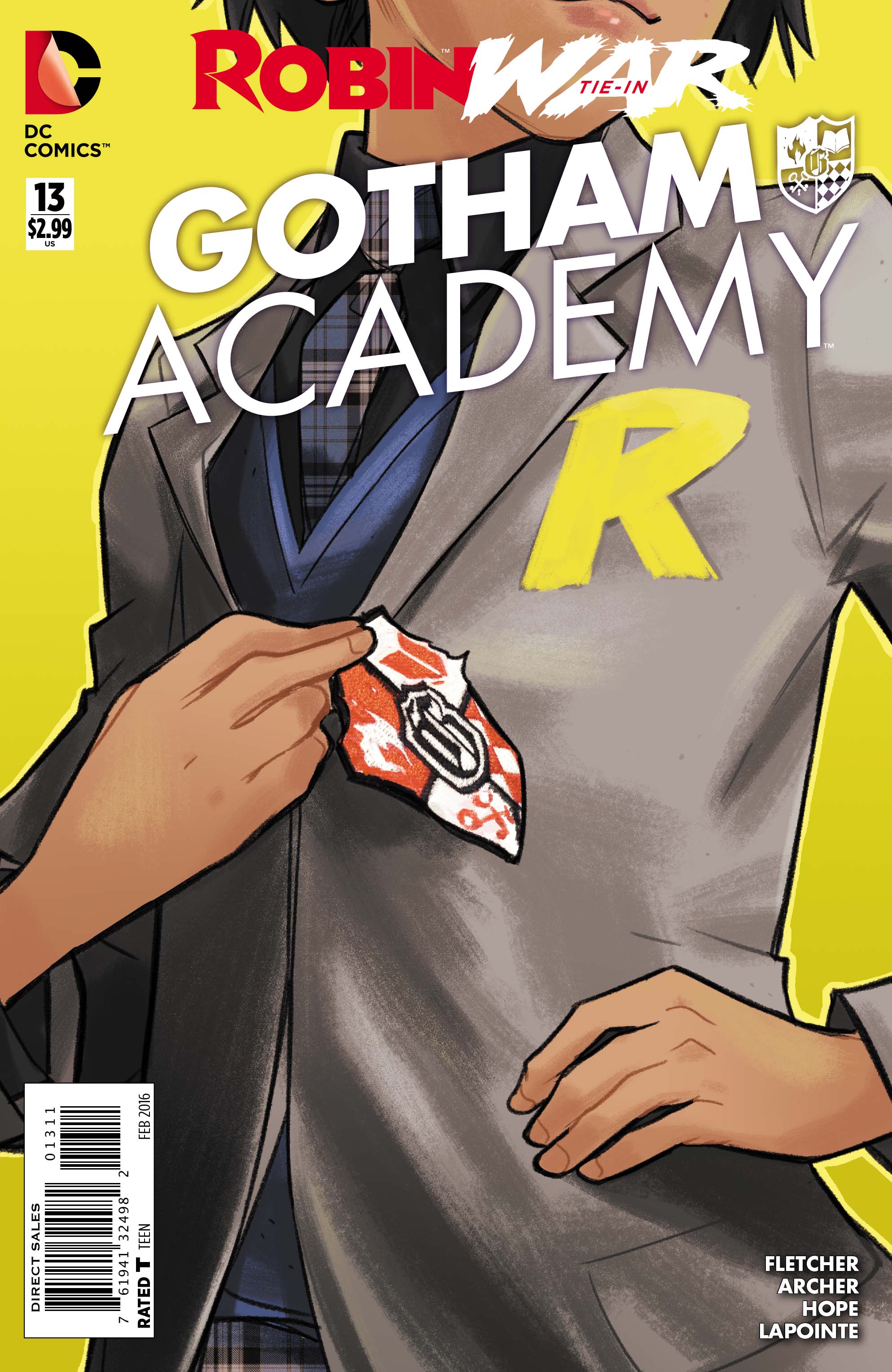 Over the past twelve months, my co-reviewer Ray Goldfield and myself have been extolling the virtues of Gotham Academy, which deals with the perils of attending a private residential school in the midst of the chaos that is Gotham City.

In this exclusive preview of Gotham Academy #13, the series crosses over with the Robin War. So far, one of the Robin gang has been involved in the death of a police officer, triggering a mass crackdown on the teens imitating Batman’s sidekick, Robin.

Gotham Academy #13 is written by Brenden Fletcher, drawn by Karl Kerschl. All images copyright DC Comics. It will be available at all comic outlets on Wednesday, including digitally on Comixology.com