The right thing, the wrong way.

A t-shirt I saw recently but can’t remember where…

Seriously. After everything Bucky Barnes has seen, you have to be pretty damn chaotic to provoke that expression on his face:

Thunderbolts #1 (again) was released this past week and I picked it up while the fam was on its FCBD adventure. Okay, to be fair, I was already planning to check it out because I’m a sucker for the Winter Soldier, but FCBD gave me a reason to be at the shop. The premise is that, after the events of the Standoff mini-series (which I’ll short-version in a second ), Bucky who is now doing Nick Fury’s job of “protecting Earth from external threats,” finds himself in a moral quandary vis a vis the disposition of some very specific S.H.I.E.L.D. property. Rather than returning said, he steals it and recruits some super-criminals who owe him a favor (Moonstone, Mach-X, Fixer, and Atlas) to help him protect it until such time as he deems it safe to return to its owner.

Yes. But also? Only sort of.

Because Lawful Good, in the form of S.H.I.E.L.D., hasn’t been doing such a great job of maintaining either the law or the good of late. If you’ve been reading Captain American: Sam Wilson – and if you haven’t been, you should be – you know in the first couple of issues, Sam received information about S.H.I.E.L.D.’s secret research on a cosmic cube fragment. A Cosmic cube fragment S.H.I.E.L.D. had no right to possess and Director Maria Hill denied having. She told Sam his information was faulty. She told Congress the information was faulty.

In shock to pretty much no one, Maria Hill was lying her ass off. Which, incidentally screws Sam something fierce. S.H.I.E.L.D. does have the cube fragment and they are experimenting on it. They have, in fact, provoked it to sentience in the form of an all-powerful, omniscient child. Hill has used the child, named Kobik, to create the town of Pleasant Hill. Which is on a hill but not all that pleasant being, in reality, a supermax prison for super criminals. Hill has convinced Kobik that these super criminals have been unhappy and urges the child to help them by fiddling with their minds, making them believe they’re nine-to-fivers who sell houses, fix cars, teach preschool, and have barbecues on the weekends. (Grab the Avengers: Standoff mini-series if you want more info. The story line sprawled across several different titles, but that’s a huge financial layout and you can get the gist from the straight up Standoff issues)

If you’ve ever watched Star TrekVI: The Undiscovered Country, you know that mental manipulation of this sort is akin to physical rape in Vulcan society and I think that censure can be applied pretty much across the board. Violating someones mind? Stealing his life no matter what he may have done or what he may do in the future? Forcibly turning him into someone else because you don’t like who he is? Yes, they’re super villains. Yes, they have done horrible things. But that doesn’t give Maria Hill, or anyone else, the right to change the fundamentals of who that person is without permission.

How do you remind Lawful Good of its proper place?

In comic book world, you bring the Chaos.

Several different Avengers Squads and one of the X-groups converge on Pleasant Hill after some of the criminals break free of their programming and capture Maria Hill and Steve Rogers (who’s super serum has been deactivated and who has begun to age rapidly. For the moment). In fairness, some of them were already on their way, having discovered proof Hill lied about possessing the cosmic cube fragment. Mayhem ensues. Fights are fought. Bucky throws down with Kobik and ends up blasted beyond the town’s borders where she finds him after the dust has settled. Still all-powerful, still able to warp reality, she is also a terrified child who, Bucky knows from experience, will be experimented upon, possibly even tortured, used for S.H.I.E.L.D.’s own ends. So he does what any self-respecting, reasonable, morally ambiguous, ex-assassin with a heart would do: he takes the kid and runs, accompanied by a band of brothers (and one sister) in moral ambiguity. Bucky’s goal remains unchanged: protect the Earth from external threats, protect Kobik from S.H.I.E.L.D., and expose the failure of Lawful Good.

Which the Thunderbolts do by stealing. A lot. By breaking and entering. A lot. By caring. A lot. And by killing. A lot. Without any sort of badges or commission. They are hackers, bruisers, murderers. And they do all of this without even telling anyone why.

Their solution to finding something above their pay grade? Blow it up, burn it down. A whole-sale slaughter of Inhumans who have yet to emerge from the Terrigen cocoons, and certainly have yet to do anything to harm anyone.

Need I remind you that Ms. Marvel, Kamal Khan, is Inhuman? And she has only used her powers for good. Not all of the Inhumans can make the same claim, but it’s impossible for them to decide if they’re dead, isn’t it?

Still, while it’s ugly as hell, but these Chaotically Good folks do get things don’t, don’t they?

Not only do they get it done, we love watching them do it. We love it because these are the folks with the most snark, the most attitude, a rage they can channel into something productive and right even if their methods are questionable. Because watching them do it is cathartic for those of us who live in the real world. Who can’t punch someone who deserves it just because we want to. Who can’t right wrongs by any means necessary. Who have to live within the rules and laws because we have families and lives to protect.

Of course, our restrictions don’t make the failure of Lawful Good any easier to swallow.

We love anti-heroes because they can bring down a government agency that has failed the people. They can protect an innocent child from big, bad Hill. They can kick any ass that needs kicking, can burn what needs burning. They can do what they feel is right instead of being frustrated and angry as the world fails around them and they’re handcuffed by rules and uniform morality. Chaotic Good can take action where and when we can’t. They can Get. Stuff. Done.

In comic world that is.

In reality, in this world we live in, can the ends justify the means? Is Chaotic Good actually good or is it just chaos that occasionally archives its aims and, the rest of the time, blows up in everyone’s face?

Alas, in our reality, there isn’t much of a place for Chaotic Good.

Because people can’t be trusted. Because power corrupts. Because for every Chaotic Good, there will be a Chaotic Evil and we can’t take that risk. Batman breeds the Joker. Thor breeds Loki. Black Widow (who has been Lawful Evil at times) breeds The Winter Soldier. Daredevil breeds Bullseye.

When there is Law, there is, in theory, some sort of balance. It isn’t perfect by any means and it’s often completely unfair, inherently biased, and sometimes, downright disgusting. Racism has been law. Sexism has been law. Sexual-orientation and gender-orientation discrimination has been Law. That is completely and utterly unacceptable. But without any boundaries, without the evolution of the law, those things might still be law and it might be legal to persecute people because of them. Does that persecution still happen? Yes. I can’t deny it. But in a reign of Chaos? Everyone does whatever he or she wants however he or she wants to do it and that is asking for a complete breakdown of even our veneer of society. And that veneer, be it ever so thin, is what keeps us from being constantly at one another’s throats. It keeps hospitals staffed. City infrastructure running. First responders responding. Diplomacy moving forward. Teachers teaching. IT guys fixing the same damn computer over and over and over again.

But to give in to Chaos… that’s a whole other set of problems and one that is far less easily contained.

And those are risks we can’t take lest we lose the ability to keep ourselves safe, our children safe, our world as safe as possible (which, I know, isn’t very).

In my fiction? Moral ambiguity is far more interesting than paragon, risk a better story than certain success or the moral high ground. Chaos makes for better adventure, a more interesting narrative. But in reality? There are a lot of potential pitfalls. There’s a lot of harm that can be done. That’s why I love the Punisher conceptually but running through my city? No way. That’s why I love Bucky Barnes in comics and movies, but the thought of a de-programmed Russian operative recruiting super criminals to protect a weapon of cosmic import without at least checking in with the authorities? That’s like giving a dictator a nuclear weapon and asking him to make sure it doesn’t go off.

I’ll take my catharsis, thanks very much. But I’ll keep my Law. 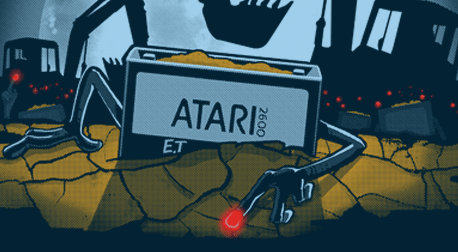 1 thought on “Gather ‘Round Padawans: Thunderbolts and Chaotic Good”