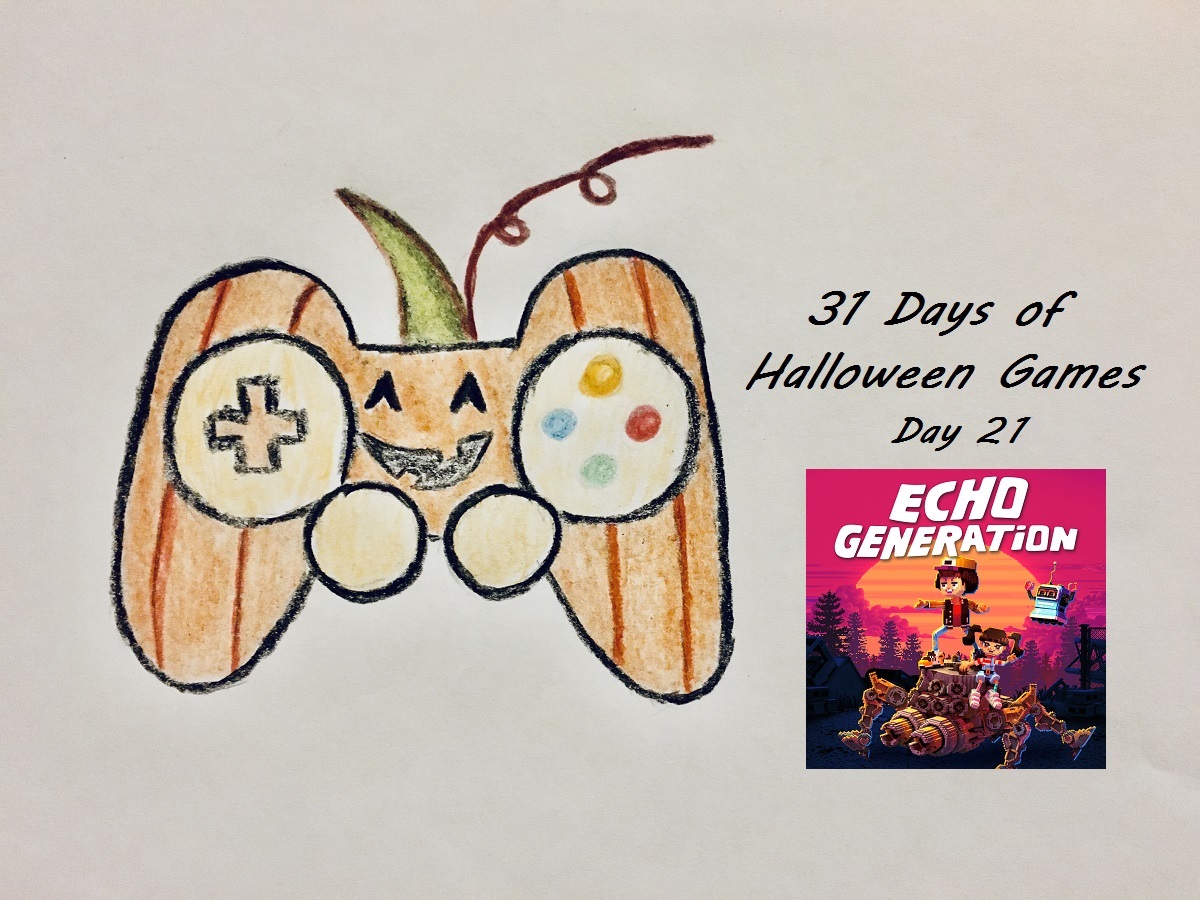 One of my fave Halloween movie scenes as a kid was from E.T. when Elliot and the gang take E.T. trick-or-treating. For an Australian kid in the 1980s, it seemed so quintessentially American and Halloween all wrapped up together. It’s probably why I love The Goonies and Stranger Things too. Just a bunch of kids smashing through the crazy stuff. Turn that nostalgia into a video game and you have Echo Generation, launching today on Xbox Series, Xbox One, and PC.

What Is Echo Generation?

Echo Generation is a 3D turn-based RPG filled with small-town antics and a group of kids ready to save their town (and maybe the world). It works with the tried-and-true formula of balancing real-life nostalgia with unreal supernatural horror and fantasy.

The story is set in a small Canadian town and focuses on a group of kids, with you playing as the leader. You can choose how you are portrayed in the game: gender, appearance, name, etc. You’re a sci-fi fan, creating your own aliens screenplay to produce with your friends. Your kid sister tags along for the ride (after the strong advisement of mom), which is good because she’s pretty handy in a fight. Especially when there is a bunch of trash pandas (*ahem* raccoons) blocking the road and spouting trash talk to anyone who walks past. That’s the soft introduction you have for this game. And it keeps going with the crazy characters after that. 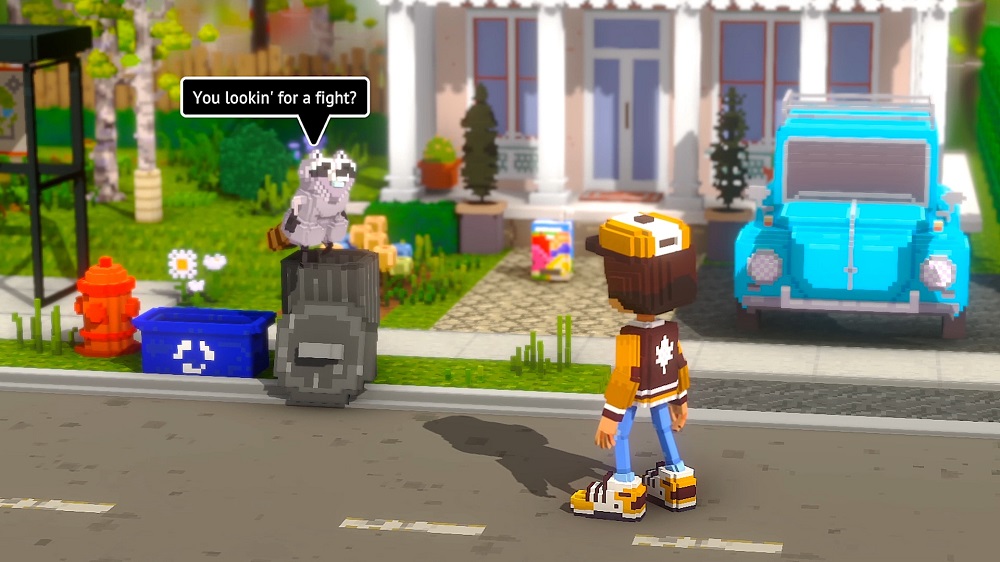 Like many RPG Adventures, much of the story is revealed as you progress. At the beginning of Echo Generation, you start off with a mysterious crash in the fields nearby. Before Mom will let you go, she says you have to take your kid sister with you. Before she agrees to come with you, sis wants you to give her a traffic cone for her bedroom decor. To find the traffic cone, you need to take a walk down the road to the guard dog. It’s a whole bunch of little steps, close enough together to make them feel attainable but far enough apart to keep you moving along.

Part of the appeal of the game comes from the battles within the RPG. Remember the trash pandas I mentioned earlier? Consider them as practice for the boss battles. Each fight scene is turn-based, with the ability to level-up and power-up as you smash your way through. While the combat is fairly easy with standard punch attacks, there are bonus damage attacks that require precise timing or combinations to perform. Some of these are kind of cool, like using a hockey stick to yeet a raccoon. Though, I have to confess I had a bit of difficulty with the precision timing. It’s a little unforgiving and I was rarely able to time it right for an effective block. 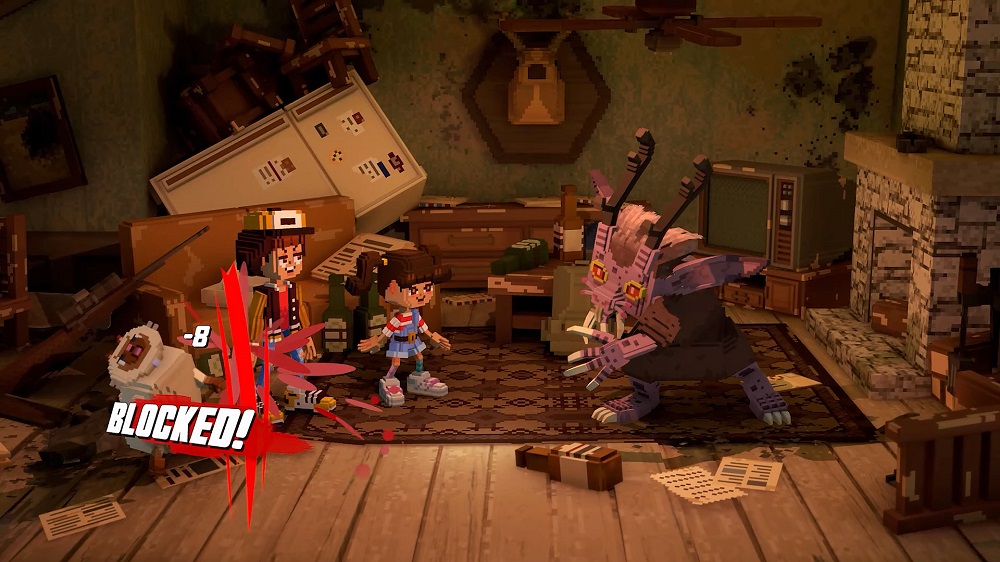 Nostalgia Is the Key

Echo Generation is well-grounded in nostalgia, all the way down to its voxels. I like the effect they have achieved by filling out the old-school pixelated look and going for voxels instead. There are also some very cool animations with the graphics, such as images bouncing or the lights flickering, all within the same nostalgic feel. Those little movements highlight how smooth the animation is in this game. All of the characters are fluid and keep the game feeling natural (for something that initially looks a little blocky).

The comical graphics make it feel like a kids game but the content is definitely aimed at a little older, like teenagers and above. While the violence and gore are minimal, there are some elements that stand out; for instance, comments about the creepy man and the missing kids are a little more than expected in tone. As a loose guide, I would love to share this with my 15-year-old, probably with the 12-year-old, and probably not the 8-year-old. She probably won’t understand some of the contexts but then, that’s also a good sign that it’s not aimed at her. 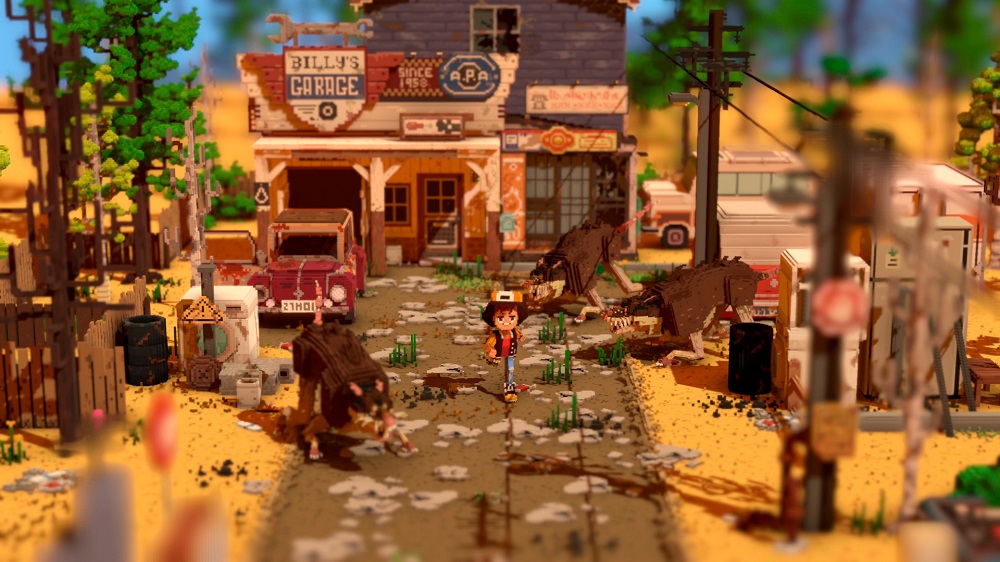 Bring It All Together

Echo Generation really opens up as you unlock more characters and build your team. I loved this part but not because of the power-ups (though, they are cool). I was more excited about the dialogue with other characters! There is a lot of witty banter and interaction going on, both with NPCs and your friends who join your adventure. Even the enemies have some great lines to share. Best of all, it changes as you progress; the game has a feel of self-awareness so you won’t groan every time you need to go back to someone for more information. Most of the time, I was looking forward to it.

To be fair, a lot of Echo Generation has been done before: turn-based RPG is popular, self-aware dialogue is almost expected now, small-town kids are common, and voxelated/pixelated art is easy to make look good. What Echo Generation does well is bring it all together. I wasn’t bored as I found the little steps along the way. I wasn’t frustrated by backtracking to discover the missing clue. Everything was well-placed to entice me to the next bit. There were a few moments where it touched on formulaic but it made up for it by keeping the quirky style and making me laugh out loud. In those moments, Echo Generation became a game I can simply enjoy. 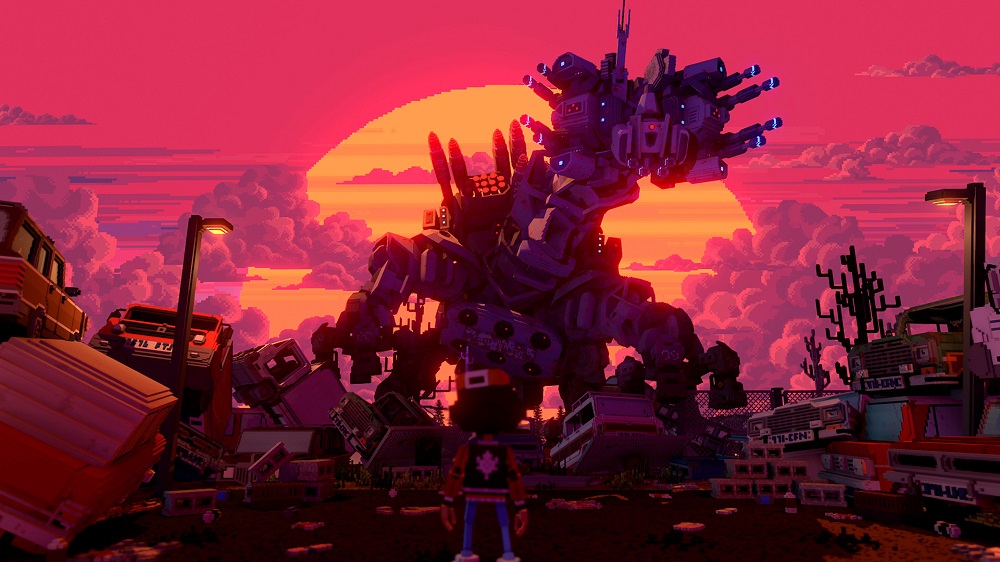 Echo Generation arrives for Xbox Series, Xbox One, Xbox Game Pass and Windows PC on October 21. For more information, check out their official website here. Evil Genius Mum received a free review copy for the purpose of this review; no further compensation was received.

A Great British Export: The Gruffalo

The Office of Mercy