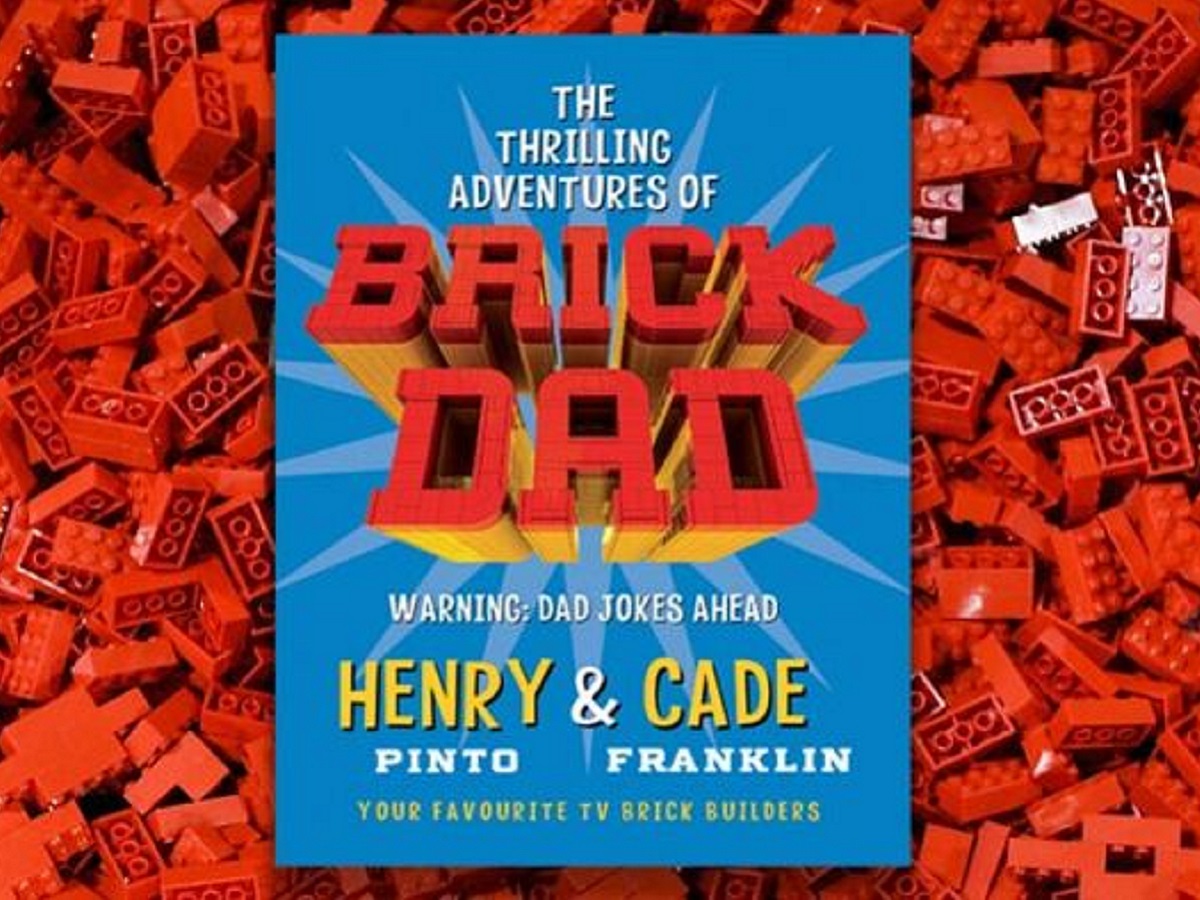 LEGO books usually fall into two categories: instruction guides or illustrated comics based on established series. Considering how popular LEGO is, you would think there would be some more creativity out there. This is why I am so excited about The Thrilling Adventures of Brick Dad by Henry Pinto and Cade Franklin. Here’s a book to showcase the fun LEGO can bring to both storytelling and general family life. We can all relate to Brick Dad, who gives a funny LEGO twist to the dad jokes we have all lived through at some stage. And if you’re going to create a LEGO book with a difference, you definitely want to have some of the best LEGO creators on board. Lucky me had the opportunity to speak to both of them.

The Thrilling Adventures of Brick Dad (Brick Dad) is the love-child of Henry Pinto and Cade Franklin, winners of LEGO Masters Australia (Season 1). First twist: Henry and Cade had never met until they started filming for the hit TV series. Clearly, something “clicked” and the pair have become great friends since. Their partnership was key to some of the most amazing builds during the show and showed a great healthy friendship developing on our screens. You can see more about them from our GeekMom article back in 2019 here. 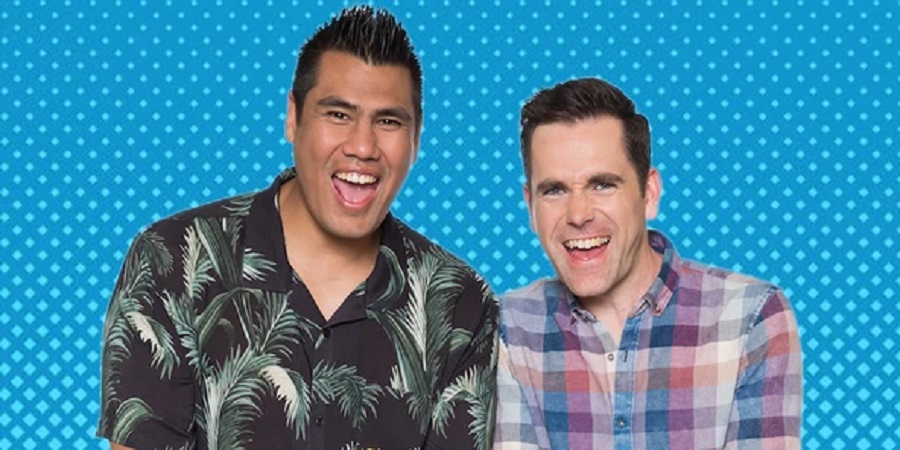 On its own, LEGO Masters changed the way families see LEGO. This was the moment when families could see creative ways to build together. Previously, LEGO was divided down the middle between “kids’ toys” and “grown-ups’ obsessions” (with the likes of Nathan Sawaya and Ryan McNaught making it art but not exactly affordable). LEGO Masters made a show (across seven countries) that the whole family can watch together and relate to. With a diverse range of contestants from mixed backgrounds and relationships, any parents on the show were sure to stand out.

In Season 1 (Australia), Henry and Cade were the LEGO parents, each with their own families and passion for LEGO. They reminded us how to be creative AND play with our kids too. Out of all the books you would expect from LEGO Masters winners, Brick Dad is the perfect way to present this simple family element to LEGO.

We are ALL Brick Dad

Don’t be fooled by the title. This is a book for every geek parent who has ever played with LEGO: Mom, Dad, adopted aunt or uncle, co-sharing petsitter. When Henry and Cade won LEGO Masters (Australia) Season 1, we geeky parents could see ourselves right there on TV. You get the exact same feeling reading Brick Dad. LEGO is such a family thing and Brick Dad really shows so much of that. This book is filled with “dad jokes” (AKA Parent Jokes), most of them based on real-life experiences. While I was reading it, I was constantly saying, “Oh, that’s me. And that’s me. And that’s totally me but I’ll never admit that in public.”

Cade: There are so many moments where it really was us saying, “Hey! Today this happened…” and we could see it in LEGO. Things where you could easily imagine what would happen next if it was in the world of LEGO. And it is always seemed easier, or cooler. That is something every parent has experienced at least once. Every parent will look at this and go, “If only it were that easy…” 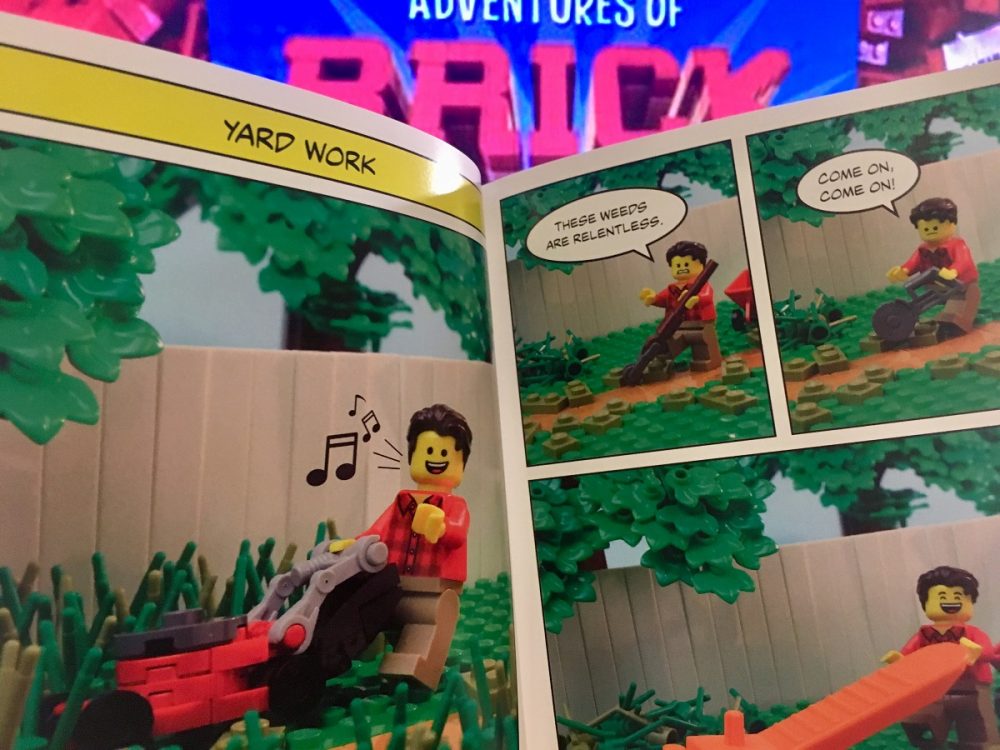 Second twist: Brick Dad is the book that keeps on giving. Once you’ve had a good laugh with Brick Dad, you may find yourself lingering on a page, giving it a second look to see how they built something. Each of the scenes depicted in the book is presented with such clear access, I was inspired to re-create some of my faves. I love seeing the creative ways to use some of the more unusual LEGO pieces. NPU or “Nice Piece Usage” is the “official term.” And there is plenty of that. You’ll want to take a closer look at the book–and your collection.

This is quintessential Henry and Cade: making LEGO accessible to anyone. Henry has always had the belief for LEGO to be available for everyone. At various LEGO-fan exhibits (like Sydney Brickshow), you will find Henry sitting with his displays and a crowd of fans eagerly watching him show how to pull apart and rebuild some of his fave builds. Cade has a similar approach, working with mini-figs to tell the story in a way the audience can relate to. Put them together and you have a collection of mini-stories shared in a way to encourage your own brick building ideas. Brick Dad is a long term investment, bringing laughs and inspiration–just like the guys did on the TV show.

The great news is Brick Dad has been released into the wild and you can purchase your own copy! It is such a great read, an enjoyable laugh at ourselves as parents and at LEGO as a medium. It will spark the imagination and inspire you to create your own scenes. Best of all, it will have you looking at LEGO as an everyday toy for parents as well as kids. The last page of the book features some classic pieces from Henry’s own childhood. I’m happy to say I have some of the same pieces in my own collection. It was a nice touch to see LEGO as a bridge from our childhoods to our children (and ourselves).

The Thrilling Adventures of Brick Dad by Henry Pinto and Cade Franklin can be bought in hardcover or digital copy. I’ll be honest, this is one of those times where the hard copy is so much better than the digital. The images really pop from the page, it is easier to move back and forth through the pages, and the full page “breaks” with single images look so much better and feel more natural in the hard copy. However, the digital copy still has the same dad jokes and the same LEGO minifigs so read it in whatever form you can access.

You can purchase directly from the publishers, Hachette Australia, or ask for it at your local bookstore. (RRP for Hardback is AUD$22.99, e-Book RRP is AUD$11.99) 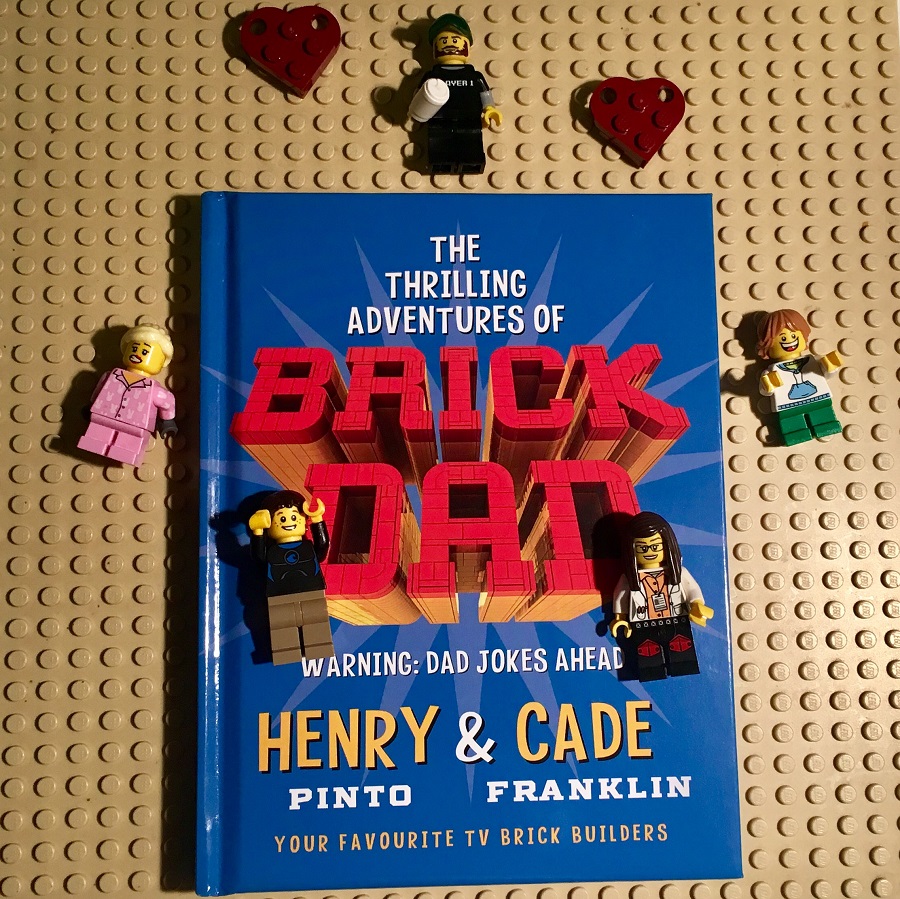 Congratulations on the book, guys! And thanks for the laughs–at myself and at LEGO parents like you! 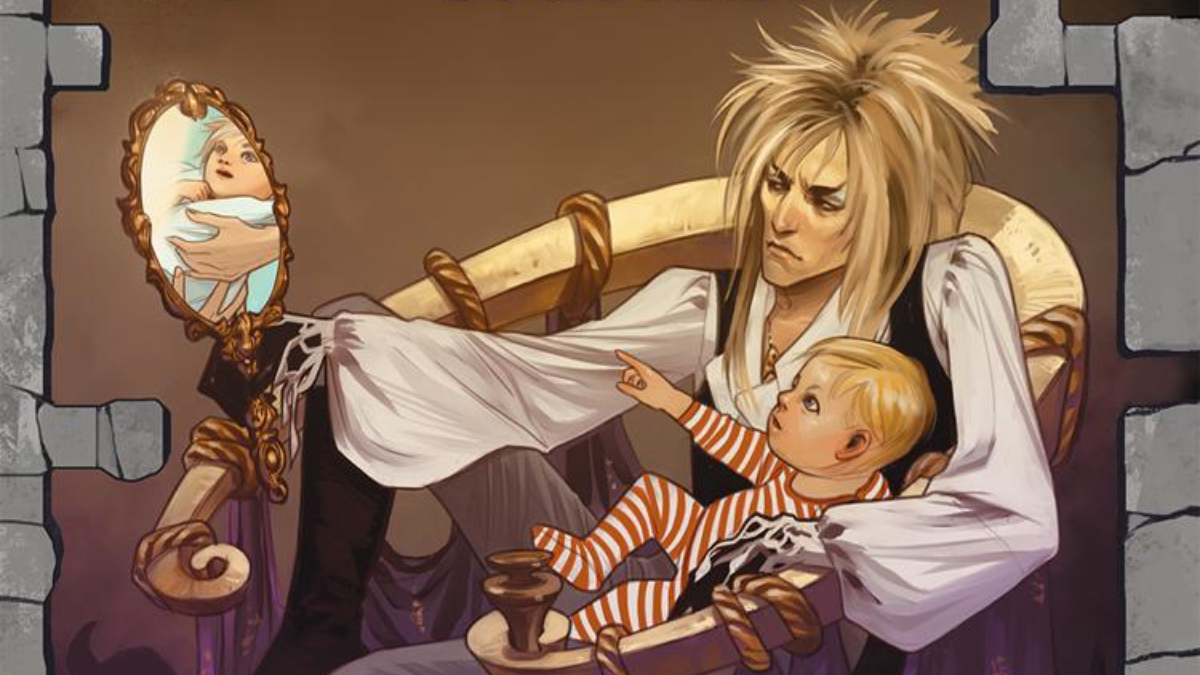