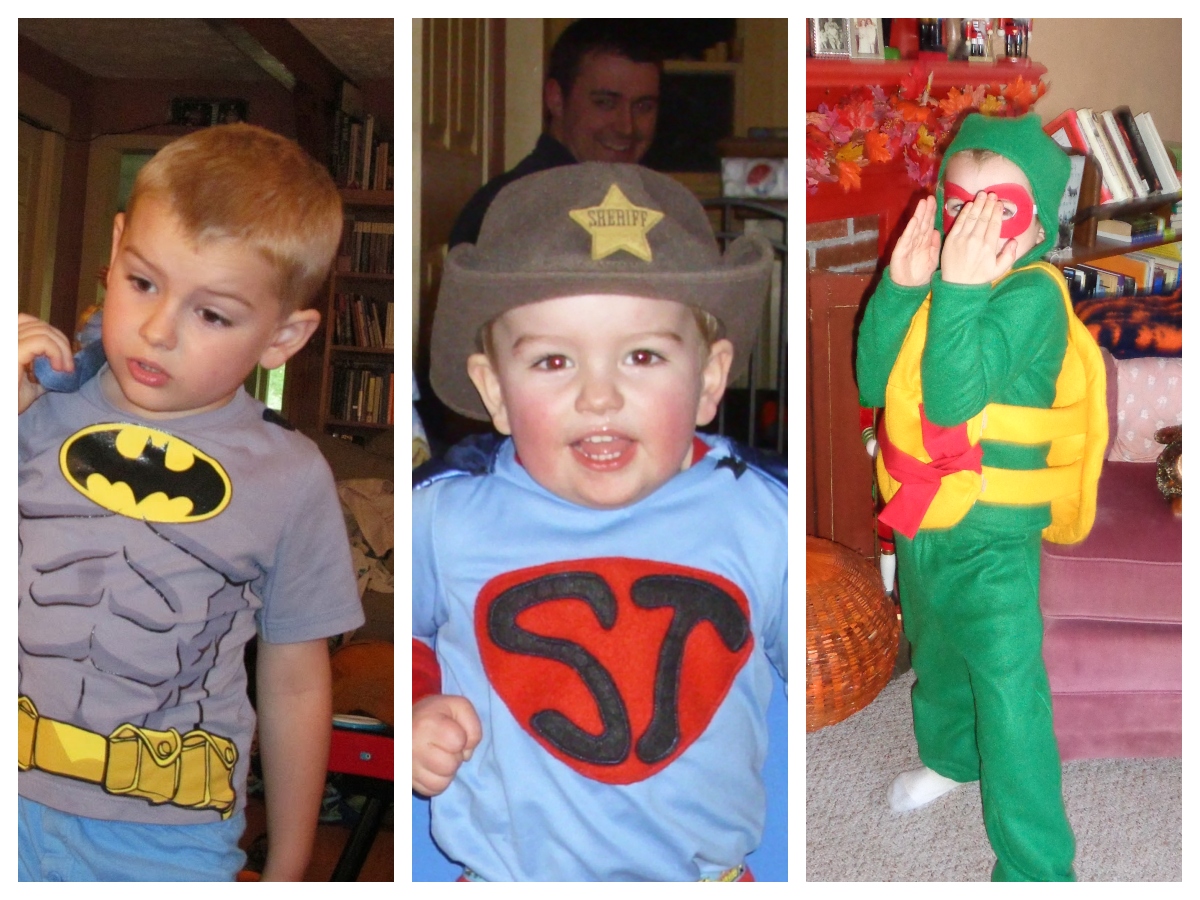 At the end of our adventures with phase one of the MCU, Iron Man (the character) was the clear favorite with my eleven year old, with Falcon coming a very, very close second. At the conclusion of phase two, both have been thoroughly dethroned, and a new champion has won his heart.

Phase two consists of six wildly different movies. It contains one of my favorites, one of my least favorites, and some of Captain America’s best lines. In my first viewing of the MCU, Avengers:Age of Ultron emerged as one of my top five movies, while Captain America:The Winter Soldier and Iron Man 3 remained closely linked at the bottom. Watching them through the eyes of my son, Ultron remains high on the list, but both of these other movies improve greatly. In fact The Winter Soldier contains some of the best lines in the whole universe in my opinion, mostly in the dating dialogue between Cap and Black Widow. Though the barbershop quartet line might be my favorite.

Iron Man the man, if not the movie, remained top of his list while watching the first movies in phase two. In Iron Man 3 he loved the relationship between Harley Keener and Tony Stark. What kid doesn’t? We very quickly restarted our conversation about man vs enhanced man. We both agreed that one of our favorite scenes was when Tony Stark (decidedly not Iron Man in the moment) and Rhodey (also not War Machine in the moment) were shooting at bad guys, Tony badly and Rhodey with great precision. The movie makes a point to highlight the difference between a man who is very clever and rich but just a man, and a man with decades of military training. Who can shoot out a light bulb from that far away and around a corner?

In a surprising turn of events Thor: The Dark World (one of my favorite movies) edged out the other movies to his number two spot in phase two. When I asked him why he enjoyed it so much, as I have been asked many, many times, for him it really was the sheer glory that is Tom Hiddleston. His love of Loki cemented firmly at several key points during The Dark World. His favorite scene is towards the end of the movie, it seems to be classic Loki, pretending to help but then betraying Thor in pursuit of power and glory. But in a neat turn around and now classic scene, the betrayal itself was the illusion. Loki was actually helping his brother. In Toby’s words, echoing many; “You never know what he’s going to do!”. The Loki sense of humor just hits that sweet spot for him too. When all of Thor’s friends are threatening Loki with pain and death if he betrays Thor, Tom Hiddleston delivers the classic “Evidently there will be a line” line. It’s one of the things that Toby keeps chuckling about every few days since watching the movie.

I had been highly concerned about watching Guardians of the Galaxy with him, more so than any other movie. Guardians has much more adult themes, much stronger innuendo than even Iron Man, and well the Jackson Pollack reference, but that at least I knew would go straight over his head. I pre-warned him that I had concerns about showing him the movie, but my memory again played tricks on me, and the movie was not nearly as damning of my parental judgement as I had recalled. As an adult you forget just how much goes over their heads sometimes. I watched The Simpsons with my dad in the 90s and didn’t get half of the humor, likewise my precious child had no idea why Quill had a woman on his spaceship that he had forgotten about. A warning note, any child watching this movie will be singing “Hooked on a Feeling” for days afterwards.

At this point in the MCU there is a lot going on, a lot you know is coming, and frustratingly a lot of things that Marvel alludes to but never actually explains. I’m sure they think it’s charming to refer to things that haven’t occurred on screen, but to an eleven year old watching with his mother it just leads to a lot of pausing and frustration. We paused far more during phase two than during phase one, mostly to connect the dots. I rewound the Mjolnir scene in Age of Ultron so many times, because when it got to Cap’s turn to try and lift the hammer, my darling child kept blinking, or looking away, or chatting. In my mind this is one of the most glorious scenes in the entire franchise, and I desperately needed him to see it. At the end of the movie when they are discussing the worthiness of an elevator that can move Mjolnir up and down, he almost lost his mind laughing so hard. For days afterwards he kept re-telling that gag to anyone who would listen. I dread to think what will happen the next time we are actually on an elevator.

Ant-Man brought us to the end of phase two and my son’s whole MCU worldview was turned on its head. The incomparable Paul Rudd dethroning Iron Man, and the Falcon, and installing Scott Lang’s Ant-Man as the favorite superhero of the eldest Pinault child. I thought he had laughed about Mjolnir and the elevator, that was nothing, absolutely nothing, compared to the laughter during the Thomas train set battle. Everything he loved about RDJ’s Iron Man, he preferred about Paul Rudd’s Ant-Man. Basically he wants a suit that will enable him to do all the things, and Ant Man’s suit can do what Iron Man can do, but also get smaller. We re-watched the clip where the toy Thomas gets large so many times the next day, more than any random internet video we’ve ever watched before. I can’t say he was happy with the kissing at the end of the movie, but he did enjoy Hank Pym’s reaction to it. 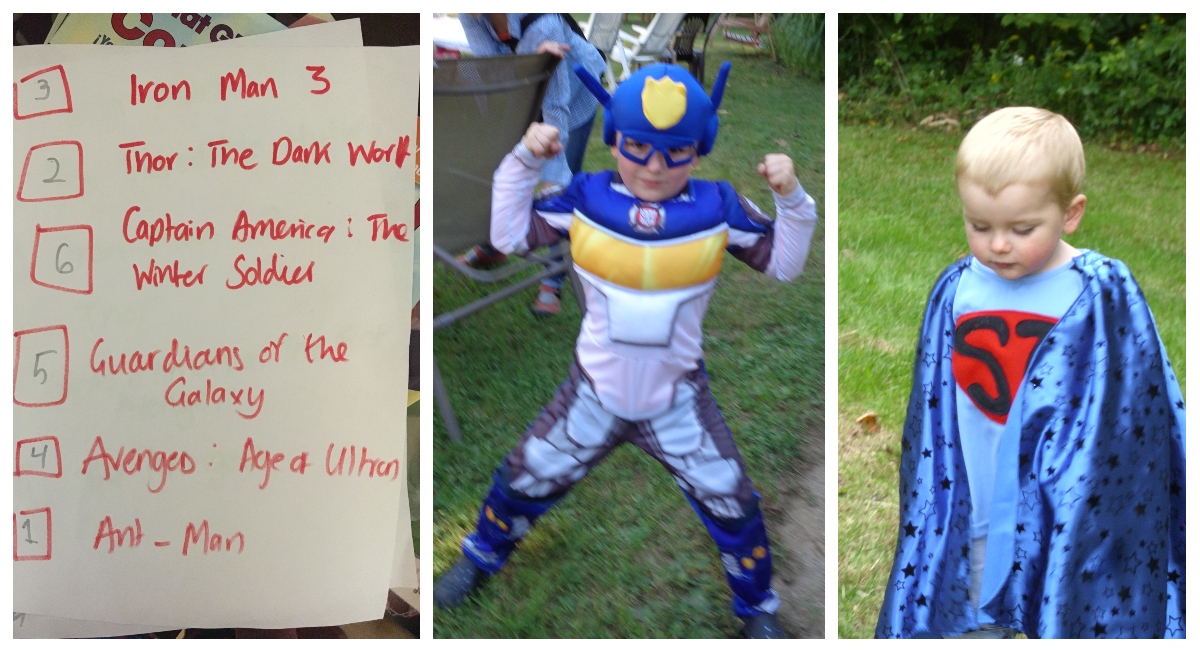 We are both thoroughly enjoying exploring this universe together, and I find myself enjoying different things watching these movies through a second time with my son. His pure joy masks some of my doubt and sarcasm. His curiosity is contagious. I find myself noticing different things, and enjoying different storylines, just for seeing them through his eyes. Despite not being a lover of the comic books, one of his favorite things is watching for the Stan Lee cameo. Then there is his love of Tom Hiddleston and Paul Rudd, well what can I say, the boy has taste. 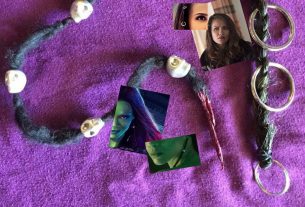 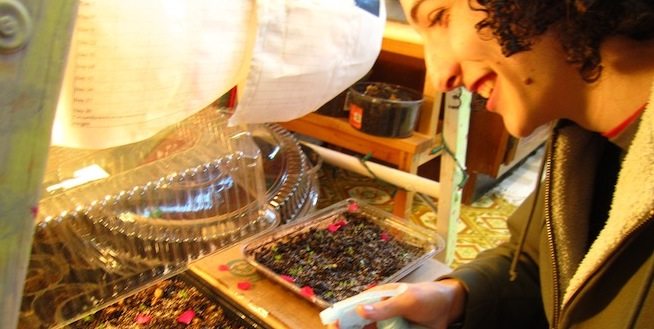