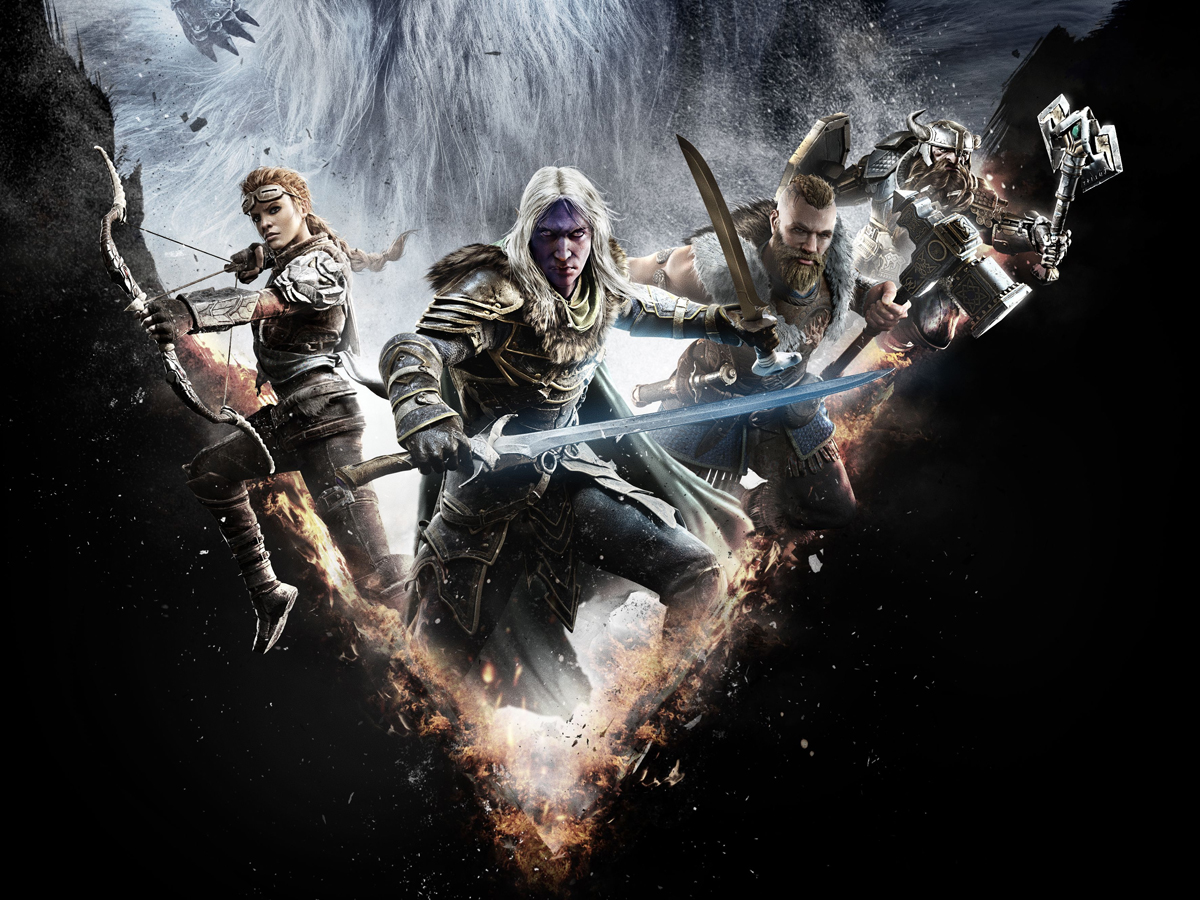 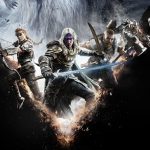 Wizards of the Coast has announced a summer of Drizzt events, a multimedia/multiplatform series of releases featuring the Forgotten Realms and the iconic Drizzt Do’Urden. As the central character of over 30 novels, Drizzt has been explored in a huge array of situations, such as a coming-of-age story facing domestic/childhood abuse, racial discrimination, and forging a found family and epic battles like facing overwhelming odds against a clan of giants. Drizzt’s reputation is greater and grander than any other in Dungeons & Dragons history, and he’s finally getting his own season of new features. These features include the new video game Dark Alliance, a special release of Magic: The Gathering, a video short called Sleep Sound, and a whole new section on the D&D website entitled “Legend of Drizzt.” Read on for breakdowns of these new features, and see the videos including an interview with R.A. Salvatore himself.

This new roleplaying game comes to PC, Playstation, and Xbox in precisely one month! Featuring heroes like Drizzt Do’Urden, Catti-Brie, Bruenor, and Wulfgar, the story here takes place after the momentous Crystal Shard storyline and includes countless iconic villains of the Forgotten Realms. Dark Alliance was developed by Tuque Games partnering with Wizards Studio and has included R.A. Salvatore’s participation from the beginning. Salvatore even went so far as to say he trusted the team with his characters, which is high praise coming from any author! While we haven’t had a chance to review the game yet, it promises to be a dynamic game with a low barrier to entry. We can only hope it lives up to the (considerable) hype.

Next up in our lineup is the newly announced Magic: The Gathering crossover featuring iconic characters from the Forgotten Realms in the M:TG universe. We don’t know a lot about this set yet, but we do know it will feature Drizzt and his chosen family as legendary creatures, and that Lolth, the Spider Goddess, will make an appearance as a planeswalker. At first, I was disappointed to see that Drizzt didn’t make the cut as a Planeswalker, and then I was immediately hit by the logic of it. Drizzt isn’t special because of the Spark (the inborn power that allows planeswalkers to cast spells and shift through the various planes). Drizzt is special because he’s fundamentally relatable in his character, his struggles, and his convictions. Placing Drizzt on the path of a planeswalker wouldn’t be a good way to tell his story. Instead, he’s a hero, a legendary champion, one of those who fight the planeswalkers when necessary, and sometimes win. We’ll post more information on the sets, including the starter kits, booster packs, and more after we’ve got more concrete info to share.

Wizards of the Coast calls up one of the most iconic authors alive today and asks him to write a lullaby. No, this isn’t a terrible joke setup. This is a real situation R.A. Salvatore found himself in when asked to write a lullaby for a video voiced by Benedict Cumberbatch. Watch it below:

Visuals are key to understanding the message, as the animation reveals the path Drizzt took when he left his home. Despite the lyrics of the lullaby repeating the manipulative and evil tenets of Drow society, we can see Drizzt rejecting these paths in search of a better life. He left his home after refusing to kill innocents in their sleep. He was an outcast, a hermit, and lived for a decade in solitude. Eventually, he found friends who became his true family. Together, they faced impossible odds and flourished. Drizzt proved the abusive teachings of Menzoberranzan wrong at every turn, finding comfort in the overworld, warmth in the snowy mountains, and a family who accepts him not for his conformity but for his struggle to be true to himself. To be perfectly honest, this video is one of the best representations of Drizzt, and certainly the most instantly relatable for me.

A new page on Wizards’ D&D website serves as a landing place for news regarding these projects and more. Watch videos and read about Drizzt, other characters of the Forgotten Realms, and his birthplace Menzoberranzan, while also finding more information on everything in this article, all in one place. One video, “All Things Drizzt,” features designers who worked on the Magic: The Gathering release, Dark Alliance, and Sleep Sound, along with an ongoing interview with R.A. Salvatore himself. Watch the full video below, and decide how hyped you are for this summer.

Click through to read all of “All Things Drizzt—Hot Summer Reveals for Forgotten Realms” at GeekDad.If you value content from GeekDad, please support us via Patreon or use this link to shop at Amazon. Thanks!

Geek the Library Asks “What Do You Geek?”