I know this isn’t a uniquely Indian phenomenon, and I’m sure most people don’t mean to offend, and that is why Indians usually just accept whatever name people offer, just to get past that same conversation yet again. Instead, this is intended to help those of you who would actually like to get Indian pronunciations right but just don’t have a handy-dandy guide to help you.

I can’t speak for every language on the Indian subcontinent, but I do know Hindi. And here’s what I can tell you. Hindi is a phonetic alphabet. Which means that the way it is spelled (in Hindi) is how it is pronounced. If I’m ever in doubt about a pronunciation, I look up the Hindi spelling. Sure, that’s handy if you know the language, but not so much for the rest of the world. So here’s a quick primer on the Hindi language. It is broken down into 33 consonants and 11 vowels (though one—ri—contains both a consonant and vowel sound).

In researching this post, I came across this great wikiHow post on how to learn Hindi, so if you’re interested in going further, check it out.

But for the purposes of learning names, there are some key points about the Hindi alphabet that need to be considered.

Transliterating Indian names into English can be difficult. You will find names that seem similar that are spelled differently because parents translated (or rather, transliterated) the original differently. The English language, after all, has 5 (sometimes 6) vowels doing the work of 11. So the confusion is understandable. Often, mispronunciations come from choosing the longer vowel sound in the pair rather than the shorter:

Ri – this one’s got a consonant and vowel in one! How convenient is that?!

And for now, I won’t even get into the silent “a” at the end of many Hindi words, beyond saying it’s Shiv not Shee-vaa.

There are a fair number of consonants, and they sometimes seem similar. The difference in many cases is aspiration. Meaning, some letters sound like you can say them while holding your breath, while their pairs sound the same but with an exhale. Oftentimes, we don’t realize that we do exhale as we make the consonant sound, but there is a difference. If you can recognize the slight difference, it can help your pronunciation. I’m not going to go into detail over all consonants, but I believe the following ones are the ones that are most frequently mispronounced:

So I’ll just go through some common Indian names and write out the pronunciations. The ‘ symbol represents the stressed syllable.

Gautam – Go’-thum OR Gau’-thum, either is legit so be sure to ask.

Ketan – Ke’-thun (where the ‘th’ is like in think or throughput, not t as in tank)

Raj – Raaj (like Roger without the er, not Razh)

Jain – rhymes with plan, not rain

For a large number of the examples above, the stress is on the first syllable. This is not universally true, but often is the case. Many three-syllable names stress the middle syllable, but not all. Nirmala is an exception.

If there are any Indian names that you’ve had trouble pronouncing, I’m happy to help in the comments below. 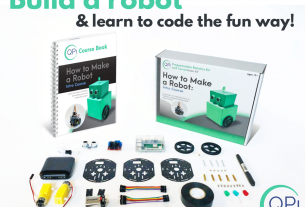