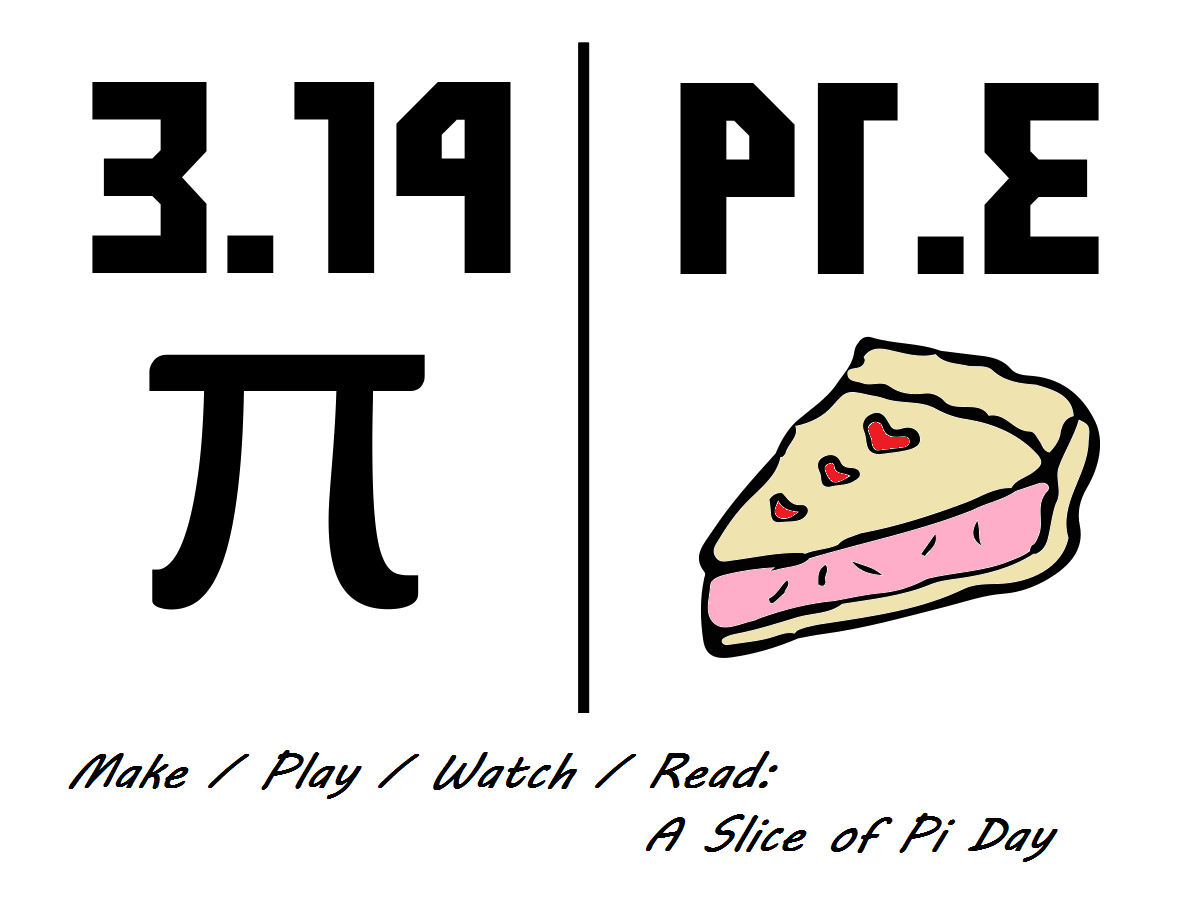 Pi Day has rolled around again—at least for our GeekMom readers based in the USA. Officially, there are two Pi Days during the year. Because, let’s face it, we always want more Pi. And everyone loves a theme day that involves food… Wait, what? There are no food references in this Make/Play/Watch/Read? How can you have Pi Day without actual pie?! That‘s a little irrational.

Pi (ℼ) is the ratio of a circle’s circumference to its diameter. The diameter is the distance from one side to the other through the center. The circumference is the distance around the edge. It’s also known as Archimedes’ constant, named after the great mathematician who realized the same concept. The reason we have these two dates is because pi is often approximated to either 22/7 or 3.14159. However, it cannot be expressed as a common fraction nor does its decimal representation ever settle into a pattern. Thus, it is an “irrational number.”

Search “Pi Day” and you will find a never-ending supply of pie recipes and ideas for your celebrations. Maybe that’s the joke. However, there are better ways to fly your geek flag and celebrate all your mathematic madness: t-shirts.

Fellow GeekMom Ruth gave us a classic Pi Day article with free geeky t-shirt designs for Pi Day. She even went as far as giving us the SVGs (Scalable Vector Graphics) to load into Silhouette Studio or Cricut Design Space to create our own. My absolute fave is this:

We had a few game ideas tossed around the GeekMom watercooler. D&D is always a great suggestion because it involves mathematics when calculating your progress in the story. GeekMom MAJK also suggested any MMORPG with an auction house, as they help kids understand math, money, and economy.

For some online math-related games, MAJK also suggested JumpStart.com, with a range of online games designed for kids to work through core mathematic concepts. In the same field, GeekMom Jenny recommends the Dragon Box series of apps.

However, the crown for Geek Gamer this week goes to GeekMom Nivi and her suggestion for Trivial Pursuit. We’re talking traditional classic Trivial Pursuit, with the tiny pie pieces and a whole section for science and math questions to fight over. 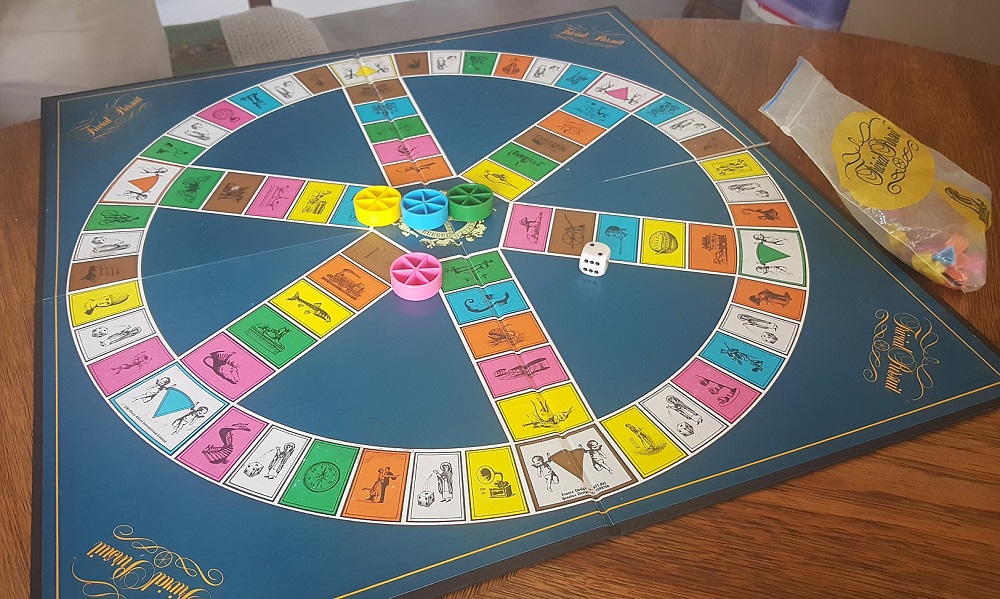 Trivial Pursuit was originally created around 1980 and is now old enough to be considered wise but young enough to be considered cool and retro. The game is based purely on general knowledge and pop-culture questions. The questions are split into six categories: Geography, Entertainment, History, Arts & Literature, Science & Nature, and Sports & Leisure. Each section comes with its own color pie-piece. You have to collect a piece from every category to complete the game. Essentially, you only have yourself to blame when you lose.

The game peaked in popularity around the mid-1980s when almost everyone I knew had the game or some variant of it. And there are a LOT of variants. Too many. There are Genius, Family, Master, and Junior editions. There are variants dedicated to specific time eras, such as the 1960s or Special Baby Boomer edition. There are versions based on geographic regions, from the USA to France and down under in Australia. There are, of course, special geek editions like Star Wars, Disney Princesses, Lord of the Rings, Power Rangers, and World of Warcraft. And if you are still in Lockdown/Quarantine, you can even play online.

If you’re looking for a slice of the gaming action on Pi Day, crack open the Pursuit and show off the mad knowledge you gained from Lockdown Boredom.

One of the most important movies you can ever see about mathematicians is Hidden Figures. And before you jump at me, be aware that this is a hill I am prepared to die on.

It is the story about the absolutely amazing Black women who played an important role in the early days of the US Space Program. It focuses on three women who made an impact on events at the time and were not given the respect or recognition they deserved.

Hidden Figures is a brilliant movie in both storytelling and characterization. It is also the most aptly named movie ever. EVER. (Check out GeekDad Rob’s 9 things about the movie here.) Until this movie was released in 2017, the story of Katherine Johnson, Dorothy Vaughan, and Mary Jackson was something I might have vaguely heard via some small social media post somewhere. It sure as hell wasn’t front and center of any history class, nor was it highlighted in any science text. In the words of one of our great GeekMom founders (Corrina Lawson):

“It took FIFTY YEARS for this story to reach the mainstream. FIFTY YEARS.”

During that time, many school girls would hear more about “boys are more naturally inclined to mathematics and science” than any examples of women in math and science. White students would receive more support for education programs than Black students. The truth is Johnson, Vaughan, and Jackson (and their support teams) did more for Space Programs around the world than we will probably ever give them credit for. In fact, if there is one thing more constant than pi it is the lack of respect we give to mathematicians and scientists everywhere.

Whether you have seen this movie or not, this is the movie you should watch on Pi Day.

For every kid who ever raised their hand and asked their math teacher, “Am I ever going to need this in my life?,” this is the book for you. Read it when you receive your exam result back and find out you lost 5-marks for having the decimal point in the wrong place. Or when you calculated how much icing you need for a round cake but used the diameter instead of the radius. (BTW: the formula calculating the icing area of a round cake is A=ℼrh+2ℼr2.) 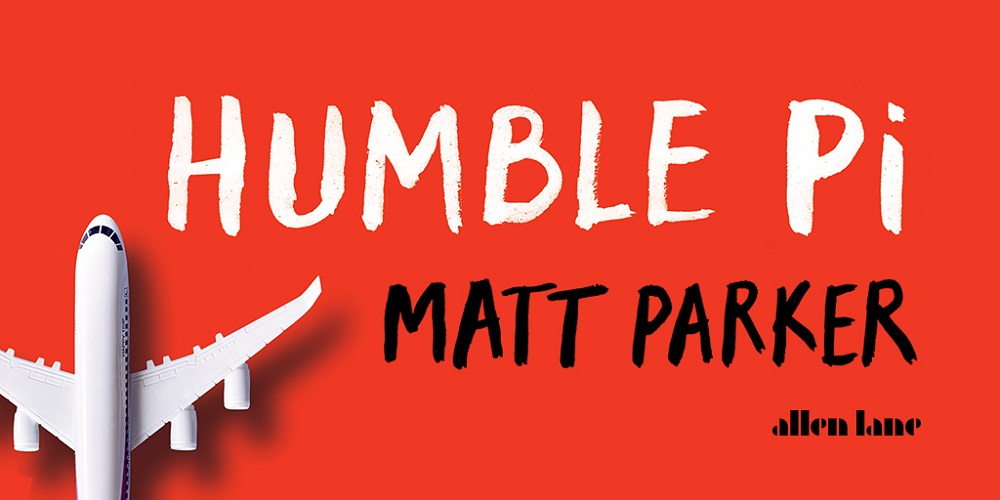 Parker has brought together a collection of real-life situations around the world where simple miscalculations have created disastrous or sometimes hilarious results. With 20/20 hindsight, it is easy to pick exactly the moment in time where things went horribly pear-shaped. However, it is also easy to see where you went wrong in a math exam after you have the answers handed back to you. The key element for Humble Pi is the easy-reading delivery from Parker, who is both a qualified mathematician and popular comedy presenter. Parker takes the time to explain how things can go wrong (often spectacularly) but he never over-explains nor assumes the reader is an idiot. Both my 11-year-old and 14-year-old love reading this book and sharing it with friends. Extra parenting points because they now take extra care with negative calculations and decimal point placings.

Pi Day is a sweet success for those of us promoting the importance of mathematics in our lives. Feel free to come back for seconds for your Pi Day celebrations, or share your own ideas on our Facebook comments. 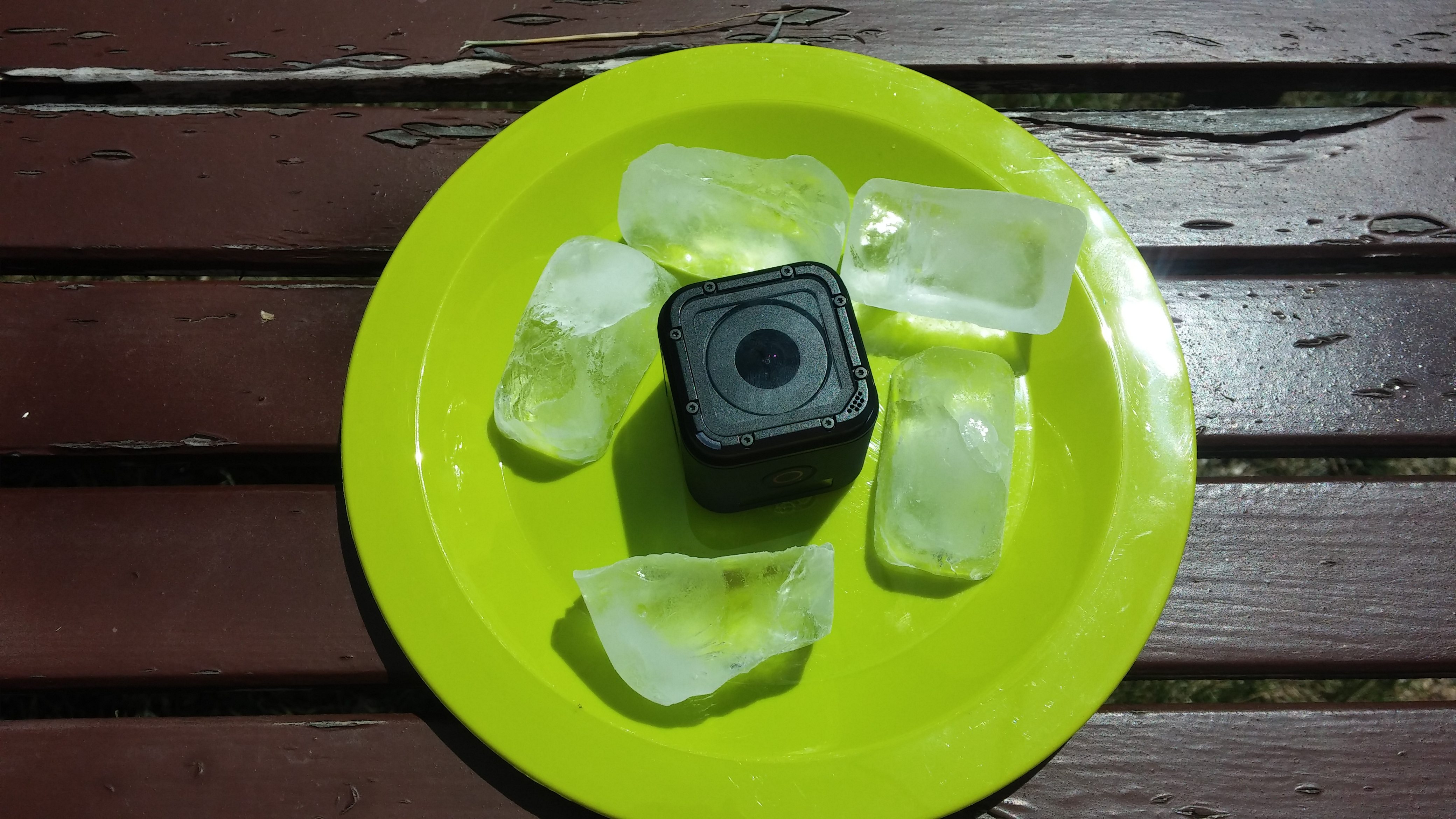 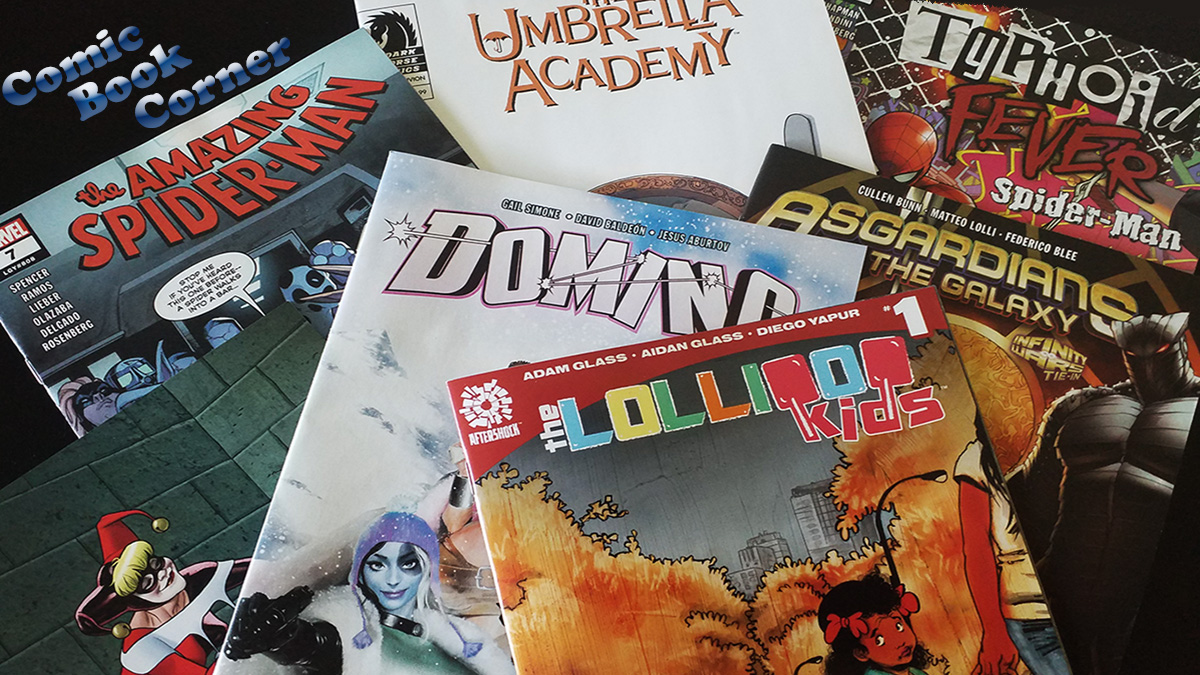