Nestled among costumes, gamers, robots, and 35,000 (or so) attendees at Dragon*Con is a film festival that has seen a few changes over the years but is as old as the conference itself. This weekend the Dragon*Con Independent Short Film Festival will kick off its 11th year with Backyard Blockbusters, a documentary about fan films written, directed, and produced by fan-film creator John Hudgens.

The film features interviews with fan-filmmakers from a breadth of properties as well as the creators of some of the original content. Viewers get to hear from people like Timothy Zahn, Paul Dini, and Walter Koenig, as well as an assortment of well-known pop culture commenters. Fan films represented include:

Backyard Blockbusters creator John Hudgens is known for his own award-winning work in fan films, including The Jedi Hunter and Sith Apprentice, both Audience Choice winners at the Lucas/Atom Official Star Wars Fan Film Awards. In 2005, Lucasfilm selected his short film Crazy Watto to run at the Cannes Film Festival.

“I got started in fan films kind of by accident,” Hudgens said. “I’d already made something of a name for myself in fan circles because of the music video trailers that J. Michael Straczynski commissioned me to do for Babylon 5, which were an extension of similar things he’d seen of mine that I’d done on my own, syncing clips from various movies and TV shows to appropriate popular songs for music-video dance parties at various conventions in the southeast.” For example, Hudgens combined Jeff Lynne’s “Let it Run” with footage from The Wizard of Speed and Time and Weird Al’s “Yoda” with footage from the Star Wars trilogy. “It’s the same thing the vidders are doing now on YouTube, but I was doing this as far back as 1985,” he said.

Fan films in general have a long history that well-predates the YouTube generation and even the home movies you made with your friends, plastic light sabers, and your dad’s clunky VHS camcorder in the 80s. In the book Homemade Hollywood

, Clive Young writes that the earliest fan film he found dates from the 1920s, when two itinerant filmmakers would go from city to city claiming to be from the Hal Roach studio and making fake “Our Gang” shorts with local children–part of one version of these from Anderson, SC appears in Backyard Blockbusters. Robbins Barstow (who is also interviewed in the documentary but has since passed away) created his own Tarzan fan film in 1936. He was also known for perhaps one of the most famous home movies ever, Disneyland Dream.

Hudgens added of his own history, “I was involved in a Doctor Who parody back in the mid-80s, and through tape-trading and APAs I was aware of other similar projects, like Ryan K. Johnson’s Star Trek: The Pepsi Generation. The word “fan film” didn’t exist back then, and wouldn’t come into widespread usage until after Kevin Rubio’s Troops in 1997.

Backyard Blockbusters includes discussion of the issues fan creators face with copyright, especially in the context of the increasingly impressive quality of “amateur” work. Some original content owners are more litigious than others, and some welcome fan work as an extension of their popularity. Hudgens said that Lucasfilm has been the best of the studios for their approach. “They’ve been incredibly supportive of the fan-film community,” he said, “establishing the official contest with AtomFilms in 2002, offering cash prizes, a really cool trophy, and the fact that George Lucas himself was picking the grand prize each year.” In the documentary, Steve Sansweet talks about how after the release of Revenge of the Sith, Lucasfilm relaxed a requirement that entries in the contest be only parody, mockumentary, or documentary. Unfortunately, the films from this competition were all removed from Atom in 2011, and there was no contest held this year.

In contrast, MGM sent a cease-and-desist letter in 2005 to the creators of Call It A Stargate five episodes into the fan series. (That production had also begun by charging people £10 for the DVD of the series, which many fan films do not do.) Planned fan films based on Lost in Space and Max Payne have also been shut down by the copyright holders.

Some viewers find that the continuing improvements in quality make fan films equally or more interesting than the original works. But those improvements certainly don’t make the hobby a less expensive undertaking, and it’s not a cheap one to begin with. In an extended interview from the documentary, James Cawley of New Voyages says that although they didn’t start filming until 2003, he actually started building the sets and costumes in 1996. “I stopped counting money at a hundred thousand,” he says. And that doesn’t even count distribution. Hudgens said, “Many of the bigger modern fan films, such as Batman: Dead End, Doom Raiders, Grayson, or George Lucas in Love, pre-date YouTube, since it didn’t arrive on the scene until 2005 or so, which is why sites like TheForce.net were so important to the growth of the movement–they offered a place where they would host films for free, and shoulder the cost of the bandwidth–which could be massive.” He notes that Will Carlough self-hosted his creation, Robin’s Big Date, and the overage fees on bandwidth cost ten times more than the entire film.

Creating the films is not without reward, though. And while it may not often be monetary reward, it can be stunning geek-reward. Part of Pink Five‘s prize for winning the 2003 George Lucas Selects Award was to have the film remixed at Skywalker Ranch. “Here’s this goofball little movie that I made, and I get to mix it at Skywalker! It was the most amazing thing,” said Pink Five director Trey Stokes in his extended interview.

Those attending Dragon*Con can see Backyard Blockbusters at 10 a.m. on Friday, August 31. Those who aren’t so lucky can see it at the Secret City Film Festival in Knoxville, TN in September or keep up with future showings and the DVD release on the movie’s Facebook page. 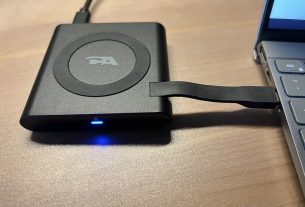